‘We have a lot of potential’: Maryland softball hopes to improve in its second series 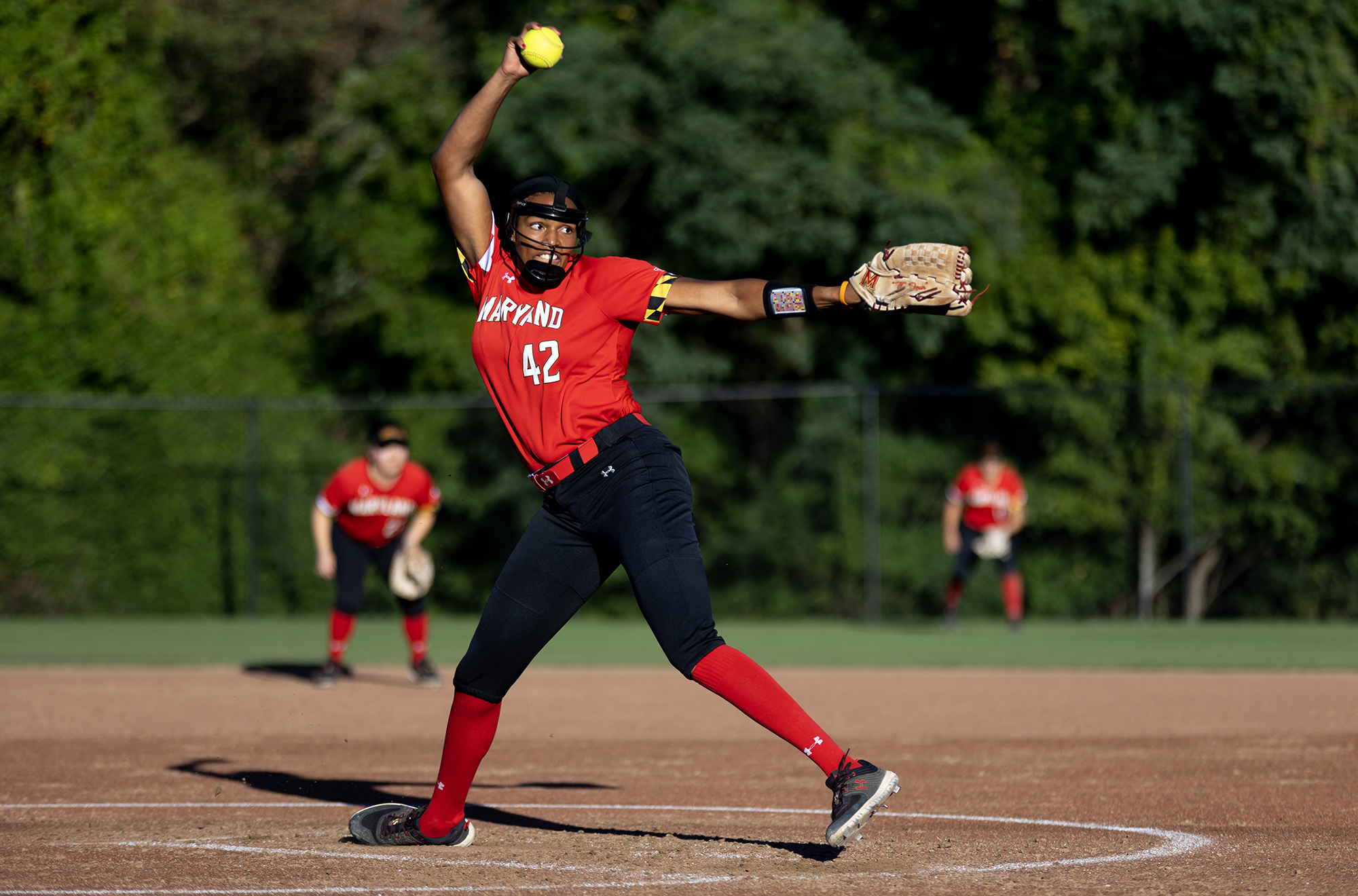 Maryland softball struggled offensively in the 2021 season, ranking in the bottom half of almost all offensive statistics among Big Ten schools.

Maryland’s offense hasn’t started this season as well as coach Mark Montgomery had hoped, either. Montgomery used mid-week practice to focus on specific areas his players needed individual work on.

Montgomery added he gave the players “a couple of drills each that they can focus on some things to get better at and then let them do the work.”

Through the Terps’ first four games of the season, only three batters have a slugging percentage higher than .250. As a team, Maryland sits 11th in the Big Ten in slugging, at a .329 clip.

Outfielder Megan Mikami has also stalled at the beginning of the season. Mikami, who’s started all four games thus far, is hitting under .200 and has only driven in one run.

Amelia Lech came into the season as a true freshman and she got immediate playing time. However, Lech has stumbled as the new starting catcher. Like many of her teammates, Lech’s batting average sits below the Mendoza Line at .182.

Maryland’s first four games have been a roller coaster. The Terps started their season in losing fashion, falling to No. 18 Tennessee 2-1. The Terps’ lone pitcher of the game was Trinity Schlotterbeck, who pitched well in the loss.

In its next game against Florida International, Maryland had its best day at the plate so far. Eight Terps recorded at least one hit and they feasted on all three pitchers the Panthers threw out on the mound.

Maryland’s offense in its next two games, both against UNC Greensboro, was hot and cold.

In its first matchup against the Spartans, the Terps got out to an early 3-0 lead — but the bats cooled down after. In the final six innings of the games, Maryland could only gather three hits. When the pitching lagged, the offense couldn’t pick up the slack.

Like in the first game on Saturday, Maryland’s offense finished with six hits. However, its offense played well in the biggest spots of the game, allowing the Terps to secure a 5-3 victory to move to .500 on the young season.

On the mound, Courtney Wyche has fared well for the Terps. Wyche has won both of her starts thus far, only giving up two runs in each.

“It was definitely good to be back. The biggest thing is getting into rhythm and I think we did a good job of coming out with a lot of energy,” said Wyche.

While pitching, Wyche’s offense has an impact on her mentality behind the rubber — “It makes me focus more,” she said.

Maryland’s upcoming stretch of games occurs in Orlando, Florida, when the Terps play five games in three days, all against different opponents.

The Terps bats will look for improvement and consistency to relieve some stress off their pitchers in their upcoming stretch this weekend.

“We have a lot of potential,” Wyche said. “And I know it’s definitely gonna keep going but the focus has to be higher.”