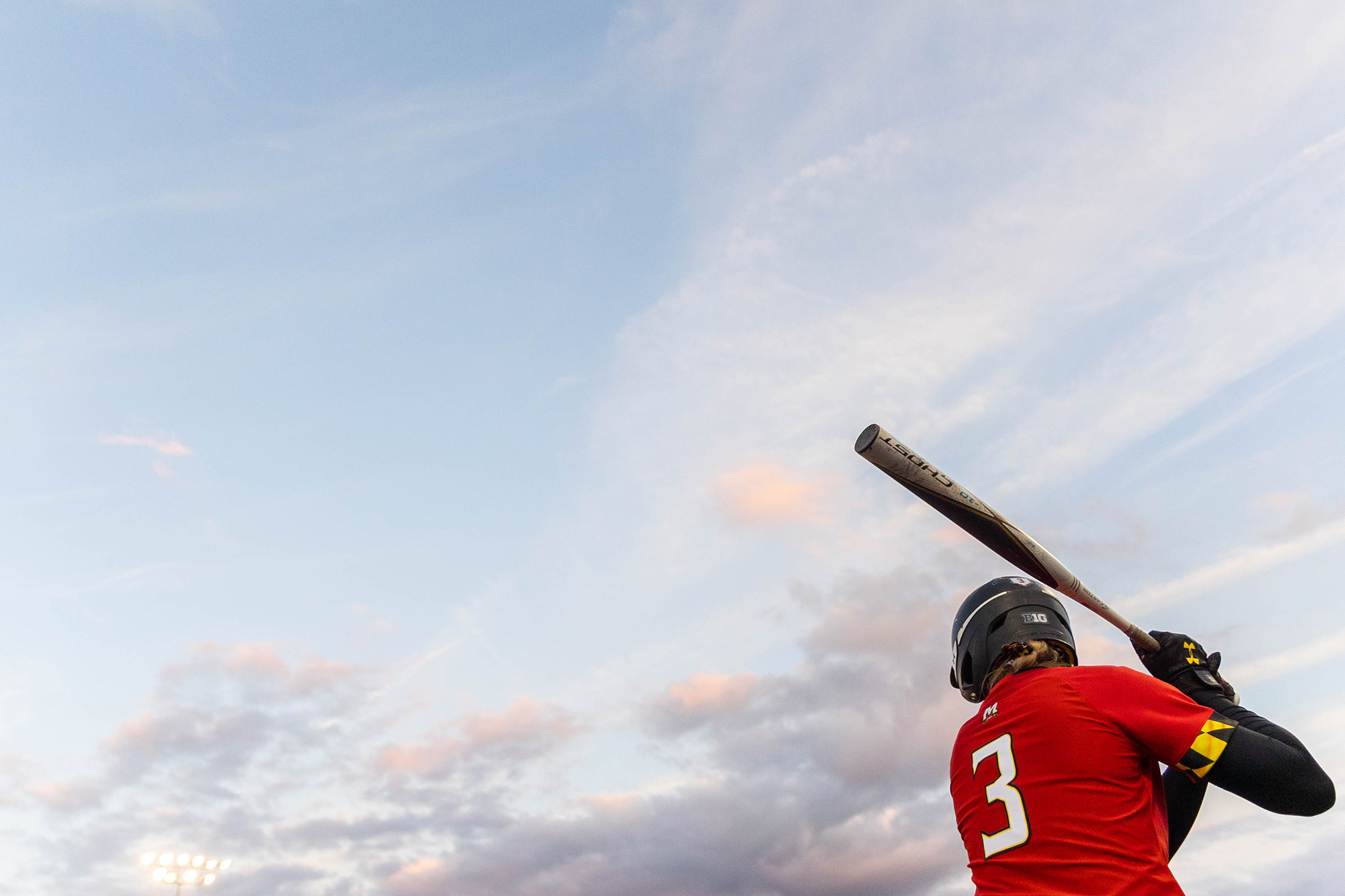 Playing softball in Florida in February with its 80 degree weather and bright skies may seem like a blessing to begin the season.

But for Maryland softball, that wasn’t necessarily the case.

In its first game on Saturday against UNC Greensboro, the Florida weather impacted Maryland in a big way.

After a scoreless start to the game, Maryland struck first in the bottom of the fourth for three runs. The Spartans came to bat in the sixth, still looking to join the Terps on the scoreboard.

With a runner on second and one out, UNC Greensboro’s Blayke Batten crushed a two-run homer to left field, putting the Spartans right back into the ballgame as Maryland’s lead trimmed to one.

In the bottom half of the inning, coach Mark Montgomery used a pinch hitter for Haley Ellefson, relying on his bullpen to close out the game.

Montgomery brought on Kyra Pittman in the top of the seventh with a 3-2 lead. Following a leadoff double, Pittman forced ground out to first.

That set up a runner on third, and with just one out against the Terps, there was a lot of pressure on Hannah Kincer at the plate for UNC Greensboro.

She used it to her advantage. Kincer hit the ball deep to left center, over the wall for a two-run bomb.

Just like that, Maryland’s 3-0 lead evaporated in two innings. When the Terps came to bat in the bottom of the seventh, they trailed 4-3.

Maryland responded with an RBI double from Trinity Schlotterbeck to tie the game and send it to extras.

Both teams scored in the eighth, but a Batten RBI single for UNC Greensboro in the top of the tenth was the deciding score. The Spartans defeated the Terps in extras, 6-5.

Schlotterbeck threw good innings in relief, but a combination of the intense heat and heavy use led her to be credited with the loss.

“We went to Trin, and I thought Trin battled really well, but now you’re playing every inning with a runner at second base, and that makes it tougher,” Montgomery said.

The Terps were in control of the game early. All they needed to do was shut down the Spartans’ offense for three more innings, and they would have moved to 2-1 on the season. Instead, their pitching faltered, allowing UNC Greensboro to get back in the game and ultimately win it.

According to Montgomery, the weather significantly affected his squad.

“We’ve not practiced outside in anything above 70 degree weather probably in four or five months. We’re not used to 80 degree heat, sunshine bearing down on us like that,” Montgomery said.  “It took its toll and wearing out our pitchers. I maybe stayed with Haley a little too long, and we went to Kyra, and I’m not sure she was ready for that moment yet.”

Schlotterbeck started Maryland’s first game of the season and pitched well, throwing all six innings and giving up only two runs on four hits. Despite that, with Maryland’s offensive struggles, Schlotterbeck was charged with the loss.

Given a 1-0 lead entering her second inning of work, Schlotterbeck pitched out of a jam as the Lady Volunteers left two runners on base. In the third, Schlotterbeck put the leadoff hitter on base. But this time, Tennessee scored a run on an RBI single to tie the game at one apiece.

In the bottom of the fifth, the Florida heat got to Schlotterbeck on the mound.

Once again, Schlotterbeck allowed the first hitter of the inning to reach first. Like in the third, Kiki Milloy notched an RBI single, this time giving Tennessee a 2-1 lead. Tennessee held onto its one-run lead in the final two innings, giving Maryland an 0-1 start to the season.

In Maryland’s first loss, it was Schlotterbeck who wasn’t used to the Florida weather. But in the Terps’ second loss, Ellefson and Pittman were affected.

On Sunday, the weather impacted the game in a different way. Heavy rain and storms caused the Terps’ scheduled matchup with Tennessee to be canceled. “It just rained all night and storming today still … just not a good day for softball,” Montgomery said.

Safe to say, this past weekend’s games did not go exactly as planned for Montgomery.

It didn’t matter who was on the mound for Maryland in its first weekend of playing, or even that the Terps planned to play on Sunday. The weather in the “Sunshine State” made sure to leave its mark on Maryland’s start to its 2022 campaign.