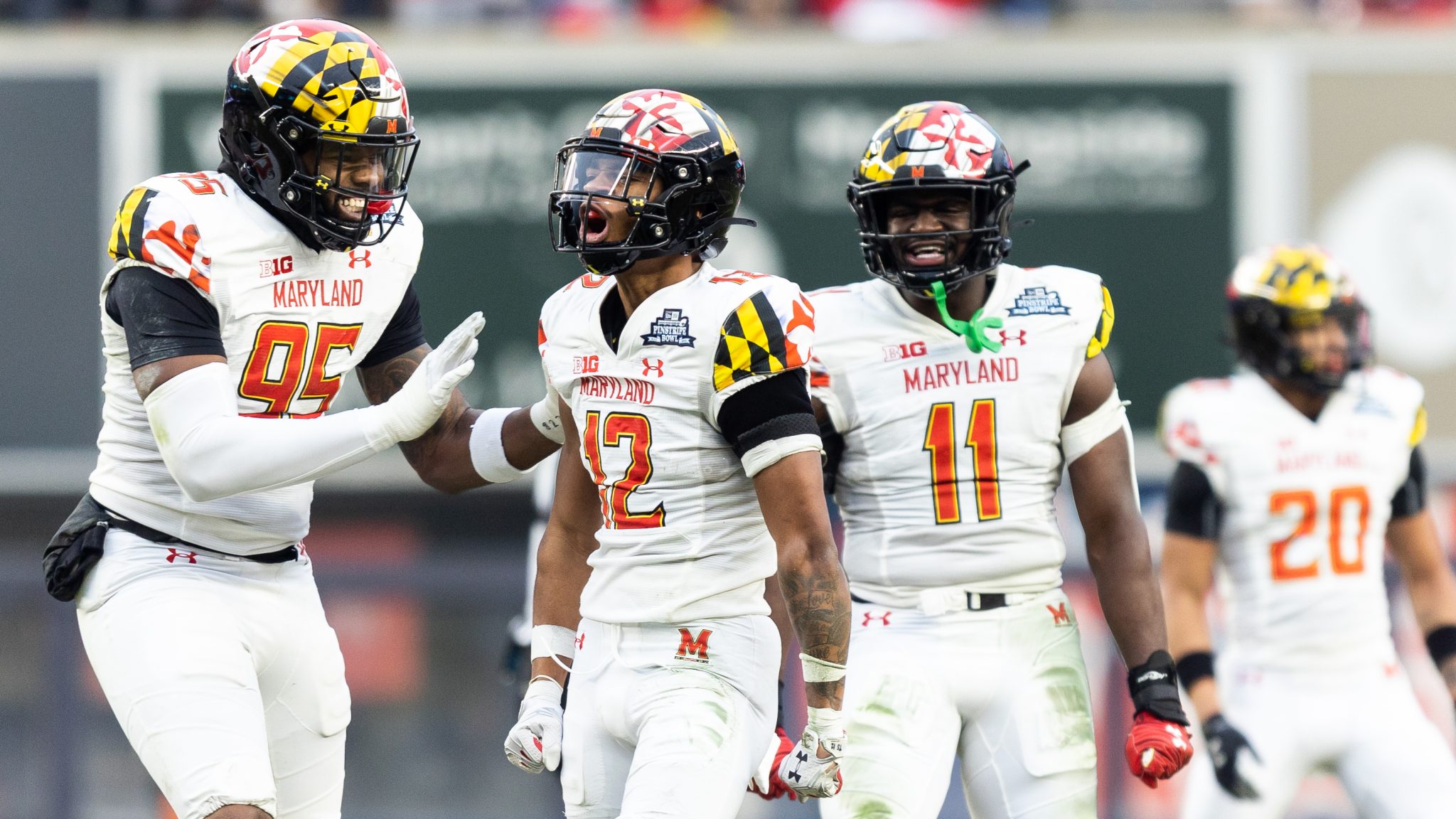 Still weaved his way through Yankee Stadium, making a 92-yard house call the first time a Terp had even touched the ball during the Pinstripe Bowl.

“It actually felt real good,” Still said. “The guys have been bugging me about it all year.”

As Still crossed the goal line into the end zone, what has been the Terps’ weakest link made its biggest impact on the grandest stage, and all three phases locked in for their most effective game of the season.

It was a brand new sight for Maryland, getting its first special teams touchdown of the season from Still. But, with a winning season and its first bowl victory since 2010 on the line, the Terps looked anything but unsure in a 54-10 throttling of Virginia Tech.

“Special teams become really important,” coach Mike Locksley said. “It’s a way to possibly steal points. We felt that Tarheeb has been really close and we just hadn’t given him, haven’t held guys up enough to get things started … I think it paid off with the punt return.”

Maryland has rarely been convincing this season. Besides monstrous wins over Howard and Kent State early, the Terps didn’t have too many domineering victories to hold up, at least until they secured bowl eligibility in a 40-16 pounding of Rutgers.

But all phases of the Terps’ game played to a high level that delivered a win. They hit Locksely’s beloved standard when it mattered most.

The Terps did have one guarantee: Taulia Tagovailoa was under center, and that has often been enough. He had an excellent game, amassing 265 passing yards and two touchdowns while completing 83 percent of his attempts. It was good enough to earn game MVP honors.

But it was those unexpected playmakers from all sides of the ball that made the game as one-sided and commanding as it turned out to be.

Still’s touchdown gave the Terps juice, though their first two offensive drives ended in pitiful punts. But the third time was the charm, as Tagovailoa sent a moonshot that landed in the waiting arms of Darryl Jones, who went 70 yards for his first career touchdown.

Jones had two scores, later making an agile cut to get free for a 32-yard touchdown. While the senior has been a consistent contributor, it wasn’t until potentially his last game that he made his biggest impact.

But the defense made the strongest statements throughout the evening. Maryland’s defense has, at times, succeeded, but they’ve rarely shouldered the burden of ushering the Terps to a win.

Come a chance at a long-awaited seventh win, Maryland’s defense gave no sympathy to the Hokies’ understaffed offense.

The Terps were clinical in tackling throughout the matchup, a rarity.

“This is the way we’ve gotta play team defense,” Locksley said. “They did a great job running to the ball, playing with energy, we tackled well for the most part, which is usually a concern when you come off such a long layoff.”

Maryland kept the Hokies scoreless in three quarters of play, only allowing a field goal and touchdown in the second quarter. The Terps held the Hokies to just 2.5 yards per carry, just about as ineffective as they’ve made a team all season.

The Maryland defense’s final statement came from Nick Cross and Greg Rose, who combined for a strip sack and a scoop-and-score.

Rose crossed the goal line and rushed toward left field to celebrate with the crowd that had traveled to see Maryland hoist the Pinstripe Bowl championship trophy.

“That was exciting, I think I almost got penalized [when] Rose scored,” Tagovailoa said.

It capped off the first game of the season that all three groups — offense, defense and special teams — had scored. It couldn’t have come at a more opportune time.

The Terps wanted to set a standard at the start of the season. It became a mantra referenced time and time again. But what led Maryland to a monumental bowl win and a possible turning point in the program was seeing every group live up to it — the standard.

“It’s just a great feeling when our whole team really dominates the game,” Tagovailoa said. “It’s just the hard work. I know we see what goes on in practice … it’s just great to see our defense get one in and our special teams as well.”