Maryland football set a standard in game one. The Terps lived up to it in game two. 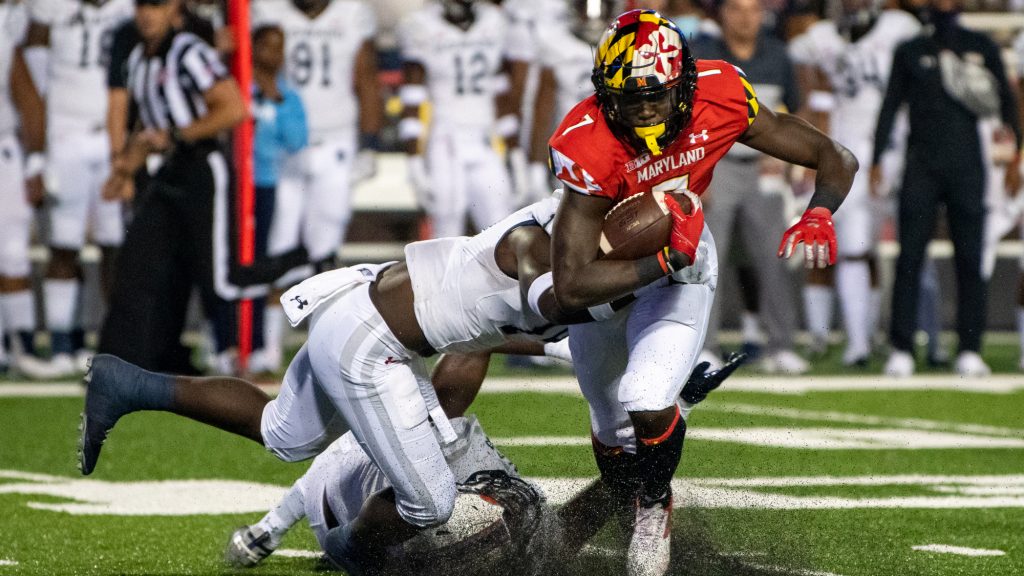 Before Maryland football took the field Saturday, coach Mike Locksley kept repeating one phrase to his team: the standard.

It didn’t matter who the opponent was, be it top-tier Ohio State or overmatched competition like Howard — Locksley needed his side to play with high intensity for a full 60 minutes.

The Bison could have been a trap for the Terps, coming off the high of a close win over rival West Virginia. While Maryland’s talent advantage never put it in doubt of losing, the Terps had to fight off the urge to look ahead to tougher competition and turn in a sluggish performance.

The Terps piled on early and often, never relaxing even as the game quickly got out of hand. The usual suspects on offense — quarterback Taulia Tagovailoa, the double wideout threat of Dontay Demus and Rakim Jarrett and ace running back Tayon Fleet-Davis — each played to their potential.

Tagovailoa was calm in picking apart the Bison defense, finishing 22/27 for 274 yards, three touchdowns and no turnovers. Demus led all receivers again with 128 yards and a score — his sixth straight game catching a touchdown pass.

No drive with the starters took longer than 3:04, capped by a 36-yard score from Jarrett to open the third quarter.

“Part of our standard is not looking at the scoreboard,” Locksley said. “[I] was really pleased with the way we maintained our mental intensity, regardless of what the score was.”

Each of those stars earned an early night off after that, letting little-used players see some action. And they didn’t miss a beat.

Backup quarterback Reece Udinski was a perfect 5/5 on his lone drive, while Carlos Carriere caught a touchdown. In the backfield, Peny Boone, Roman Hemby and Colby McDonald joined the points party, the latter taking his first career touch 11 yards for a score.

“When you play a lot of players, things tend to get a little sloppy,” Locksley said. “I didn’t feel like it got sloppy.”

But there were still some hiccups — particularly on the punt return team. Tarheeb Still muffed a punt, though ultimately recovered, and later collided with Darryl Jones as he was bringing the ball down. Then, an unsportsmanlike conduct penalty deprived the Terps of a midfield start to their drive.

[Maryland football wants to be versatile on defense. Greg Rose is just that.]

There were more nagging penalties, too. An offsides turned into a 32-yard pass that put Howard in plus territory for the first time. Later, Sam Okuayinonu hit Bison quarterback Quinton Williams after the play, gifting them a new set of downs.

“These things just are so irritating,” Locksley said. “I’ve had it up to here with those type of penalties.”

While those mistakes didn’t cost Maryland against Howard, cleaning those up will be crucial as Big Ten play dawns.

Still, the Terps hit their mark against the Bison. Now, it’s about building off these first two wins — the standard — and aiming higher for the rest of the season, starting Friday at Illinois.

“The standard is set,” linebacker Deshawn Holt said. “We just have to play to our standard.”