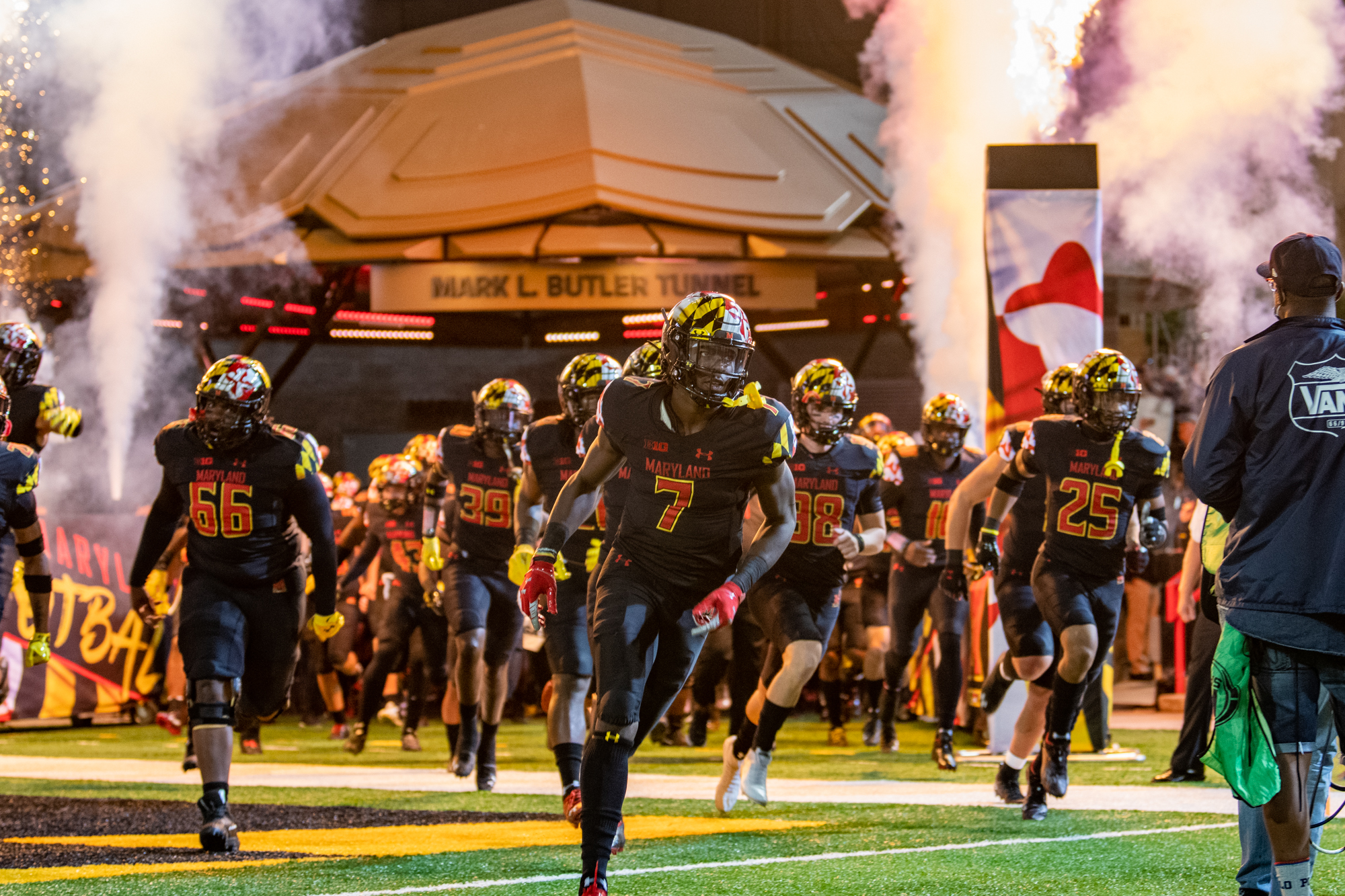 Dontay Demus enters the field with his team before Maryland football's 51-14 loss to Iowa on Oct. 1, 2021. (Joe Ryan/The Diamondback)

As Dontay Demus Jr. was carted off the field after suffering a knee injury on Oct. 1, he yelled to his teammates, “I’m coming back.” Demus didn’t return for another game with Maryland football in 2021.

But, come 2022, Demus will be back on the field leading the Terps’ wide receiver room. Demus will forgo entering his name in the NFL Draft and play his fifth season for Maryland, he announced Thursday evening on Instagram.

Demus will take advantage of the extra year of eligibility given to all collegiate athletes affected by the COVID-19 pandemic.

Demus was injured on a kickoff return against Iowa. Before getting injured, he had racked up 446 receiving yards in the opening four games of the season, the most by a Terp over that stretch since Jermaine Lewis in 1993.

The Washington, D.C., native was well on his way to his fourth 100-yard receiving game of the year when his senior season was cut short against the Hawkeyes. For his efforts in the 2021 season, he was awarded an All-Big Ten honorable mention — his third consecutive campaign earning the accolade — despite only playing in five games.

Before the season began, Demus had been highly touted, being put on the Biletnikoff Award watch list for the best wide receiver in the country.

He was the go-to option while healthy, grabbing 28 catches for 507 yards. Demus extended his streak of 25 consecutive games with a reception — at the time the 14th-longest streak in the country and the fourth-longest in the Big Ten.

Demus’ return, paired with quarterback Taulia Tagovailoa gaining another season of experience, should mean Maryland’s dynamic offense from 2021 will be just as lethal come 2022.