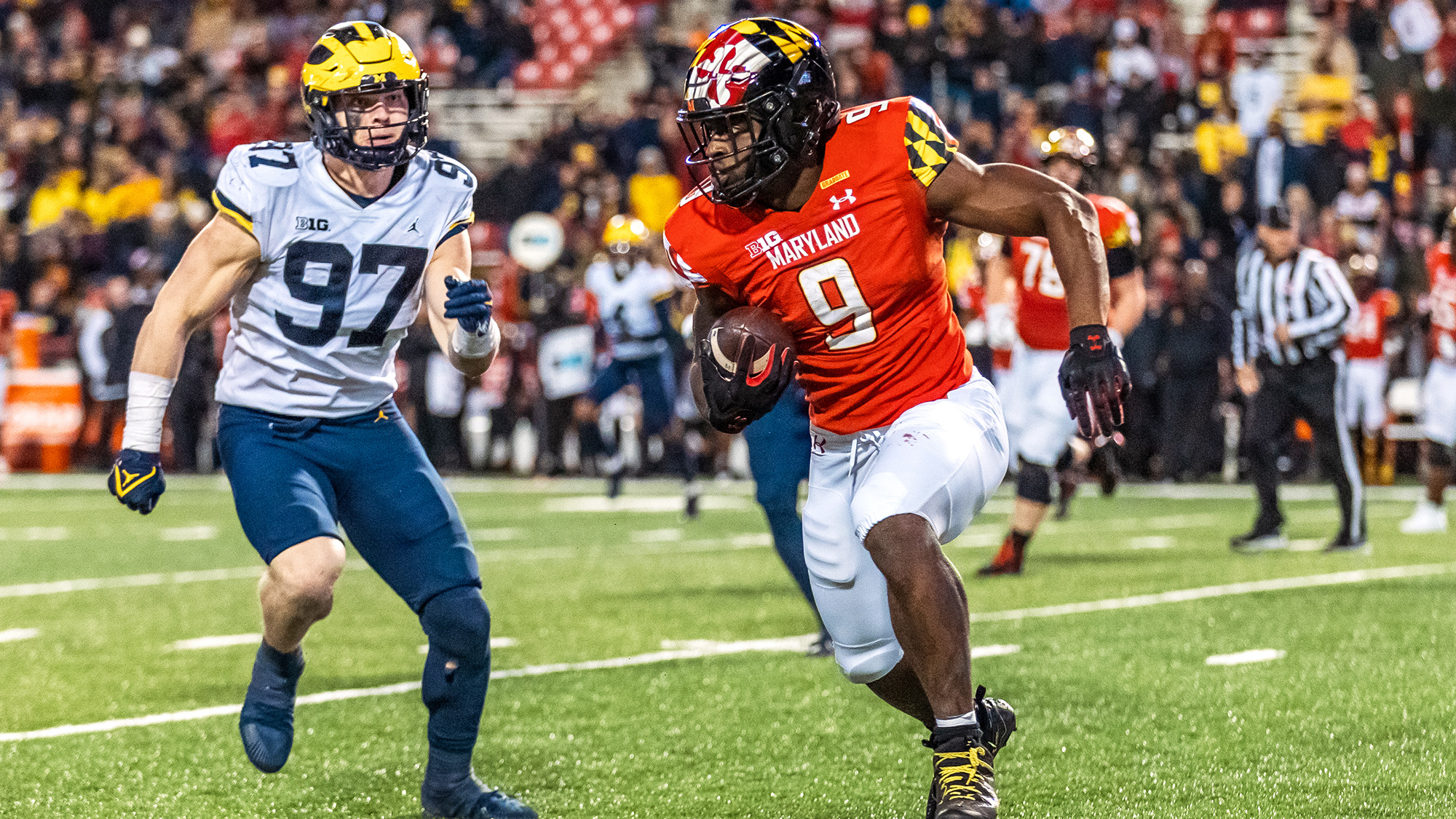 After a strong end to his senior campaign, Chig Okonkwo is going pro.

The tight end announced Tuesday that he is declaring for the NFL draft but will play one final game with Maryland football.

“These past 4 years in College Park have been nothing but special,” Okonkwo said in a statement posted to Twitter. “After prayers and discussing my future with my family I have decided the Pinstripe Bowl will be my last game as a Terp. I’m excited for my next chapter in life and am officially declaring for the 2022 NFL draft.”

Thank you for everything Terp Family!!! pic.twitter.com/xCwk63A1Sl

The move comes as Okonkwo put together a season where he was third on the Terps with 433 receiving yards and tied for the team lead with five touchdowns, earning an All-Big Ten honorable mention. Much of that production came in November, when he became a bigger part of Maryland’s offense due to a slew of injuries to receivers.

His announcement capped four years in College Park that saw Okonkwo become one of the Terps’ most consistent forces on the field and a leader off of it.

He appeared in every game his first two seasons, combining for 270 yards and three touchdowns across both campaigns. Okonkwo was expected to take a leap forward as a starter in 2020, but he sat out the pandemic-shortened season with myocarditis, an inflammation of the heart muscle often caused by viral infections.

The diagnosis briefly threatened to end his career, but he worked back in the offseason to take on a leading role in a revamped tight end room. Now, he has a chance to impress at the next level.

Okonkwo would have been able to stay for one more season if he wanted, as the NCAA allowed all athletes an extra year of eligibility due to the COVID-19 pandemic. But his solid play drew interest from scouts, and he’s taking a step up in his football career.