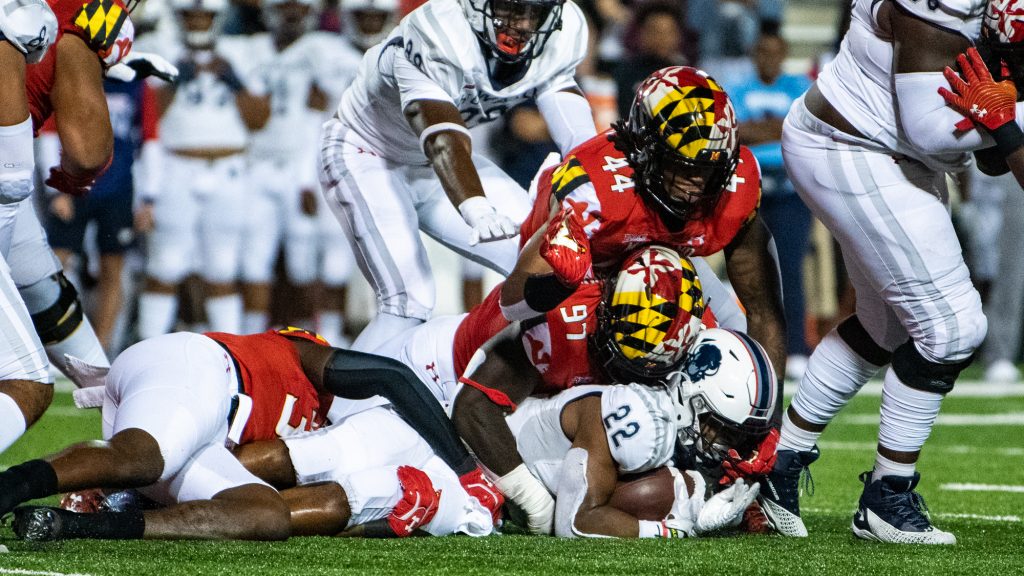 As Maryland football’s regular season ended, so too did the time of a handful of players in College Park.

Two of the Terps’ top 2021 recruits — linebackers Terrence Lewis and Branden Jennings — entered the transfer portal, leading a group of seven players to do so in the week after Maryland’s 40-16 win over Rutgers that lifted the team to its first bowl game in five years.

Lewis arrived in College Park last spring with much hype as the nation’s top linebacker prospect. The consensus five-star recruit was the highest-rated player to join the Terps since Stefon Diggs, per 247Sports’ rankings.

But he never saw the field, undergoing surgery for a torn ACL in March and missing the entire season.

Jennings did see action, playing seven games and being forced into a starting role against Howard after Fa’Najae Gotay suffered an upper body injury. He registered 23 tackles and forced a critical fumble in the season-opening win over West Virginia.

However, Jennings was also ultimately felled by a lower body injury suffered against Kent State, and he played sparingly the remainder of the season.

On the offensive side of the ball, running back Peny Boone is leaving the program after two seasons with Maryland. The former four-star recruit was part of a rotation backing up Tayon Fleet-Davis, appearing in 10 games while rushing for 172 yards and two touchdowns.

Yet, he fell behind freshman Colby McDonald on the depth chart toward the end of the year, and he now joins Isaiah Jacobs as sophomore running backs looking for a new home.

Running back Rashard Jackson, defensive lineman Almosse Titi and offensive lineman Zach Perkins round out the newest portal entries. The three did not see any playing time this season.