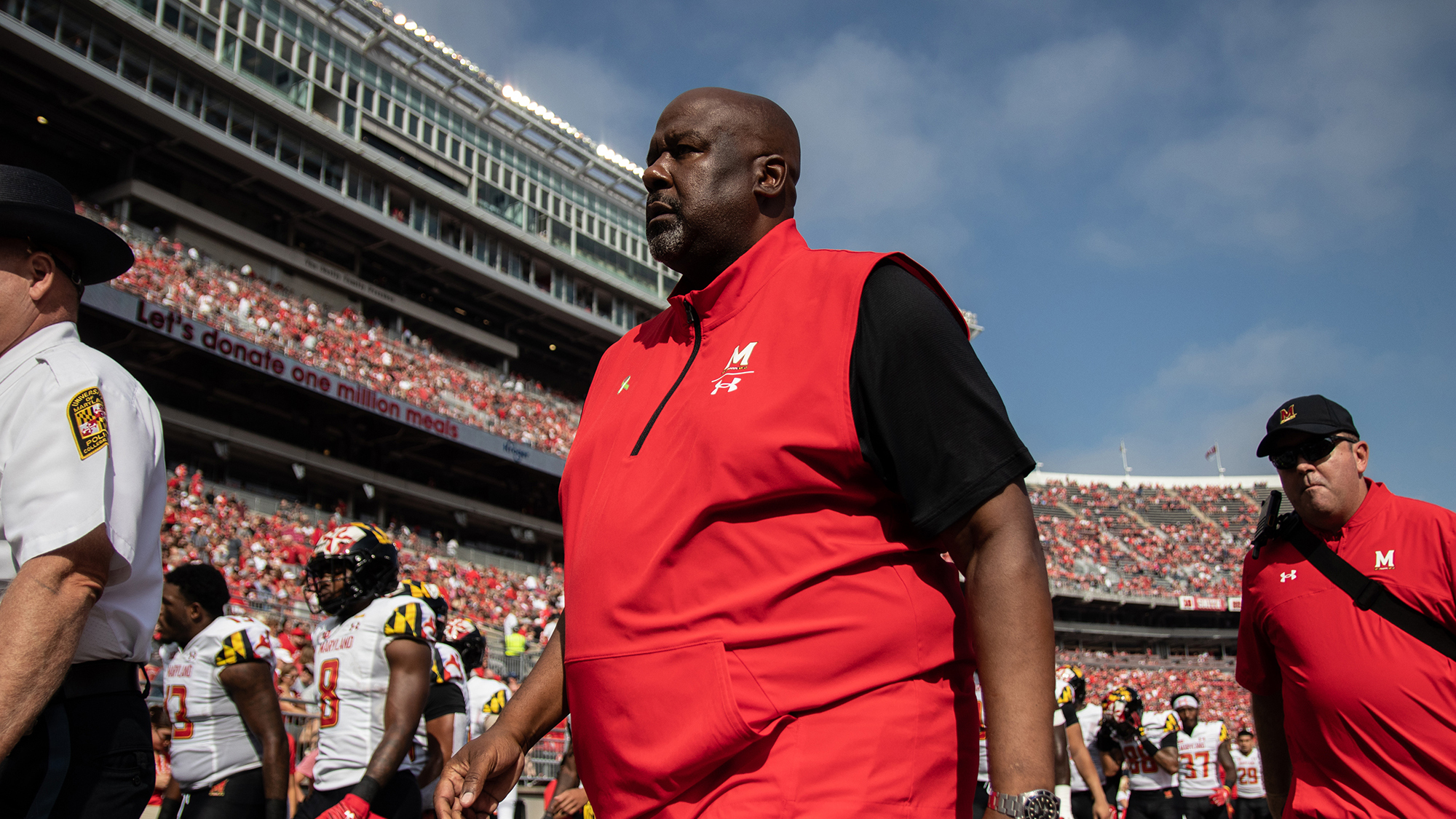 For its first bowl game since 2016, Maryland football is heading up I-95 to square off with an old ACC foe.

The Terps will face Virginia Tech in the Pinstripe Bowl on Dec. 29, it was announced Sunday. The game will cap one of Maryland’s most successful seasons since joining the Big Ten and serve as another opportunity to improve the team for the future.

“Our goal was to be able to have these extended practices that, once you get into this cycle of playing for bowl games, allows you to continue to develop your team while also … sending our seniors out the right way,” coach Mike Locksley said.

Making a bowl is a tangible sign of progress in Locksley’s third year at the helm. He arrived in College Park with a program in turmoil following Jordan McNair’s death. After recording just three wins in 2019 and two victories in a pandemic-shortened 2020, this season represented the first full year for Locksley to prove himself.

And while the campaign was far from perfect, the coach and the Terps saw more sustained success.

Maryland raced out to a 4-0 start, including a win over rival West Virginia, before running into the usual Big Ten gauntlet. The Terps lost six of their next seven games as the competition heightened and injuries piled up, particularly in the wide receiver room.

But record-setting quarterback Taulia Tagovailoa led a potent offense that kept Maryland competitive in more games than past seasons, and he helped the Terps clinch their postseason dreams with a dominant 40-16 win over Rutgers in the final game of the regular season.

Now, Maryland is seeking its first postseason win since 2010, when it defeated East Carolina in the Military Bowl. A matchup with the Hokies could prove fruitful.

Virginia Tech finished 6-6, needing a win over Virginia in the final week of the season to reach the postseason. The Hokies average 24.8 points per game and allow 22.9 points per game, both middle of the road nationally.

The program saw turnover toward the end of the season. Virginia Tech let go of coach Justin Fuente after 10 games and is led by J.C. Price in the interim. The last time the two sides met in 2013, the Terps knocked off the Hokies in overtime, 27-24, to become bowl eligible.

Even if the campaign doesn’t end with one final victory, the 2021 season marked a noted step forward for Maryland. But leaving Yankee Stadium with a seventh win would be all the sweeter.

“Now that the foundation is there and this is the standard, it’s one that we’ve got to continue to work toward and build upon,” Locksley said.