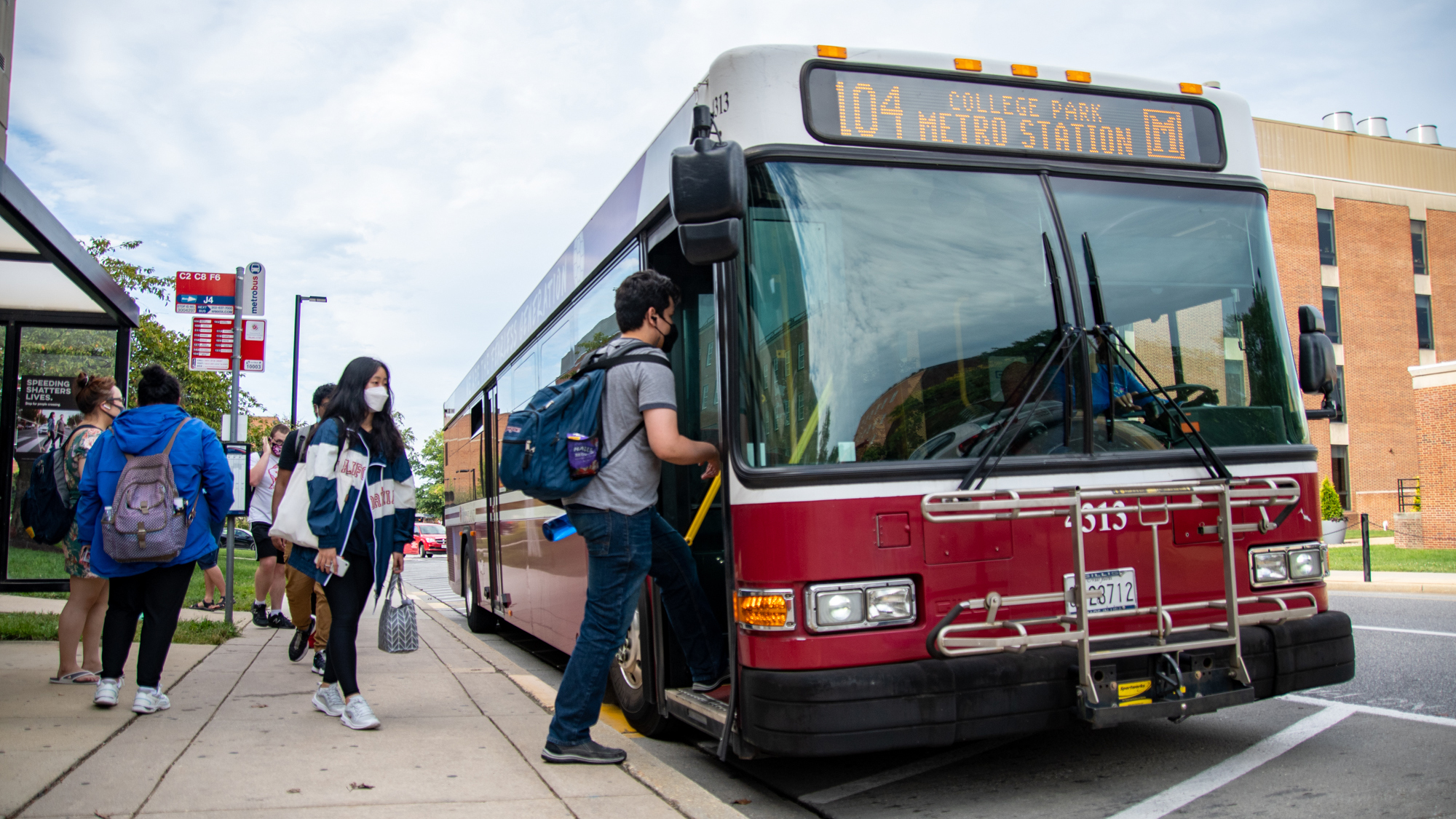 On Thursdays, Emma Gubman has an 8 a.m. class.

Gubman lives in Courtyards, and every other day of the week, she takes Shuttle-UM’s #105 Campus Connector to her classes at the University of Maryland. But on Thursdays, she has to walk or scour for a VeoRide scooter to take her from Courtyards to the campus.

The earliest bus to campus for students who live in Courtyards doesn’t arrive there until 7:50 a.m., she said.

“Why would you put us in a situation where it’s really difficult to get to campus on time?” said Gubbman, a sophomore environmental science and policy major.

Almost two months into the semester, community members are continuing to face problems with Shuttle-UM, ranging from the inability to make classes and inconsistent shuttle arrivals. The problems began at the start of the semester, where only one bus was sent to the #141 Gaithersburg Park and Ride, leaving many students stranded with no way to get to the campus. The Department of Transportation Services soon added another bus for Gaithersburg commuters.

In a statement, DOTS said the problems are due to coronavirus-related budget cuts.

“We had to make difficult bus schedule decisions for the current academic year. Adjusting our hours of operation and the frequency of trips allows us to continue providing service to the campus community without eliminating any routes,” the statement said.

But students are still frustrated.

Maeve Kessler, a senior environmental science and policy major, said the bus reductions not only make it hard to get to class, but they make her concerned for her safety.

Kessler sent an email to DOTS regarding the inconsistency of the #105 Campus Connector bus. In the same email, she also brought up a negative experience she had with the #116 Purple bus.

Kessler went to the bars on Route 1 on a Saturday night and was planning to take the bus back home to Courtyards. She got to the Montgomery bus stop at about 12:30 a.m. and waited for over 30 minutes. But the bus, which is scheduled to run until 3 a.m. on weekends, never showed up, she said.

“That was really frustrating because I counted on having a safe way home after I had been drinking,” Kessler said.

She received an underwhelming response from DOTS, she said, and as far as she knows, no changes have been made to fix this issue.

[Metro delays to last until at least Sunday]

Selim Boukabara, a senior biochemistry major, has accepted that buses aren’t a reliable transportation option on campus. Boukabara has to bike to his 8 a.m. class because no bus will get him there on time, and he has chosen to bike to his 9 a.m. class after the #105 Campus Connector caused him to be late once.

Though Boukabara believes the buses on campus are reliable after 9 a.m., he said there should be a reliable bus to get people to all their classes.

“[The university] wants everybody to come [to campus] but then they have to get people to wake up … significantly earlier, like 7 a.m. … just so they can walk from where they are,” Boukabara said. “If classes start at 8 a.m. then there should be a bus that comes and gets people to class.”

DOTS has resources that community members can use in place of the Shuttle-UM buses, such as the Smart Commute digital platform, which helps users find other local or regional transit options. DOTS also offers a 50 percent reduction in parking permit fees if commuters register with a carpooler as well as resources for bikers.

“I think it sends a very discouraging message to students,” Kessler said. “It’s definitely sending a negative message that the school puts out a message of wanting to support student success and student safety, but their actions don’t follow.”