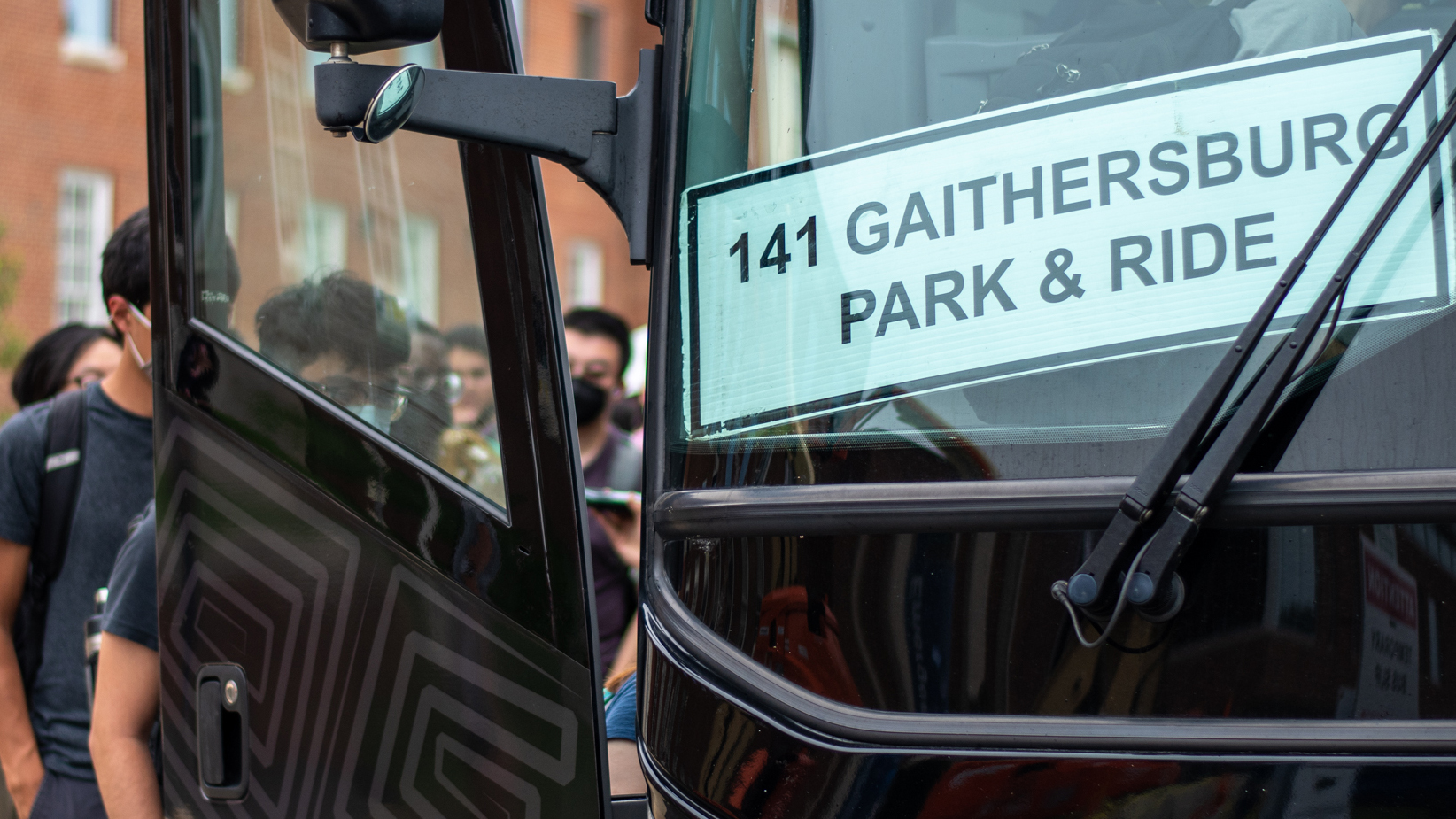 The #141 Shuttle-UM Park and Ride from Gaithersburg to the University of Maryland will provide multiple buses for the first and final trips of the day, but will maintain the previously announced fall 2021 schedule, DOTS announced in a statement Wednesday.

The statement follows cuts to the #141 route, which left students stranded at the West Diamond Ave Park and Ride lot Monday and Tuesday mornings this week, as well as on the way back to Gaithersburg on Tuesday night.

The #141 currently makes six trips per day, a decrease from the number made on the bus route before the pandemic. With only one bus per trip, there wasn’t enough transport to carry all the commuters taking that route.

“We are monitoring ridership on all of our routes and, at this time, we do not anticipate that any changes will be made. As always, if route changes occur, they will be conveyed to passengers through NextBUS alerts, the Department of Transportation website and signage at relevant bus stops,” the statement read.

Matthew Marks, a senior public policy student who posted photos of the debacle on the r/UMD subreddit on Tuesday, said he met with David Allen, the executive director of DOTS, on Wednesday. Marks learned that DOTS plans to continue sending multiple buses for the 8:20 a.m. departure from Gaithersburg and the 7:35 p.m. departure from Stamp.

To Marks, an important aspect of the issue — among other concerns like equity and attention to student needs — is the communication between DOTS and students. He said it’s possible for DOTS to set up various systems that could track the number of potential passengers for Gaithersburg Park and Ride and use those metrics to make their decisions.

Marks also said he does not expect DOTS to regain the trust of students anytime soon.

“It seems … almost like they manipulated the low [rider] numbers for the pandemic situation so that they could use it as an excuse to cut the services,” said Marks. “I recognize numbers and spreadsheets do talk, but you know there’s a human dimension to this.”