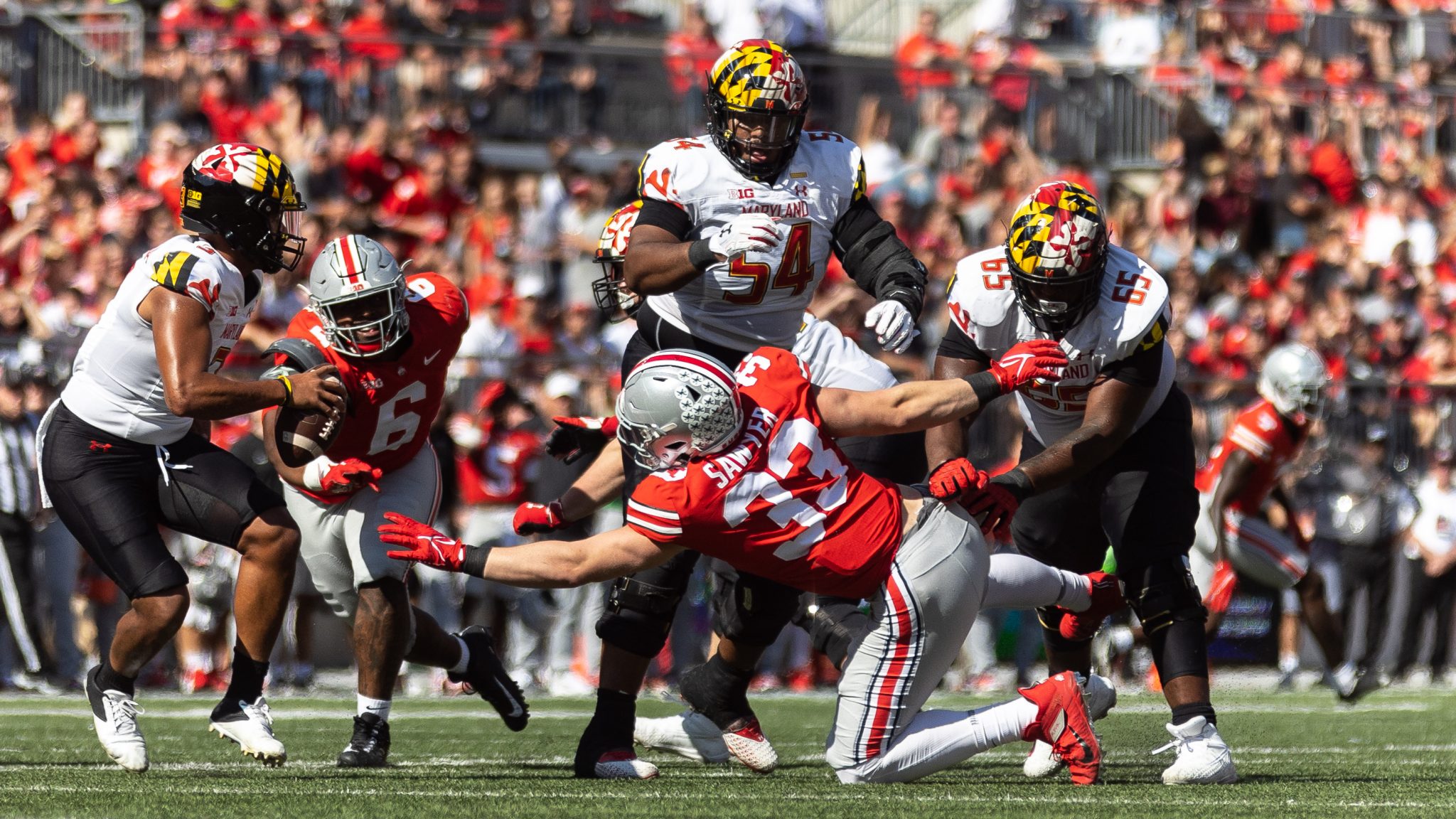 This season, almost every Maryland football game felt like a crossroads.

West Virginia asked whether the Terps were ready to start a new era or crumble against a formidable opponent.

Illinois challenged coach Mike Locksley’s squad to end a third-game curse and fight through a stingy Friday night away game.

Kent State offered itself as a potential spoiler to a strong start.

Iowa gave Maryland the chance to finally find a signature win. And Ohio State played host to the Terps’ attempt at refinding its offensive identity.

At some of these divergences, Maryland was able to take its own path and begin building an impressive resume halfway through the season. At others, the Terps stumbled.

Coming out of its bye week and entering the second half of its season, Locksley’s squad will face another juncture. With a trip to Minnesota on tap, Maryland gets its shot at restarting a push toward ending a bowl drought and securing a winning record for the first time since 2014.

“We’ve been in this situation before where we’ve had a positive record, but we had pretty bad losses at the same time,” tight end Chig Okonkwo said. “In the past, with those teams, a lot of guys mentally checked out and they kind of lost the vision of the team.”

It doesn’t take long to find seasons just like that.

2019 spelled disaster after a handful of losses. Poor performances against Temple and Penn State ruined a 2-0 start, and the Terps only won one more game that year.

But Okonkwo said this team is better than that. The veteran made it known this team won’t allow the errors of previous seasons to illustrate them.

“We don’t have guys mentally checking out,” Okonkwo said. “We understand the mistakes that we’ve made in the games, and we want to correct them so that we have the chance to win every single game going forward.”

And a 4-2 record midway through the year is nothing to sneeze at.

Locksley said if the team had been told at the beginning of the year they would be 4-2 at this point, he thought they’d be fairly satisfied with their spot.

Though Maryland may not have anticipated losing two of its top receivers and dealing with a plethora of injuries on the defensive half of the field, sitting two wins from a bowl and three from finishing with a winning record is an encouraging sign.

Those wins are possible, starting with a manageable game against Minnesota. Locksley, though, doesn’t prefer to focus on that aspect.

“Our opponents are faceless and nameless,” Locksley said. “What I’ve made a priority for us during the bye week was getting mentally and physically healthy.”

[Mailbag: Here’s where Maryland football stands halfway through the season]

The Terps have placed emphasis throughout the season on staying equanimous after faltering and going back to the basics. And having a bye week at the exact halfway point gave Maryland its best chance to do that as a squad.

The extra week of rest brings hope that linebacker Branden Jennings and defensive backs Jakorian Bennett and Kenny Bennett will all return from injury.

While none of the three are guaranteed to play, getting them back is paramount to the success of the Terps’ defense. Injuries have plagued their ability to build their chemistry to the fullest.

Still, quarterback Taulia Tagovailoa said his team is in the right mindset after its bye week. And the signal caller believes they’re getting better at playing as a unit, which should propel them forward.

“Going into this next season, or the next half of our season, I think that’s what we’re going to need to be: together, closer, tighter and just playing together,” he said.

Whether or not it was a Freudian slip, Tagovailoa summed up Maryland’s attitude toward the rest of the year. These next six games are a new season for the Terps with a lot of possibilities.