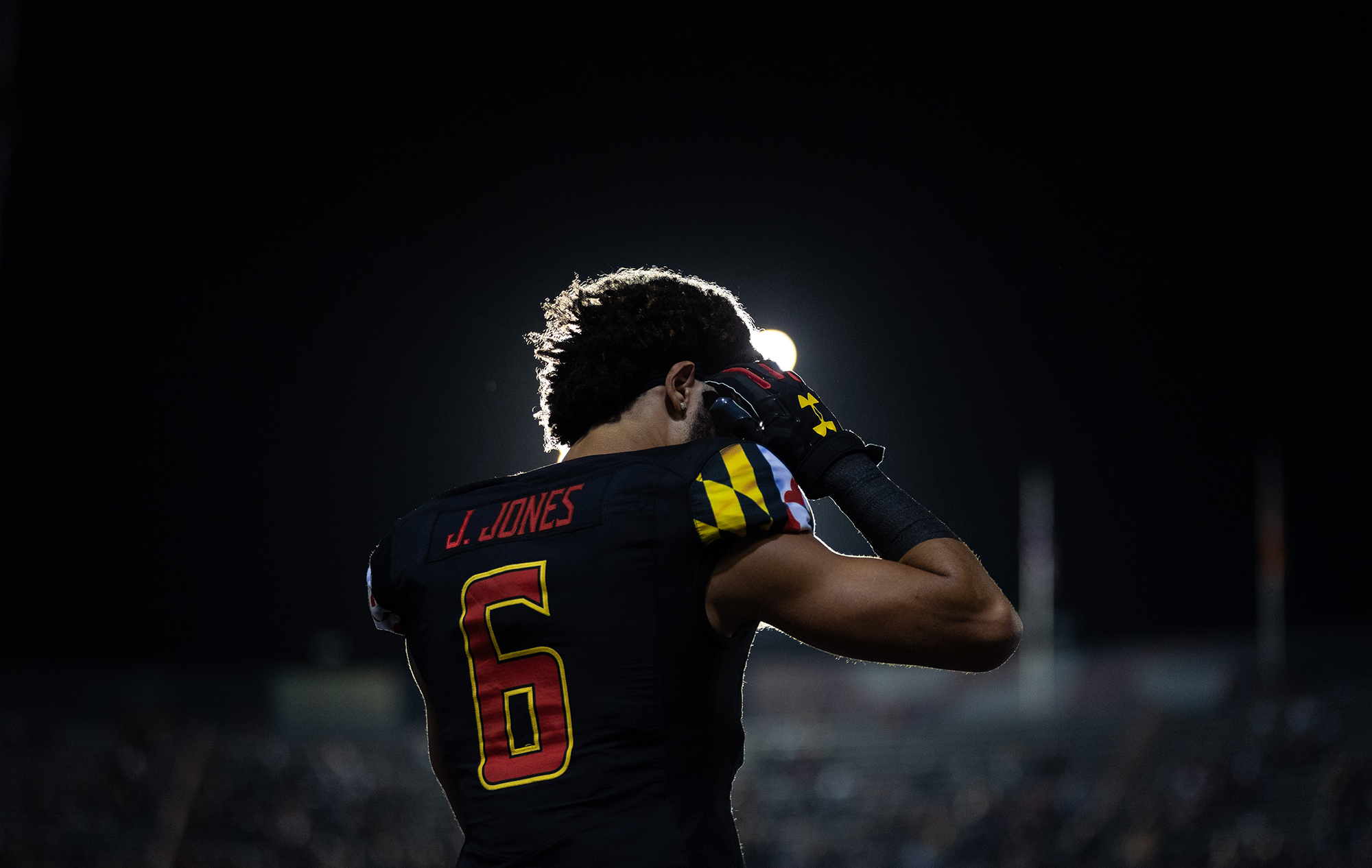 After losing wide receiver Dontay Demus to a knee injury in its 51-14 loss to Iowa, Maryland football already knew it would need help from its depth at the position.

But, on the second play of the following game against Ohio State, the Terps’ receiver room took a major blow with Jeshaun Jones being carted off the field.

And now, Maryland will be without another key wide receiver for the remainder of the season. Jones requires season-ending surgery due to a lower leg injury, coach Mike Locksley said Tuesday.

Jones burst onto the scene his freshman year with a now-famous performance against Texas in the season opener, recording a passing, receiving and rushing touchdown.

He missed his sophomore year after suffering a torn ACL during preseason practice.

Although he only played in four games during the 2020 season, he still hauled in 11 catches for 181 yards, most of which came in a 103-yard performance against Minnesota.

2021 looked to be his time for redemption, two years after his injury. But on the second play from scrimmage against the Buckeyes, Jones went down after a six-yard catch.

[Mailbag: Here’s where Maryland football stands halfway through the season]

The Terps will now rely on senior Brian Cobbs to pick up the slack. Maryland also flashed more looks with its tight ends throughout the 66-17 loss to the Buckeyes.

Jones wasn’t the only key player to go down. Locksley also said linebacker Durell Nchami will miss the rest of the 2021 season with an upper body injury that also necessitates surgery.

Despite playing some snaps in his first three years in College Park, it looked like Nchami had finally broken through with two strong performances against Illinois and Kent State, where he recorded three sacks.

Now, the Terps will be without another linebacker as they prepare to take on the Golden Gophers Saturday. Maryland has been without Fa’Najae Gotay since week one, and Branden Jennings and Demeioun Robinson have been battling injuries, making the linebacker position uncertain for Locksley’s squad.

Without Nchami, Lawtez Rogers and Ahmad McCullough are expected to take on larger roles.

Injuries have hit the Terps hard the past few weeks, and as they dive into the second half of their schedule, they will need to display depth if they want to earn a bowl bid for the first time since 2016.