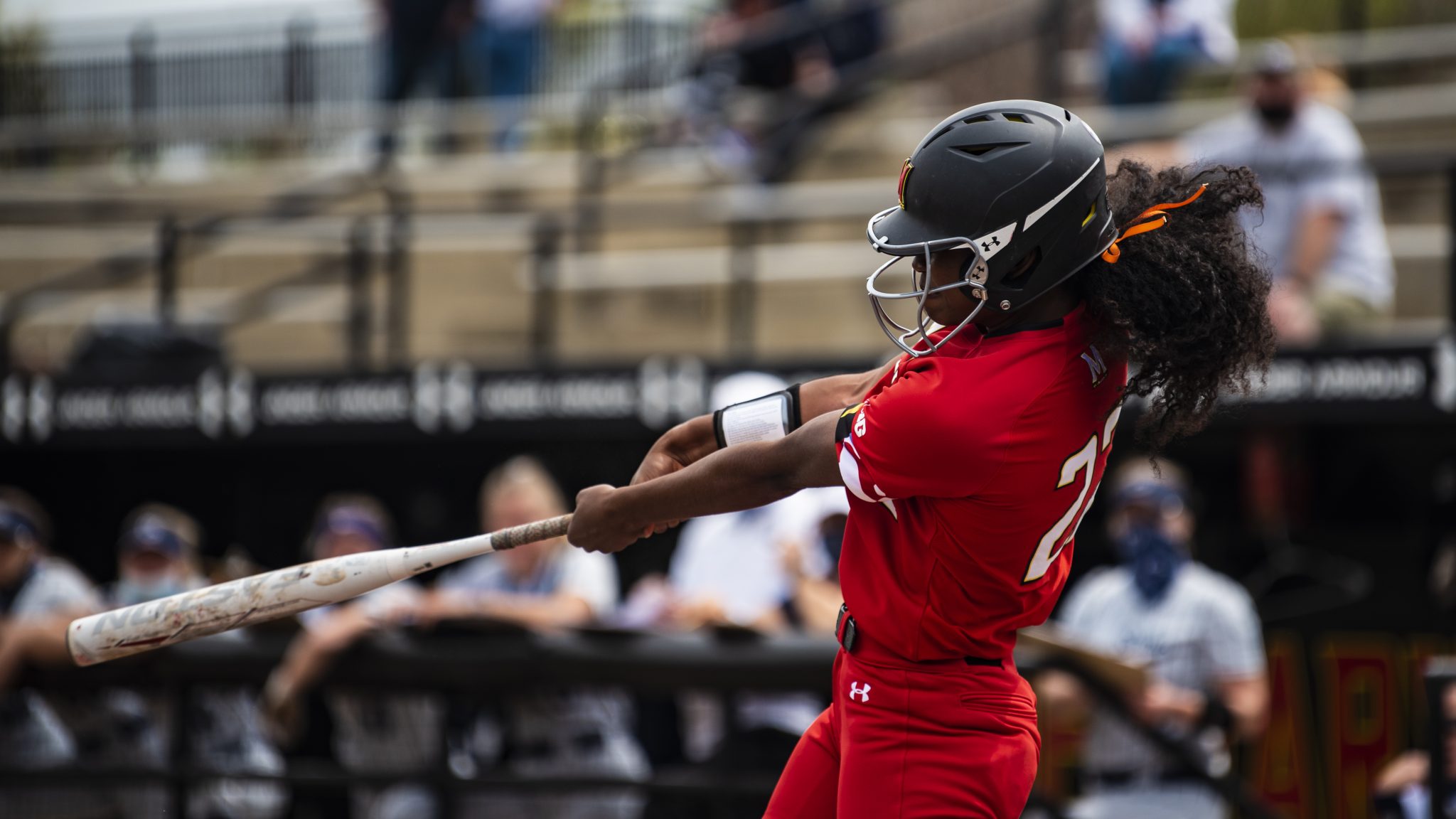 Penn State softball’s Chelsea Bisi took the plate on a cloudy Saturday at Maryland Softball Stadium. There were zeroes on the board in the fourth inning. Bisi had a full count, two outs and Kailee Smith in scoring position.

Bisi swung the bat and smoked a line drive into right center field. Smith saw her chance and took off to the plate. Bisi tripped on her way to first and she was forced to stay there, but she hit Smith home for the Nittany Lions’ first run of their series against Maryland.

And that run would be all they needed.

Penn State softball was seeking revenge after its doubleheader loss to Maryland yesterday. And they got it as the Nittany Lions took a 1-0 win over the Terps– their fifth win of the season.

Penn State came out swinging and they got a runner on base in the first frame, which they struggled to do against Trinity Schlotterbeck the day before.

With Liana Jones taking Kennedy Legg’s place on first base, catcher Ally Kurland stepped up to the plate. Courtney Wyche fired a pitch to Kurland and she smoked a ball to right-center field.

Jones took a lead from first and sprinted to second thinking the ball was out of reach. But Jaeda McFarland was ready.

McFarland sprinted and dove to the right to snatch the ball out of the air. She hit the ground with the ball in hand, and Jones was at second base. She had to tag up.

Without hesitation, McFarland jumped up and fired the ball to Taylor Liguori at first base before Jones could tag up. And the Terps ended the Nittany Lions’ offense with an early double play.

With two outs against the Terps in the first inning, Ruby Butler stepped into the batter’s box. Vanessa Oatley hurled one pitch, and Butler swung, driving the ball just to the right of center fielder Dani Fey. The ball rolled to the wall and Butler reached third on an error by the outfielders.

Schlotterbeck followed and grounded out to Kaitlyn Morrison at shortstop, leaving Butler stranded and the game scoreless.

And it stayed scoreless until the fourth frame.

Wyche fired a pitch that grazed Legg’s elbow, giving her a free pass to first.  Kurland took the plate again and bounced one to Wyche in the circle. She turned and threw to Butler at second to catch Legg. Butler shot the ball to Regan Kerr at first but couldn’t beat Kurland there.

Chelsea Bisi followed at the plate and after Kurland stole second on a wild pitch, she was replaced by Kailee Smith.

Bisi laced a line drive to right center scoring Smith and putting Penn State on the board for the first time in the series.

That lone run would be the only score of the game. Penn State put Bailey Parshall in to finish the final three innings after a clean performance yesterday.

She threw her 388th career strikeout in the sixth frame against McFarland, which would tie her for sixth-highest number of strikeouts thrown in the Big Ten.

Despite their best efforts, the Terps couldn’t get past Parshall’s dominant time in the circle, retiring the last nine batters and securing the 1-0 victory.