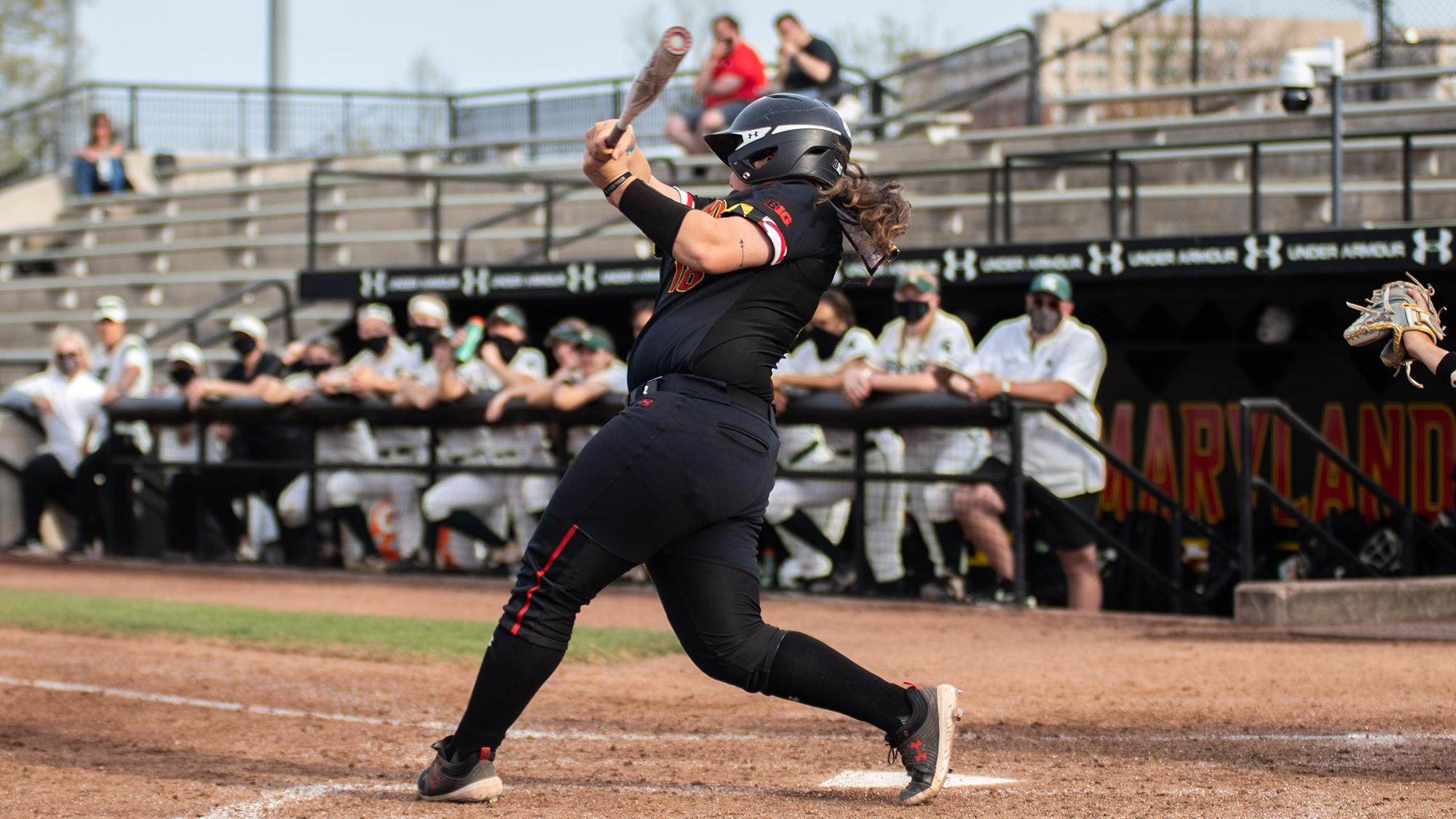 After being handed its first sweep of the season by No. 20 Michigan, Maryland softball is eager to return to the comfort of College Park to play Penn State.

“We played them three out of four at their place and all three were really good games,” Montgomery said. “Two of them were two-run games and the other one was a game that was tied in the fifth inning — that’s pretty good.”

The Nittany Lions (4-19) are coming to College Park on a three-game winning streak — by far their best stretch of the season. Penn State is riding high after earning its first series win against Rutgers two weeks ago.

And although the Nittany Lions have a firm hold on last place in the conference, the Terps do not want to underestimate them.

“We can’t fall behind with them, they’re a good team,” infielder Taylor Liguori said. “They were able to take a couple [runs] from some high-level teams in the Big Ten … you can’t get down on them.”

Maryland is ready to take on Penn State in front of a home crowd for the first time since 2019. Liguori, a sophomore, has yet to face the Terps’ rival, and she and her teammates are excited to take them on at home.

Liguori, a Columbia, Maryland native, grew up wanting to play softball at Maryland. After last season ended before it reached conference play, Liguori is itching to take down the Nittany Lions at home for the first time.

“Growing up, [Maryland and Penn State] was always a rivalry, so being able to play them here in front of friends and family is super incredible and is something that I definitely would not take for granted,” Liguori said.

Her teammates’ family and friends come from as far as California to watch the Terps play at home. Liguori’s family sits in the same spot every game so she knows exactly where to find them.

And the home atmosphere might help to boost Maryland over its rival.

“We need to continue to stay up against Penn State. They’re going to scrape a couple runs across us here and there but it’s how we bounce back,” Liguori said. “It’s really important for us to keep the momentum and keep the energy and keep the positivity going against them because we can’t let them take one from us.”