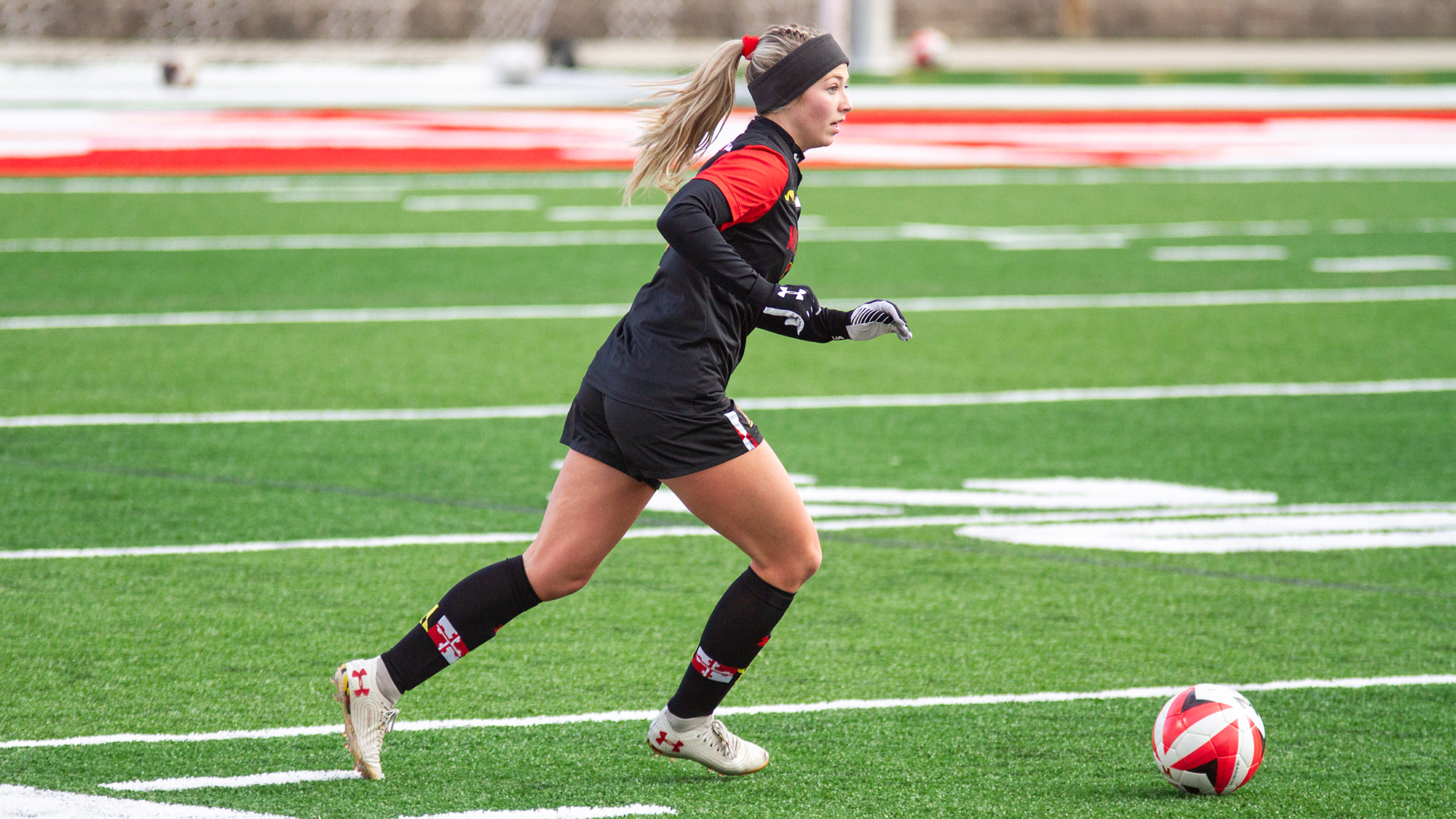 Maryland women’s soccer has yet to win a game this season. Though the Terps clawed back a tie in their first game, they dropped their next two.

But over the past four years, it’s often been more about development than results for this team. The squad has worked hard to rebuild its program, and for the players who have watched the team grow over time, the potential in this year’s season is especially meaningful.

“We’ve just been through a lot when it comes to rebuilding of the program,” forward Emily McNesby said.”It’s just been really exciting to see that we’ve been able to develop all together as a team.”

During the 2018 season, the team had a final record of four wins, ten losses and five ties — a tough draw for the Terps. In 2019, however, Maryland began to show significant improvement, finishing the season with a record of 9-8-3 and making it to the Big Ten tournament for the first time in history.

This season, coach Ray Leone’s squad is continuing to demonstrate this growth. Each game has been a tightly contested affair, offering seeds of optimism going forward.

“We have a lot of fight in us, and I think we’re just gonna have to keep fighting through until we get our desired outcome,” said goalkeeper Kennedy Tolson. “I think we’ll be fine, we just have to keep pushing.”

For this year’s Terps, that means work on offense. Though Maryland is averaging over a goal per game, its scoring opportunities — especially against Northwestern — have been limited.

“We’ve been getting a decent amount of counterattacks and stuff,” McNesby said. “We just haven’t been necessarily finishing them or taking advantage in the final third.”

She has played just once this season, racking up 81 minutes against Northwestern. Still, with the Terps’ dynamic threat back in the fold, Leone’s squad is hoping to push on and get back to last season’s level.

“Getting the ball to Alyssa is a huge thing for us. She can distribute, she has a crazy shot, so it’s just good to have her back so that we just have that extra confidence with us on the field,” McNesby said.

And for the Terps, the best place to do that might just be at home.

“This field is really important to us and really special to us, and I’m excited to be able to play on it for the first time,” Tolson said. “Especially with some of my best friends.”