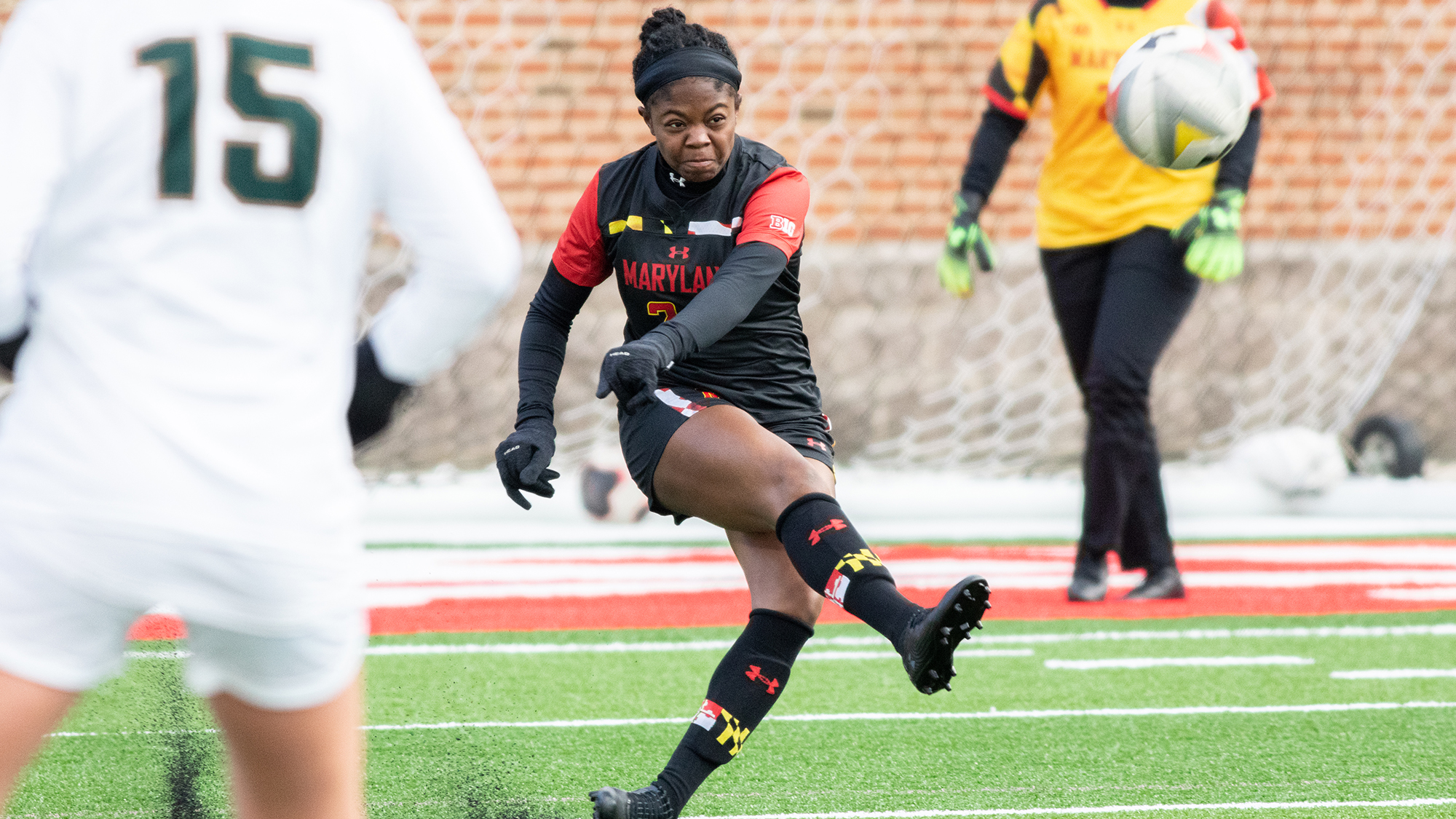 Just as it seemed that Maryland women’s soccer might enter yet another overtime in their third game of the season, Northwestern forward Olivia Stone broke the 0-0 tie with a goal 15 minutes into the second period.

Northwestern had been pushing into the Maryland defense for almost the entirety of the game, and their efforts finally paid off with the game-winning goal assisted by Josie Aulicino.

And that would be enough for the Wildcats to go past the Terps. Maryland was on the back foot for most of Sunday afternoon, and couldn’t convert on their few chances, losing 1-0 in Evanston, Illinois.

After a loss against Purdue and a tie against Michigan State, Maryland women’s soccer entered its match against Northwestern Sunday afternoon with high hopes of a win.

But much like in their first two games, the Terps struggled to create much early on in the match.

Terps forward Mikayla Dayes, who had been a constant menace up front in their first two games, was lively, looking to add onto her goal tally after slotting against Michigan State in the first game of the season. But, her attempts went wide.

While Dayes was putting in the effort to score for Maryland, goalie Kennedy Tolson was working equally hard to prevent a Northwestern goal. Midway through the first half, Stone attempted two bottom-center shots on Maryland’s net within a minute. Both were saved by Tolson.

Northwestern continued to push through and keep the ball on Maryland’s half throughout the rest of the first half. Despite their efforts, however, the Wildcats were unable to score by the end of the period.

It would be the third game in a row for the Terps with a tied game at the half.

Tensions from the first half carried into the second, as both teams continued fighting to pull through with a victory.

As desperation creeped in, the competition got more and more aggressive. A few minutes into the second half, Northwestern midfielder Regan Steigleder and Maryland midfielder Anissa Mose fought for the ball, leaving Steigleder on the ground. While both parties appeared to be instigating the physical altercation equally, Mose was judged to have made the foul.

Only a few minutes later, with thirty left in the second half, Olivia Stone scored on the Maryland net with an assist from Josie Aulicino — giving the Wildcats a 1-0 lead.

Maryland pushed to get back in the game, adding more pressure in hunt of an equalizing goal. Forward Alyssa Poarch had a shot blocked, and Keyera Wynn forced two saves out of Northwestern goalie Mackenzie Wood.

And the Terps never really got closer. Though they kept running, Northwestern was equal to their every effort. A last gasp attempt from forward Zora Jackson sailed over the bar, sealing Maryland’s fate and leaving it winless through its first three Big Ten contests.