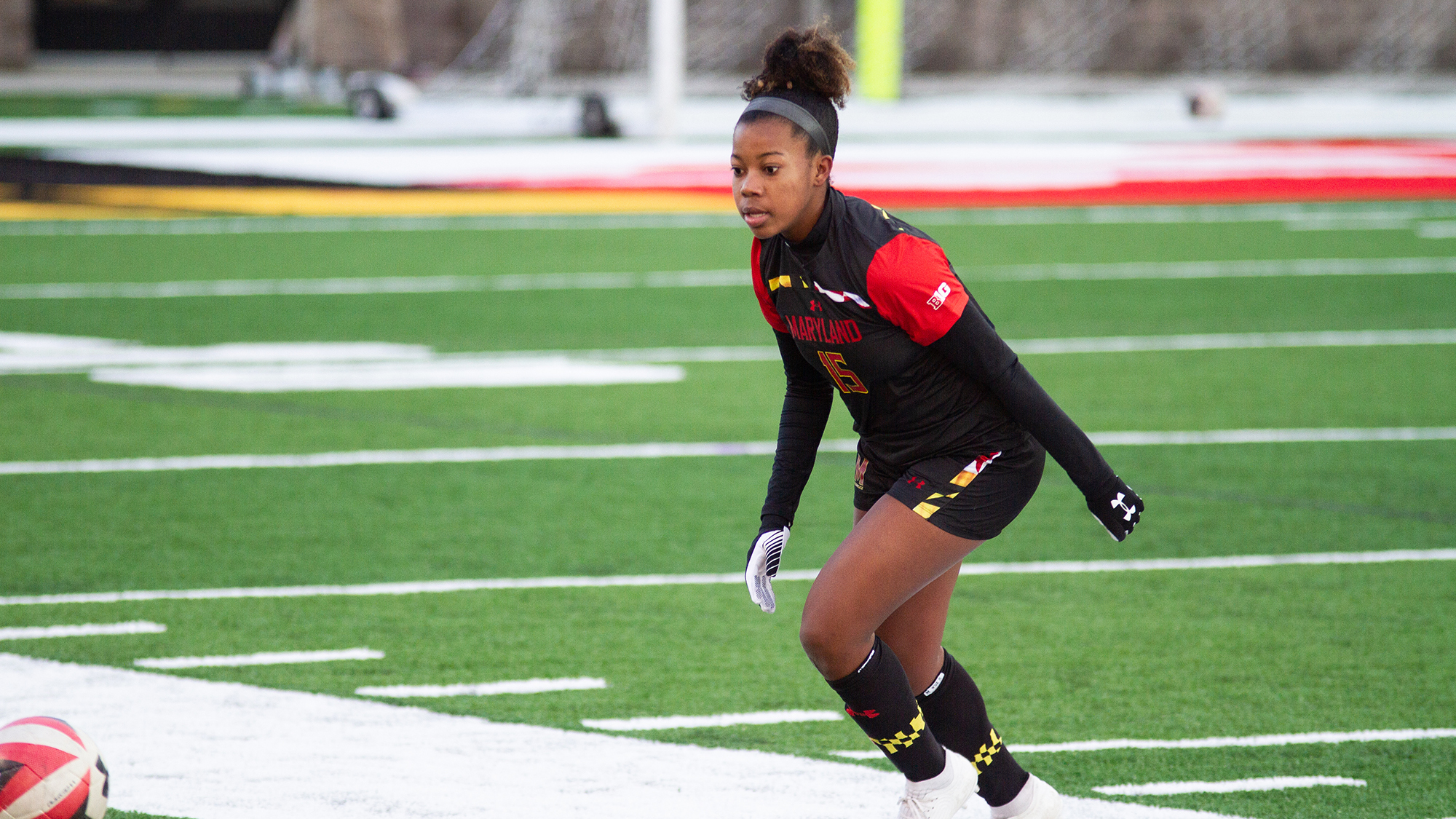 Maryland women’s soccer has had plenty of time to reflect on Saturday’s tie against Michigan State.

Although the Terps snagged a last minute equalizer in the second half — and shut out the Spartans in overtime — they’re looking for holistic improvements ahead of their second game Thursday against Purdue. Specifically, Maryland just needs to settle in more.

“I would like to see more composure from us,” coach Ray Leone said. “I would say that the first touch has got to get better.”

The Terps struggled to get into the game against Michigan State. While its defense was sturdy, Leone’s squad put little together on offense, only tallying three shots in the first half.

But there’s still lots for the team to build off. Maryland started three freshmen in the season opener, with all of them getting a valuable first taste of a collegiate game.

And they’re ready to keep learning.

“I’ve already watched the game twice,” midfielder Catherine DeRosa said. “Seeing the mistakes, knowing what I need to do, what we need to do as a team, and then just [have to] execute at Purdue.”

And those freshmen are going to be expected to keep contributing. Without a normal fall season, growing pains are expected — if not guaranteed.

“I wasn’t here in the fall, so, on my own, I had to get back in shape” freshman midfielder Milan Pierre-Jerome said. “I was able to adapt and get more fit by just practicing here for a month.”

Still, despite the relative lack of time to get acclimated with the program, Leone was impressed with the younger players’ performances, especially in such difficult conditions.

Most importantly, they showed the grit to keep running for 110 minutes.

And the Terps will look to build on that against a talented Purdue squad. The Boilermakers pushed Maryland in a tight contest last season, with the Terps snagging an 84th minute winner at Ludwig Field.

The Boilermakers dropped their first game of the season, falling 1-0 to Illinois.

Following such a contested matchup last year, the Terps have high hopes for Thursday’s match and beyond.

“I think it’s a really exciting time to be on this team,” DeRosa said. “They had a very successful season last year and now we’re just looking to build off that.”