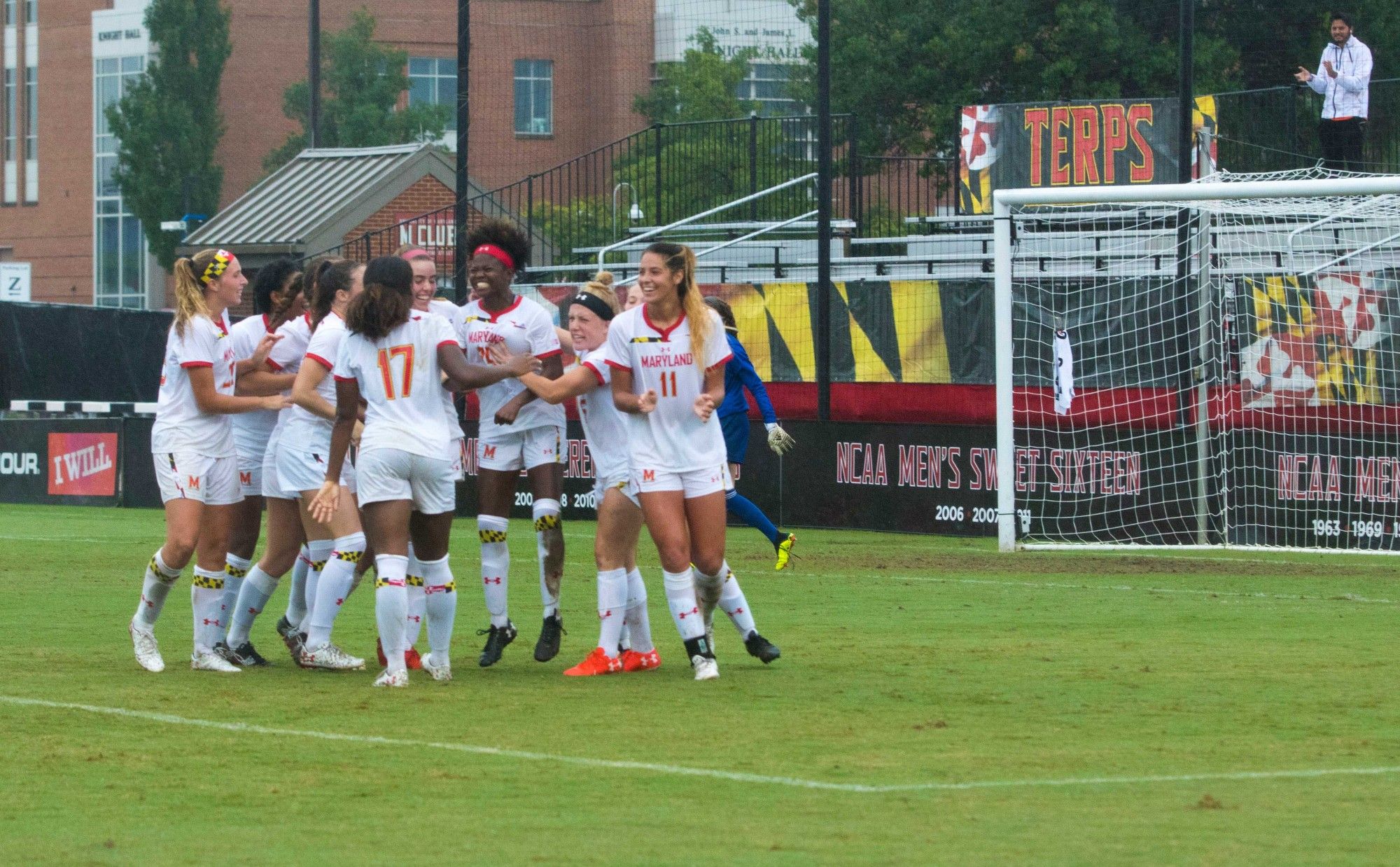 Maryland women’s soccer’s season-ending 1-0 loss to Indiana was a microcosm of the team’s 2018 campaign.

A perfectly placed ball over the top by midfielder Loren Sefcik late in the first nearly resulted in a great look for forward Emily McNesby, but her shot trickled just wide. A second-half shot laced by midfielder Hope Lewandoski from outside the box was inches away from being one of the Terps’ best scores of the year, but it clipped the top of the crossbar.

Indiana, meanwhile, didn’t waste its best scoring chance. Midfielder Grace Geise slotted a low shot in the bottom-left corner past goalkeeper Rachel Egyed in the 38th minute for the only goal of the match.

For one final time, the Terps failed to find a score when they needed it most, and their eighth one-score defeat capped off an uneven 4-10-5 year.

“As hard as this [year] was,” coach Ray Leone said, “it went from losing big a season ago to losing close. And close isn’t good enough for me, but it is a phase, and we’ll pass through it.”

Of Maryland’s 19 games, eight went into overtime. The Terps failed to come away with a win in any of them. With an extra-time record of 0-3-5, a few bounces their way could’ve drastically altered the season.

However, Maryland’s close-game futility seemed to be a symptom of a more significant deficiency.

While the Terps’ stellar defense and consistent play by Egyed in net often kept the team within striking distance, the attack’s incapacity to penetrate the goalline stopped them from producing many meaningful results.

Only last-placed Michigan State rivaled Maryland’s offensive ineffectiveness in the Big Ten, as both teams managed just 16 goals, but the Spartans achieved that mark in two fewer games. The Terps’ 0.84 goals per game was easily the worst in the conference.

It wasn’t due to a lack of chances. Maryland’s 207 shots were good enough for seventh in the conference during the regular season, but just 7.7 percent of those resulted in goals.

[Read more: ‘Can you do that again, please?’: Maryland soccer had to beg Loren Sefcik to score]

Against Temple on Aug. 31, the Terps launched 17 shots to the Owls’ six, but fell 1-0. They were shut out by George Washington despite taking 23 shots. In their final game of the season against the Hoosiers, they notched 16 shots.

But the team did show flashes of being potent on attack. During their two Big Ten triumphs of 2018, the Terps converted at a significantly higher clip.

In a 4-0 defeat of Iowa to open the conference schedule, they scored four goals on 16 attempts, and in a 2-1 upset of then-No. 14 Northwestern, they netted two scores on eight shots.

Leone said the poor shot selection was to blame for Maryland’s struggles. The attack was often too ambitious with their shots, and inexperience was a significant contributor, given the Terps’ 17 underclassmen.

With the graduation of forward Jarena Harmon, the Terps will need to find a new go-to target next year. Harmon led the team with six goals this year. No other player had more than two.

Maryland will also lose a pair of experienced members of its backline to graduation in defenders Jenna Surdick and Kady Badham, as well as Egyed in net.

However, the Terps utilized a deep rotation of players that will return. Lewandoski’s pinpoint passing ability earned her a team-leading three assists as a sophomore. Defender Adalee Broadbent and forward Alyssa Poarch — both talented freshmen — will come back as well, and goalkeeper Erin Seppi, who split time in net with Egyed early in the season, stands to take over the starting role.

And potentially the most significant returner will be midfielder Darby Moore, who was one of just four players to score multiple goals this season. Moore is already viewed as a leader on the team, and for the Terps to be successful in 2019, she’ll need to take on an even larger role with Harmon and Egyed out of the picture.

“I’m definitely going to use the seniors that are graduating now as an example,” Moore said. “Some of them are servant leaders and some are vocal leaders, so it’s just a matter of finding my best role for the team.”

Even during the most difficult patches of 2018, Leone and his squad continually looked for positives.

Their view seemed overly optimistic at times, but Maryland truly was much more competitive than prior years — especially in conference play. The Terps were outscored 21-4 in Big Ten games a season ago. This time around, they closed the gap to 14-10.

So now the focus becomes winning the close games, rather than merely making them competitive. And the team doesn’t seem to be lacking confidence entering 2019.

“We showed that we can play in those games,” Lewandoski said. “So we just have to move forward and learn that we can compete against the Big Ten. And next year focus on being on top instead of losing and being close.”