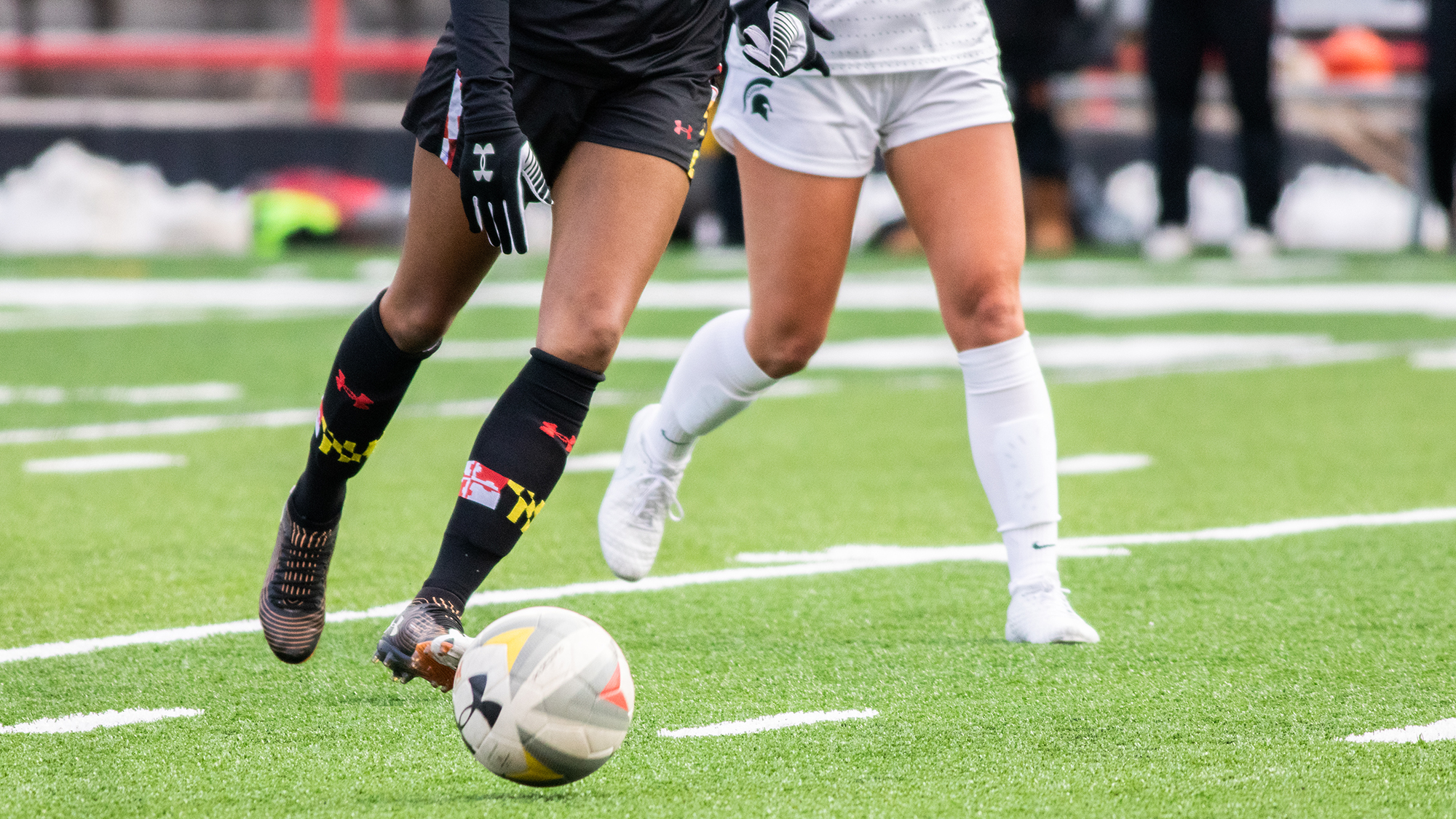 The stakes were high for Kennedy Tolson. As a freshman playing her first full college game, the Maryland women’s soccer goalkeeper had the weight of her untapped reputation riding on her shoulders.

And she did not disappoint.

With less than ten minutes left in the game, Tolson made a diving save against a powerful shot headed for the bottom left corner of the net. She quickly stood up and sprinted to the ball, saving it from Northwestern’s attack — one of her many efforts that kept the Terps in the game.

The Wildcats went on to win Sunday’s game, 1-0. They peppered Tolson’s goal throughout, taking 15 shots with six on target.

But Tolson stood tall. And her teammates and coaches were appreciative.

“She really had a great game,” coach Ray Leone said. “That was her first full college game, so that’s pretty impressive as a freshman.”

Tolson certainly proved herself as a solid goalkeeper in the full 90 minutes of the Northwestern game.

The freshmen had two diving saves that kept the score from creeping any higher than 1-0. In her first, with a little over 15 minutes left in the game, Tolson sacrificed her body to stop an airborne shot, sending it out of bounds and away from the net.

A few minutes later, Tolson made yet another flying stop, hitting the ball away from the goal and proceeding to sprint after it before any Wildcat was able to get a rebound.

“She was really sharp and made a couple of really good saves that were hit well and quick,” Leone said.

Throughout the game, Tolson showed off her versatility. At some points, she barked out orders to the players protecting her net. Other times, Tolson used her kicking ability to relieve pressure on Maryland’s backline.

“Her drop kicks are really lethal and that really kind of bought us some extra yardage,” Leone said.

Tolson isn’t the only freshman featuring for the Terps this season: Catherine DeRosa and Milan Pierre-Jerome have also had notable performances thus far. Though the freshmen don’t necessarily carry the team quite yet, they serve as a source of optimism for the next few years, showing off their sizable potential even in shorter appearances.

And although Maryland couldn’t find an equalizer, it demonstrated its growth since the first game of the season.

After the Terps fell to Purdue on Feb. 25, Leone emphasized that his team needed to work on possession. Though Maryland improved in that regard on Sunday, there’s still much to work on,

They can’t rely on Tolson every game. The Terps’ defense was solid, but there were still a few miscues that could have proven more dangerous if Tolson hadn’t reached the same heights.

“There were a few times when we didn’t clear it when we needed to clear it,” Leone said. “We did a good job of defending that, but you can’t give them that many chances. It’s like basketball, like how many times can the other team win the rebound? They’re eventually going to score.”