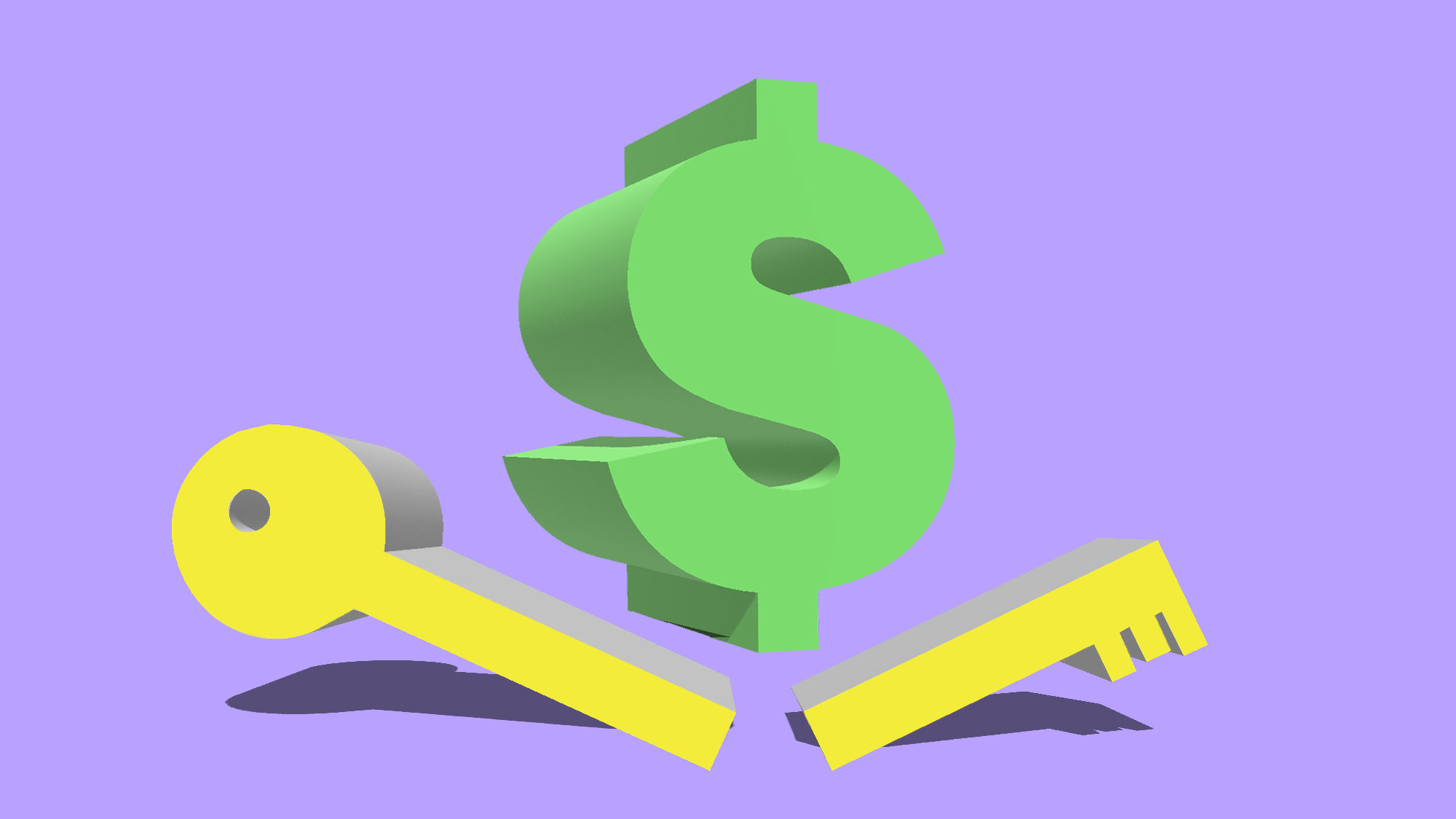 When Erica Blum hears “Beautiful Trauma” by P!nk, she is taken back to her 50-minute commute on the Metro’s Yellow Line train from Pentagon City to the College Park Metro Station. As the song speeds up, the third-year computer science doctoral student sees the train going over the bridge between Arlington, Virginia, and Washington, D.C.

Though Blum has since moved to Arlington, she lived a 20-minute bike ride away from the University of Maryland’s campus when she started graduate school. She rented a room in a Berwyn Heights house with four other graduate students. While her $575 monthly rent was just 30 percent of the stipend she earned as a graduate assistant, the presence of bugs, mice and mold did not make the affordable place worthwhile for Blum.

“I felt like this isn’t my safe, happy place that I would like it to be when I come home at the end of the day,” she said.

For those living on a tight budget in graduate school, Blum’s story might sound familiar. At Graduate Hills and Graduate Gardens — apartment complexes that sit along University Boulevard and Guilford Drive respectively — rents range from $1,227 for a studio to $1,735 for a 2-bedroom, 1-bathroom apartment. These complexes represent the only university-owned graduate student housing. As Blum discovered, however, sometimes more affordable options in the area come with their own share of problems.

Now, Blum and other graduate student workers have their eyes on a bill currently moving through the state house that would grant them collective bargaining rights — and, they believe, could potentially improve their living situations if it were to pass. Advocates say having the right to unionize would give students leverage in talks with administrators, which they say could lead to higher stipend levels. Currently, the minimum stipend for students with nine-and-a-half-month, full-time assistantships is $18,979.

“I really have loved my time at Maryland and when someone asks me if they should come here, I want to tell them with my whole heart, ‘Yes, you should come here!’” Blum said. “Part of what keeps me from doing that right now is difficulties that I and my friends have had: finding housing and the cost of living relative to the stipend.”

But at a hearing for the bill before the Senate Finance Committee last month, Dr. Steve Fetter, dean of this university’s graduate school, argued the school has successfully been able to boost the stipend afforded to graduate assistants without giving them unionization rights.

According to his testimony, the minimum stipend has increased 20 percent since July 2018; the average stipend is now $22,000 for graduate assistants working 20 hours per week for nine months. Graduate assistants are also afforded other benefits, such as health insurance and tuition remission. Additionally, Fetter has said raising stipend levels is his highest priority as dean.

However, in testimony that electrical and computer engineering doctoral student Andrew Goffin submitted to the state legislature in support of the collective bargaining bill, he said although he has above-average funding and an adviser who allows him to have a good work-life balance, it’s still difficult for him to afford living in the Washington, D.C., area.

“On an individual level, no graduate student can petition for improvements in their working conditions, especially when such issues vary wildly between departments and campuses. Such improvements can only be attained through collective bargaining,” Goffin wrote in his testimony.

Goffin looked into university-owned graduate housing when he was deciding on a place to live in the area, but he ultimately decided on a one-bedroom apartment in New Carrollton located 15 to 20 minutes from the campus. He pays about $1,220 per month with a free parking spot and estimates that his rent increases by about 5 percent annually — more than the 1 percent cost-of-living adjustment that graduate students received this year.

“You basically have to live at least 10 to 15 minutes away from campus, driving distance, in order to even begin to get rents that are affordable,” Goffin said.

Some graduate students have had better luck in finding affordable housing close to the campus.

Physics doctoral student Jameson O’Reilly said it was easier for him to find housing in College Park than in Boston, where he lived as an undergraduate.

O’Reilly pays $730 for a room in a house with four other second-year students. Since the house was rebuilt after burning down more than 10 years ago, they have avoided the wrath of pests other students have combated in their homes.

“We’re very lucky we have a very nice house now,” said O’Reilly, who also submitted written testimony in favor of the collective bargaining bill. “I know of some places that have definitely had these issues.”

Finding housing can be all the more complicated for those who did not live near College Park before starting graduate school. International students made up about 29.1 percent of the graduate student population in fall 2020, according to data from the university.

Physics doctoral student Antonios Kyprianidis, an international student from Greece, found the process of securing housing stressful. Seven years ago, he contacted a landlord from his home in Greece, who told him that he might have a room available. When Kyprianidis viewed the room upon arriving in the United States, however, he found that it was expensive — the $800 rent would be half of the monthly paycheck he’d receive as a graduate assistant.

As days passed, he stayed in a hotel while looking for other rooms but later went to stay at a cheaper Airbnb.

“After 10 days of living at the Airbnb I decided that this can’t go on — I’ll just go for that room that I initially saw that was likely still free,” he said. “It ended up being the most expensive room I lived in. I remember the first year was really tough in terms of making ends meet.”

Years later, Kyprianidis is now living with his wife in a house in Takoma Park. Less than halfway into his time as a graduate student, however, he discovered that he had accumulated thousands of dollars in credit card debt that took months of frugal living to overcome.

“I was really trying to think, ‘Where did I spend all this money? What kind of luxurious life did I have and I didn’t notice?’” Kyprianidis said.

Though graduate student workers who are U.S. citizens are allowed to find additional employment off the campus to supplement their stipends, international students aren’t allowed to due to visa restrictions.

“Our salaries are student salaries, but there’s no separate grade of rents for students that are one-third of the average rent,” Kyprianidis said. “In restaurants, there’s not a part of the menu where you can pay one-third. You still have to pay what other people pay — what the average salary [is] around.”

Montgomery County native Gabrielle Tillenburg knew the tribulations of finding good housing in the Washington, D.C., area before starting as a doctoral student in the art history and archaeology program at this university. She lived in a group rowhouse in the District for three years while working at a nonprofit. Though she says it was “incredibly affordable,” it also had problems with mice and a leaky roof, which she says the landlord didn’t address.

Tillenburg had a hard time finding places to live that were affordable, as the Columbia Heights and Petworth neighborhoods became increasingly gentrified. Now, she lives in Silver Spring with a roommate. When she was apartment hunting, however, she did not give the university’s graduate housing a second thought because of the steep costs and poor Google reviews that mentioned bedbugs, mice, cockroaches and mold.

“That’s an unacceptable quality of life. Unfortunately, I think it’s the reality for so many people,” she said. “But it’s clear that this is not just a University of Maryland issue. This is a housing issue in America.”

This story is part of an ongoing series The Diamondback will be covering this semester on housing costs in the College Park area.