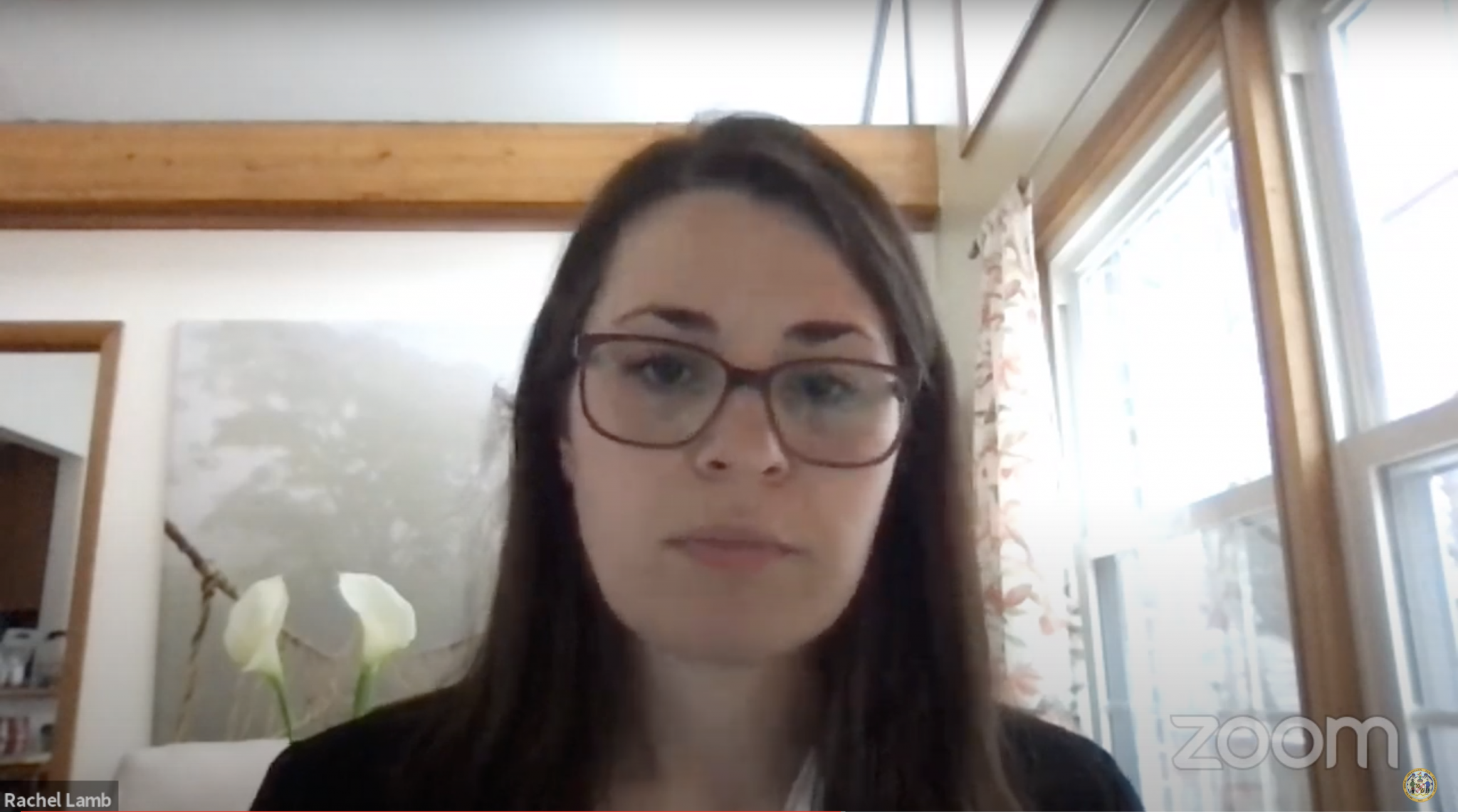 University System of Maryland graduate students testified at a state hearing Thursday in favor of a bill that would grant graduate student workers collective bargaining rights.

In Thursday’s hearing in the Senate Finance Committee, four graduate students — including two from the University of Maryland — testified about the need for graduate student workers to be treated as employees, with more than 100 graduate assistants and professors submitting written testimonies.

This university’s graduate school Dean Steve Fetter and University System of Maryland academic and student affairs Vice Chancellor Joann Boughman testified against the bill. They argued that the primary role of graduate students is as students and that collective bargaining would limit graduate student freedom. They also said increased stipends would put an extreme burden on system universities.

“We believe that choosing to create a union to collectively bargain will change that relationship, decrease the flexibility that many of our graduate students and assistants need,” Boughman said, “and with the current shared governance processes that will in fact be changed as well, we believe these would work to the detriment of the graduate students.”

This collective bargaining is similar to legislation that has been introduced repeatedly in the Maryland General Assembly over the past decade, to no avail.

A 2019 version of the bill passed the House of Delegates, but similar legislation has yet to ever gain real momentum in the Senate. In 2020, the pandemic caused state legislators to rush to pass legislation in the face of a shortened session. Ultimately, the General Assembly passed more than 650 pieces of legislation in three days — and the collective bargaining bill wasn’t one of them.

Graduate Assistant Advisory Committee Chair Alex Dunphy has been a part of this fight for four years, and while he is hopeful about this year’s bill, he is also apprehensive.

“I’ve had my heart broken before, so I’m not going to say it’s for sure this year, but I am optimistic,” he said.

Sen. Ben Kramer (D-Montgomery), the bill’s sponsor, and vice committee chair Brian Feldman (D-Montgomery) were among those who questioned Fetter and Boughman at Thursday’s hearing.

“Do you believe you know better what is in their best interests, rather than the students who were here, who have brought to this committee a number of letters of support from across the spectrum of the university system?” Kramer asked Boughman after her testimony.

Graduate students are an integral part of the university community, Dunphy said. They supplement multiple programs and facilities, he said, and they work long hours.

“We do the grunt work — the university would not be able to run without our labor, and I think … the administration and the graduate school dean, they know that too,” Dunphy said. “They rely on our cheap labor. They can pay us below the poverty level at times to keep the university running.”

Many graduate students wrote in their testimonies that they usually go above their contract limit of 20 hours a week with no overtime pay. One student, Christie Trimble, said she has worked up to 100 hours per week in some circumstances. Now in her fifth year of graduate school, Trimble says she keeps a sleeping bag and pillow in her office in case she needs to sleep there.

The current minimum 9.5-month full stipend that graduate assistants are paid is well below $42,000, which the Massachusetts Institute of Technology found is the required minimum annual income for a living wage for one adult living in Prince George’s County.

At the hearing, Fetter detailed the current stipends and advantages afforded to graduate students. He later added that increasing stipends is his highest priority as dean.

The experiences they have as graduate assistants are part of their education and professional development, he said.

“The average stipend is now $22,000 per year … for 20 hours per week for only nine months per year, which is equivalent to $59,000 for full-time work,” Fetter said during his testimony. “It also includes free tuition and the same health insurance available to me.”

Even with these benefits, advocates for the bill say they have little to no power to ask for more money or support from the university.

Since 2013, the GAAC has met with university administrators once a semester. These “meet-and-confer” meetings allow graduate representatives to discuss job-related issues graduate student workers are facing. However, these sessions do not result in any binding agreements.

Dunphy and Rachel Lamb, a graduate student at this university who testified at the hearing, say these meetings are not enough. The right to collectively bargain would allow them to discuss issues as a unit and would require employers to negotiate in good faith.

“By choosing to form a collective bargaining unit, we can actually continue to leverage the collective power that we have in numbers,” Lamb said during the hearing.

Graduate students also say their advisers and professors can make or break their careers and degrees. Advocates point to studies that show collective bargaining and graduate student unionization have been shown to improve relationships between faculty and students.

Government and politics doctoral student Autumn Perkey, who testified at Thursday’s hearing, said she came to the university with two children and a starting 9.5-month stiped of $17,500. She applied for Maryland’s child care support program but was denied due to the nature of her research assistantship, she said. As a graduate research assistant, Perkey is not considered an employee.

At this university, Perkey said in her testimony, graduate assistants are also only guaranteed a six-week parental accommodation. Perkey noted this does not cover the time needed to recover from having a child or emergency situations. Being defined as employees would make them eligible for the Family and Medical Leave Act, she said, allowing them more flexibility to take care of family members in situations like the current pandemic.

In her testimony, Boughman noted that graduate students are students first and that there is worry that outside employment would distract them from their studies.

“When you hear a story like [Perkey’s], I would imagine there should be some flexibility,” he said. “You don’t want any of your graduate students to be destitute.”

But the effort is about more than money, Lamb said in her testimony. It’s about making a tangible difference in the lives of many graduate assistants, she said.

“It’s about addressing inequalities across the system, acknowledging the fundamental contributions of GAs to campus operations and protecting vulnerable student workers who often have to navigate challenging power imbalances with supervisors and advisers,” Lamb said.

Graduate students aren’t the only ones fighting. Professors and advisers from this university have also submitted testimony in support of the bill.

“I cannot teach a class or run a lab without [graduate assistant] work,” wrote Daniel Greene, an information studies professor at this university. “[Doctoral] students are regularly instructors of record, or TAs with their own sections… Our labs cannot run without our research assistants.”