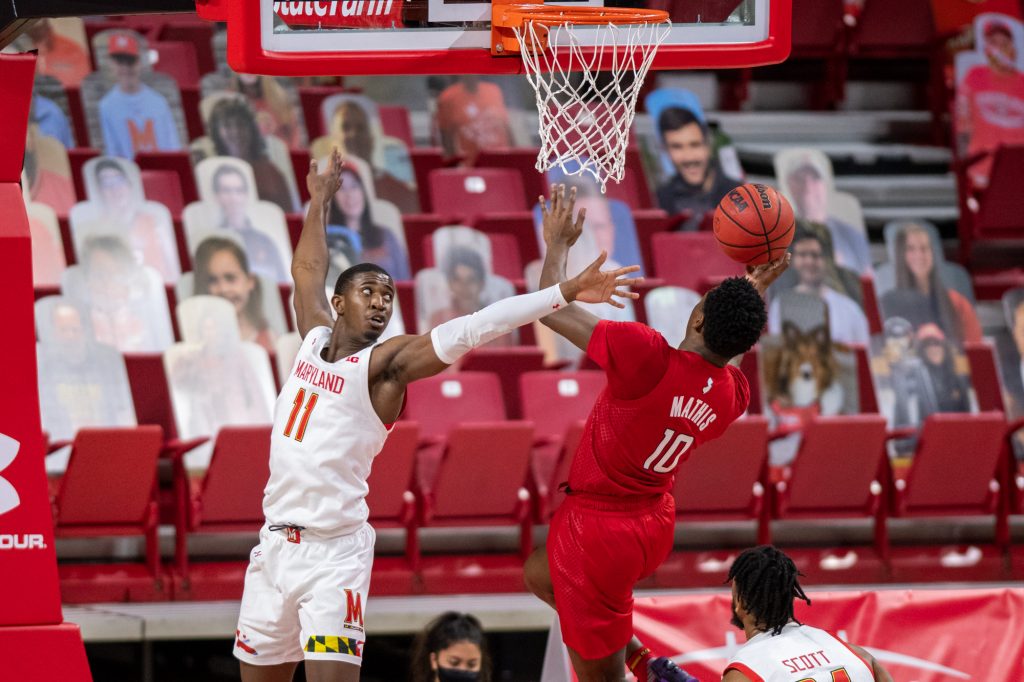 What to watch for Maryland: Running the offense through Donta Scott

Before grabbing a pair of big wins over a Big Ten-worst Nebraska team, the Maryland offense had been under the spell of a scoring miasma for much of 2021 (61.7 points a game before Nebraska back-to-back). That misfortune is more likely to continue as they face Rutgers’ No. 14 defense in the nation (per KenPom). Especially with Rutgers having two players standing at 6’11”, the undersized Terps could have a tough time scoring in the paint. If Maryland wants to come out victorious Sunday afternoon, they have to strike Rutgers the same way they did other teams with dominant bigs such as Minnesota and Illinois, which means throwing Donta Scott right at them. In three total games against the talented Kofi Cockburn and Liam Robbins, Scott averaged 13 points but more importantly, 10 rebounds.

What to watch for Rutgers: Emphasizing the three-pointer

For a team as electric as Rutgers was up through December, the Scarlet Knights’ offense has been the downfall of what could have been a rival to Iowa and Illinois’ Big Ten dominance. Rutgers was averaging 80.6 points a game through its first eight games, including its 74-60 win at Maryland. Now, (mostly) thanks to an 0-5 January stretch where they averaged 61.8 points a game, the Scarlet Knights rank in the bottom half of scoring average in the nation at 71.5. That offense, which relies heavily on inside-scoring, doesn’t match up too well with a Maryland defense that limits two-point attempts to 46.2 percent. They’ll need to find a different way to score like they had earlier in the season, and focusing on the three-ball will be impactful to their potential success, especially since Maryland ranks 230th in the nation on perimeter defense.