Maryland men’s basketball vs. No. 24 Purdue: How to watch and what to watch for 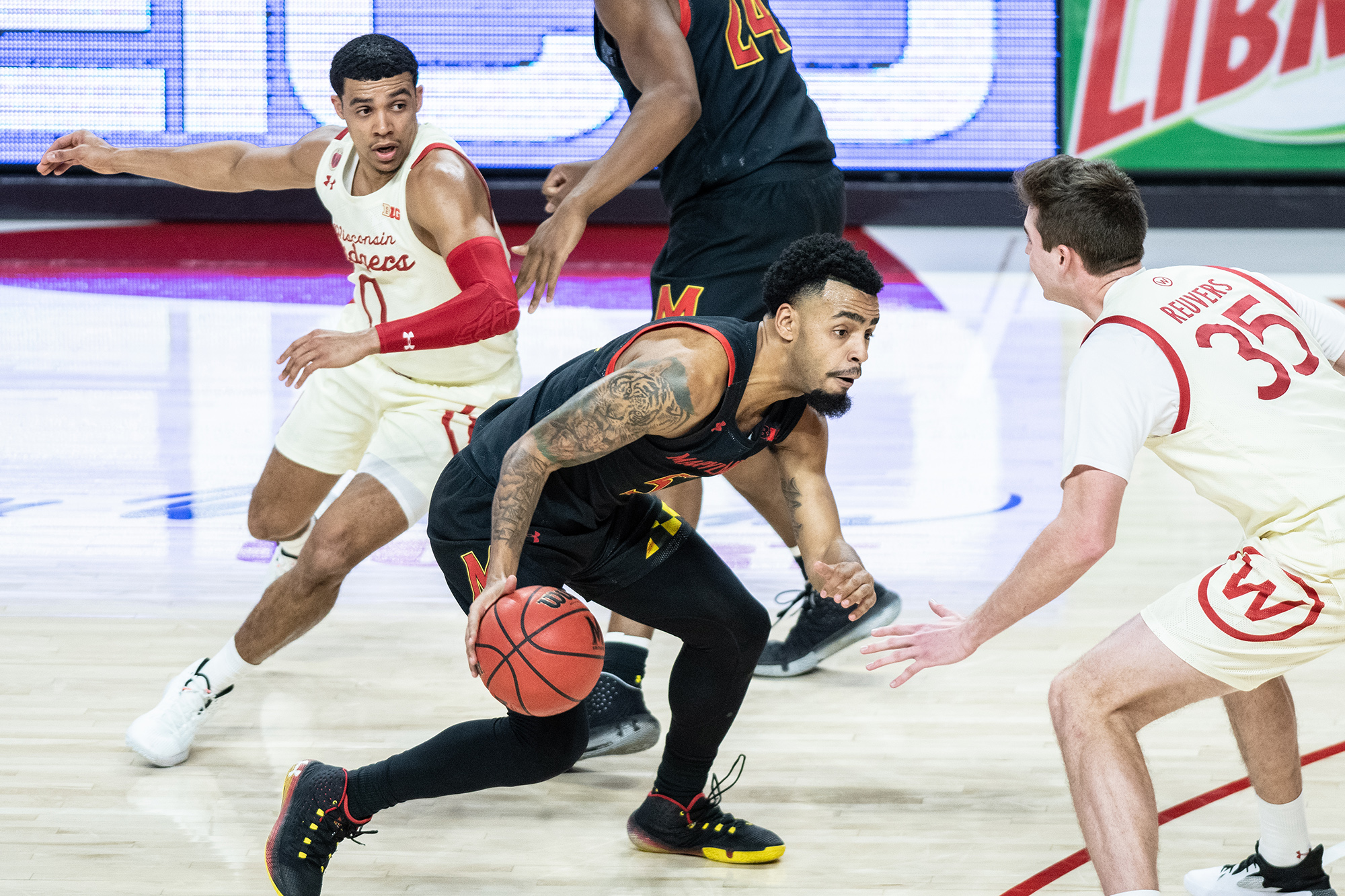 Guard Eric Ayala attempts to dribble around a defender during Maryland's 61-55 loss to No. 14 Wisconsin on Jan. 27, 2021 at the Xfinity Center. (Julia Nikhinson/The Diamondback)

What to watch for Maryland: Do they start slow?

In the Terps’ last game against Wisconsin, a lackluster first half found them sitting in an 18-point hole that they were ultimately unable to climb out of, despite a strong second-half effort. Slow starts are nothing new for Maryland, who has gained a reputation as a second half team in recent seasons. If they get off to a cold start against the Boilermakers, who are also becoming a notorious second half team, it could lead to a second straight loss for the 9-8 Terps.

What to watch for Purdue: Do they continue the hot streak?

Since January 1, Purdue is 5-2 with wins over Michigan State, Indiana, Minnesota, Penn State and Ohio State. One of five Big Ten teams with at least 12 wins on the season, the Boilermakers will look to keep things rolling against Maryland. A win will also give Purdue the season sweep over the Terps, something they haven’t done since 2018.