Maryland men’s basketball vs. No. 5 Iowa: How to watch and what to watch for 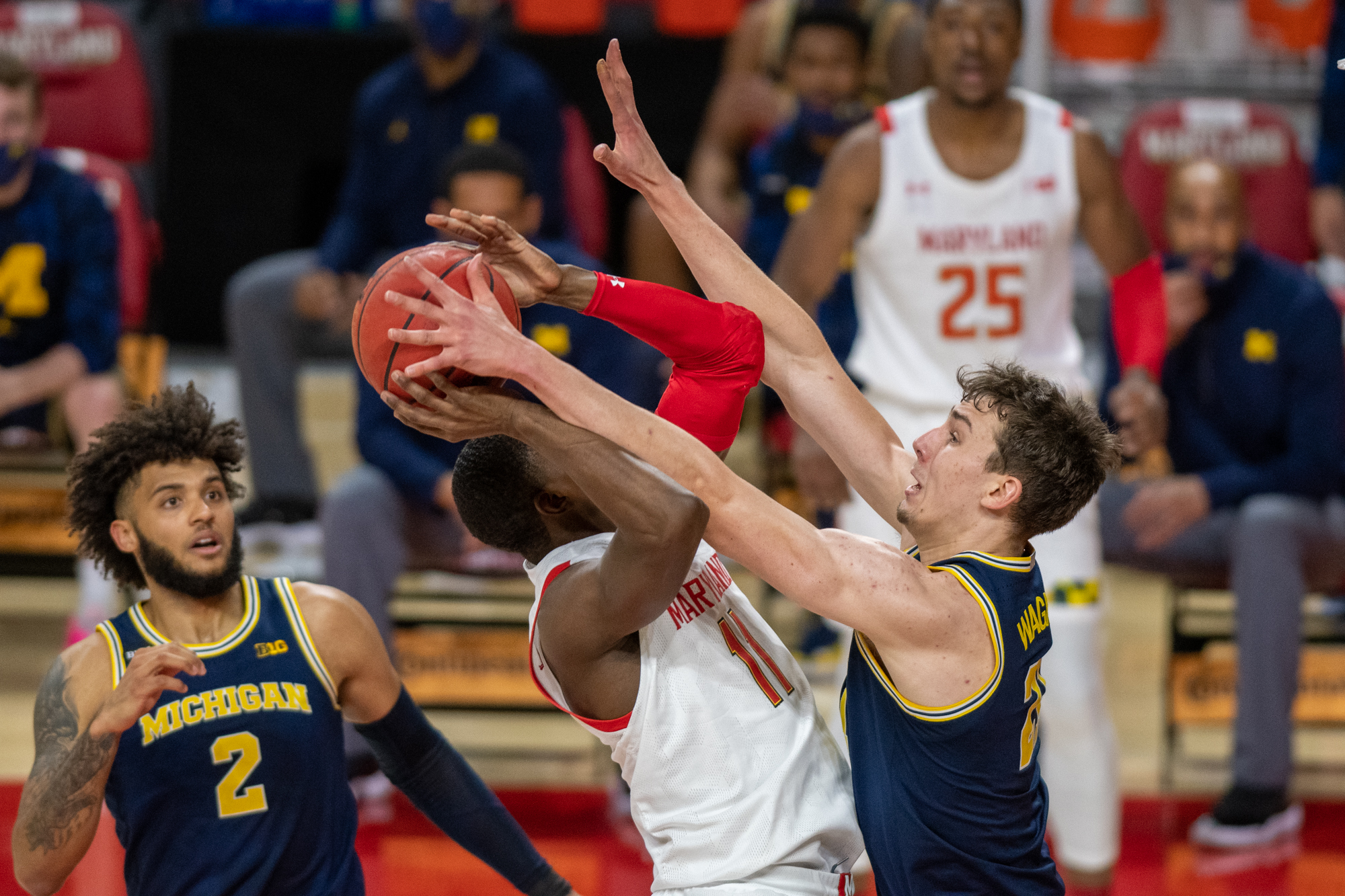 Guard Darryl Morsell has his shot contested during Maryland's 84-73 loss to No. 16 Michigan on Dec. 31, 2020, at Xfinity Center. (Joe Ryan/The Diamondback)

Maryland has struggled to contain big men this year, especially in Big Ten play. With Iowa boasting potentially the best player in the country in Luka Garza at the center, Maryland will have a lot on its plate. Galin Smith and Chol Marial will likely see an uptick in minutes tonight, or Donta Scott and Jairus Hamilton will have to try and guard the reigning Big Ten player of the year.

What to watch for Iowa: Three-point defense

Iowa’s offense has been electric thus far, scoring over 90 points per game and having the most efficient offense in the country according to KenPom. However, the Hawkeyes defense has been suspect, ranking 97th in KenPom and allowing 74 points per game. The Hawkeyes’ opponents have shot 35.6 percent from beyond the arc this season, and with Maryland boasting KenPom’s 13th highest rated offense and shooting 36.6 percent from three, it could be a barn burner.