Maryland men’s basketball vs. No. 9 Wisconsin: how to watch and what to watch for 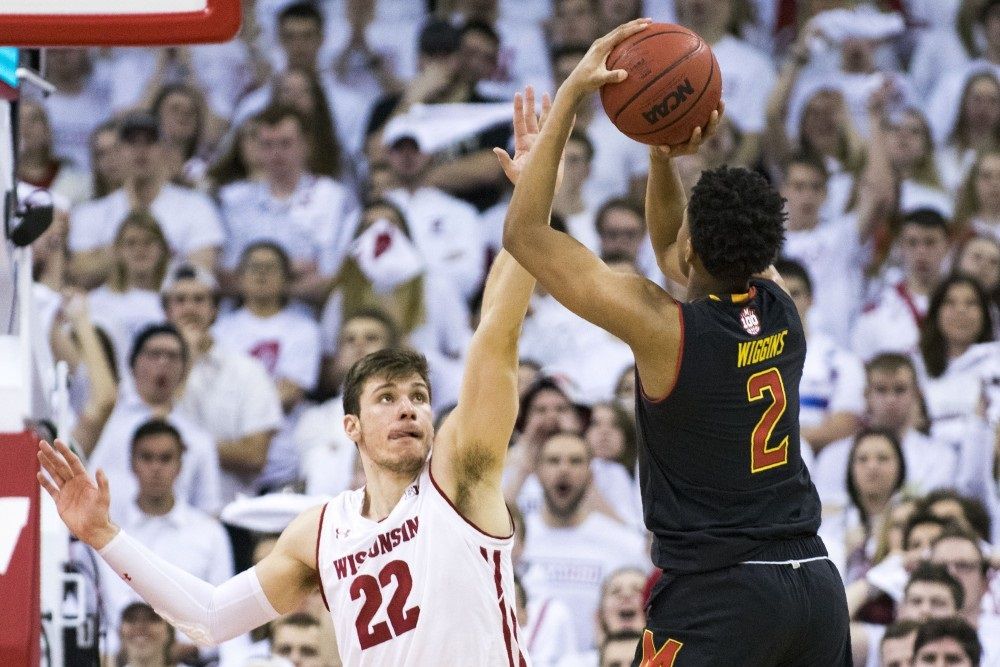 Guard Aaron Wiggins leaps to shoot a 3-pointer during No. 21 Maryland’s 69-61 loss to No. 24 Wisconsin at the Kohl Center on Feb. 1, 2019. (Courtesy of Cameron Lane-Flehinger/The Daily Cardinal)

What to watch for Maryland: Defensive adjustments against another Big Ten opponent

Maryland’s defense has struggled amidst a 1-3 stretch that included two losses to Big Ten opponents, and it needs to step up as the Terps continue conference play. Rutgers and Purdue have posted the two highest point totals against Maryland this season, scoring 74 and 73 points respectively. Maryland’s defense will have to make whatever kind of adjustments that are necessary against a Wisconsin team that has averaged 79 points in its eight wins this season and is ranked ninth in KenPom’s offensive efficiency ratings.

What to watch for Wisconsin: Sharpshooting

Wisconsin is coming off an 85-76 win against a formidable Michigan State team with four starters scoring in double digits, including senior D’Mitrik Trice’s 29 point explosion. In fact, four of their starters have averaged 10+ points per game this season, led by senior Micah Potter’s 13.1. The Badgers have especially been deadly from three-point range, ranking 12th in the nation in three-point percentage at 41.8 percent. In their past four games, they made 47.7 percent of their three-pointers, but that surge might hit a roadblock as it faces a Maryland team that had held its opponents to a 36.3 percent shooting from deep this season.