Maryland men’s basketball vs. Purdue: How to watch and what to watch for 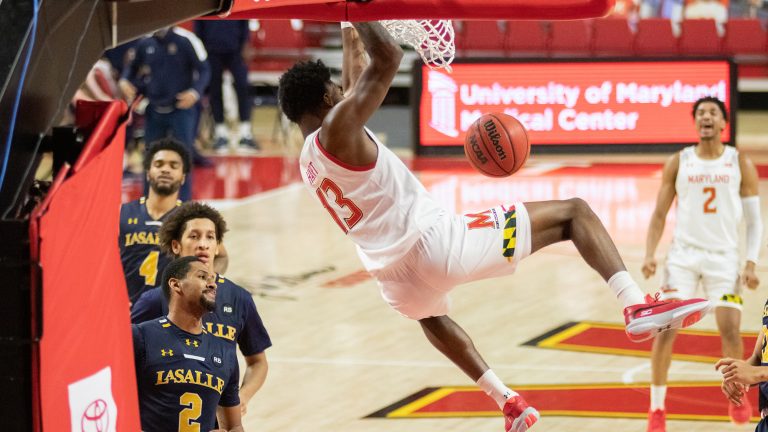 What to watch for Maryland: Offensive consistency

Without a go-to-guy, the Maryland offense has been very inconsistent. The Terps are shooting just under 50 percent from the field and around 35 percent from three, but in their two games against power-conference opponents, those numbers dip to 37 percent and 26 percent respectively. With Purdue boasting a solid defense, offense might be hard to come by for the Terps.

What to watch for La Salle: Zach Edey and Trevion Williams

Maryland has had noted struggles from its big men this season, which will be a problem when facing Purdue. The Boilermakers have a two-headed monster down low, with Trevion Williams and Zach Edey comprising one of the better frontcourts in the Big Ten. Williams is averaging just under 14 points and 10 rebounds per contest, while Edey is averaging slightly more than 10 points in under 14 minutes per game. For Maryland to win they will have to slow down the duo.