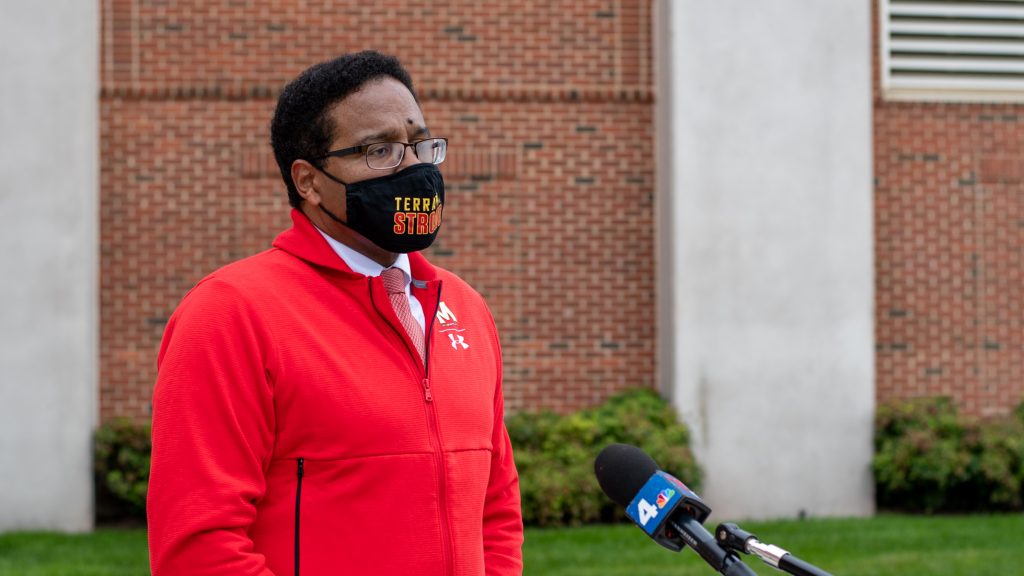 Backlash is still building after the University of Maryland announced last month it will not be offering a pass/fail grading option this semester. In a Monday interview, however, university President Darryll Pines said the school isn’t backing down from its decision.

Provost Mary Ann Rankin announced the grading policy in an email on Nov. 16. This marks a divergence from the university’s decision to implement a pass/fail grading option last semester, after classes shifted online in March due to the coronavirus pandemic.

In the email, Rankin wrote that administrators worried the grading system would hurt students’ post-graduate plans and academic careers, as well as their preparation for future coursework.

Since the announcement, opposition has been fierce.

The Student Government Association passed a resolution calling on the university to reconsider the decision, community members blasted the decision at a town hall and a group of students has launched a survey to understand the toll the pandemic has taken on students.

Students have said they’d hoped the university would once again extend a pass/fail option, arguing the challenges brought by the pandemic and online coursework necessitated academic flexibility.

But in an interview with The Diamondback on Monday, Pines dispelled any hope the university would change its decision.

“We sense the pain of the students,” Pines said. “But we have made a final decision that we are not going to allow pass/fail this semester.”

Though some students opposed the decision, it was “favorable” to others, Pines said, citing emails he and other administrators had received.

Pines pushed back on the notion that students’ opinions were not included in the university’s decision-making process, stressing that the school “listened to all stakeholders,” including students, before making the pass/fail announcement.

“Students are simply upset because it didn’t go in their favor,” Pines said. “So when things don’t go in your favor, doesn’t mean that the university hasn’t heard you.”

At the time of the announcement, a petition calling for the return of pass/fail grading had garnered 7,500 signatures.

Alysa Conway, the SGA’s director of academic affairs, has been one of the students leading the charge to encourage the university to extend a pass/fail option to students.

She said the university had not engaged students as much as she had hoped. Administrators never had a meeting “that incorporated all student stakeholders,” Conway wrote in a text message.

“I just find it to be a very interesting move, and I can’t help but to say that I am disappointed,” said Conway, a senior government and politics and public policy major.

Conway was among the leaders behind the SGA resolution condemning the university’s decision. In a response to the resolution, Rankin wrote to SGA leadership that the university appreciated the body’s advocacy, but stood by its own decision.

The university consulted with deans, chairs and other academic leaders, Rankin wrote, and ultimately decided it was “not a viable long-term option.”

Instead of offering pass/fail this semester, the university extended the deadline for withdrawing from a course by three weeks to Nov. 30. Pines said he’s not aware specific groups of students requested the extension of the deadline, but the university felt it would be a “favorable choice for students” after “listening to all groups.”

The university encourages students to seek academic assistance from instructors, Rankin wrote in the Nov. 16 email. In an interview last month, Pines echoed that thought.

“We are ready, willing and able to meet individually with students who are struggling,” he said Nov. 23.
But pushback to the decision remains. And going forward, Conway stressed the importance of efforts to improve students’ livelihoods.

“We need to continue to work together in order to assure that students are being relieved of the very conscious academic-related issues that are surfacing within colleges and universities,” she said.