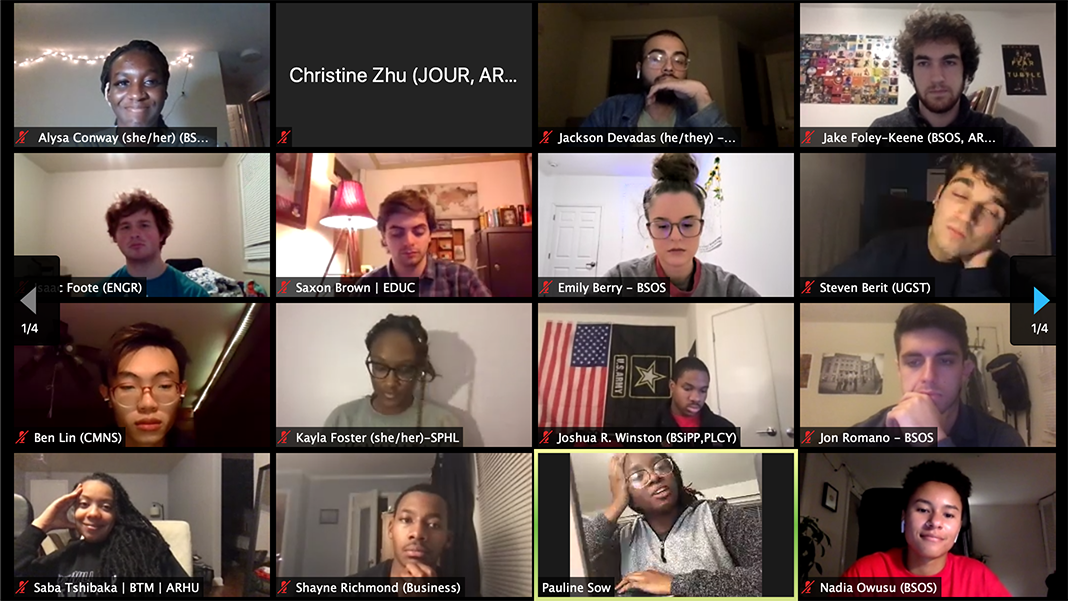 After the University of Maryland announced it would not add a pass/fail grading option this fall, some students are still pushing — by organizing a student forum and developing a survey to collect student voices to show administrators.

The university extended the deadline to withdraw from a class and announced there would be no changes to grading in a Nov. 16 email. This policy was different than the one implemented in the spring semester, when classes shifted online due to the pandemic and an opt-out pass/fail grading system was put in place.

In the email announcing the policy, Provost Mary Ann Rankin wrote that administrators worried implementing a pass/fail grading system would hurt students’ post-graduate plans and future academic careers. With such a grading system in place, students may not be prepared for subsequent higher-level coursework, Rankin wrote, and their transcripts may not reflect their mastery of the material.

But many students weren’t satisfied by these reasons — and they haven’t given up on pushing administrators to reconsider.

Jackson Devadas, a senior physiology and neurobiology major, is among the students who organized a student forum to discuss a pass/fail grading option, which took place on Nov. 29. For Devadas, pass/fail matters this semester for countless reasons.

“People need to care for their families, for themselves,” Devadas said. “People are in the midst of financial crises, mental health crises, physical health crises — and writing an essay, finishing and turning in assignments, in the grand scheme of things, isn’t as important.”

The group of students also wrote and distributed a survey on Dec. 1 “seeking to comprehend how students have felt the university has dealt with this pandemic, particularly when it comes to addressing student needs and concerns.”

As of Sunday evening, the survey had received over 1,600 responses; the organizers aim to get at least 5,000 before bringing it to administrators.

“Students are homeless right now, students are hungry,” Nadia Owusu, a senior government and politics major, said. “Students are dealing with grief and loss and, on top of that, trying to turn in assignments and write essays and study. Some classes are even harder now than they were when they were taking them in person.”

Senior Alysa Conway, another student who helped organize the forum and one of the most vocal advocates for a pass/fail option, has worked alongside academic affairs representatives within the Big Ten to discuss what each institution is doing in terms of their grading policy. Many have adopted pass/fail or similar policies.

“We are definitely at the minority, to not have advanced this as of yet, which is quite frankly surprising to me,” the government and politics and public policy major said.

Devadas noted that although they have always cared about issues such as pass/fail, they have never considered themselves a student activist and do not want to be labeled as one.

“It’s really disappointing and sad that I’ve had to assume some of these responsibilities to create the survey, to create advocacy plans and things of that nature because I’m a student. We are all students here at this university,” they said. “It shouldn’t be our job to lobby for things so simple as pass/fail which are just to help us, to protect us.”

Devadas has received emails from faculty members thanking them for speaking out.

“It makes me really upset because … I’m not the one who’s supposed to be speaking. This is not my job,” they said. Devadas thinks administrators and professors are the ones who need to advocate for the grading system to protect students.

Devadas said they are disappointed in faculty members who love to hear students use their voice and support students behind the scenes but seem like they never want to do it out in the open or help students make change.

Owusu added that one of the biggest ways to draw attention to an issue is reaching out to the media, external sources, outside organizations, state legislators and College Park representatives to get them involved.

“We have to do what we can to protect our students,” Owusu said.

“There are a lot of students right now that do feel like that they are foreseeably down and out and discouraged, and I really want to encourage everybody to keep their heads up and be able to keep moving forward and pushing this along because it’s not the end,” she said.

CORRECTION: Due to a reporting error, a previous version of this article stated the university announced there would be no changes to grading in a Nov. 17 email. The email was sent on Nov. 16. This story has been updated.