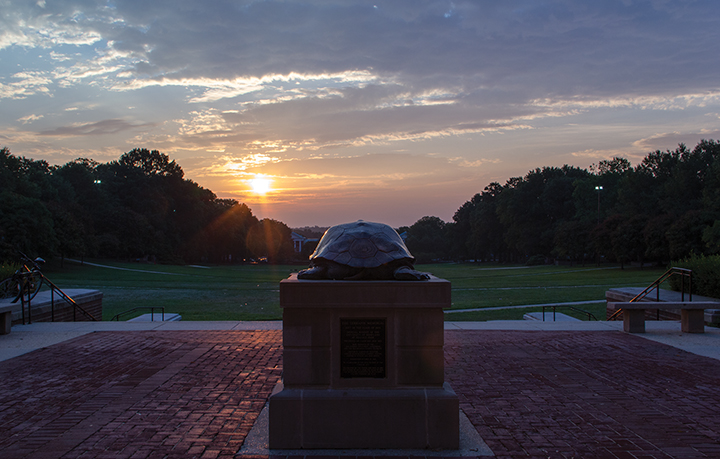 By Chloe Goldberg and Kanika Mehra

Undergraduate courses at the University of Maryland will be graded pass-fail for the remainder of the semester unless students opt to receive letter grades, according to a campuswide email Thursday from Provost Mary Ann Rankin.

Students will be able to make that choice up until the last day of the spring semester — May 12 — according to the email. Under a pass-fail system, students either receive a “pass” or “fail” when they complete a course, instead of a letter grade. Transcripts will also include a note indicating “unusual circumstances” during this semester, the email said.

A “pass” will not contribute to a student’s grade-point average or count toward GPA-based honors or recognitions. There also is no limit on the number of pass-fail credits a student can choose to take this semester, and minuimum grading requirements for major and concentration courses will also be waived, she wrote.

The pass-fail system will not interfere with any student’s financial aid eligibility, Rankin wrote, though students should check in with an adviser about potential ramifications for scholarships.

The announcement from the university comes after a measure encouraging an optional pass-fail policy for the semester failed in the Student Government Assocation’s virtual meeting Wednesday night, SGA president Ireland Lesley said.

The bill failed in part because the body didn’t have long to consider it, Lesley said, but she commended the university’s decision as a “start of the conversation on what equitable grading looks like.”

“I think there needs to be some — a lot — of grace extended by professors and by the university to understand that students have different circumstances,” she said. “So there’s no one policy that’s going to make it good for everyone, but I’m hoping that and I know that the university was taking a lot of those things into consideration.”

A student-created Change.org petition for an optional pass-fail grading system during online learning amassed more than 990 signatures in six days.

“This is an extremely stressful time in our college academic career, and many of us have other struggles pertaining to our home lives that may not serve as adequate learning environments,” reads the petition.

Another student-led petition for a double-A grading system, which would have allowed students to earn either an ‘A’ or ‘A-’ in every class for the semester in the hopes of preserving grade-point averages, has amassed over 4,700 signatures in just three days.

Over a dozen four-year universities have expanded pass-fail grading options for students, according to Inside Higher Ed, such as the University of North Carolina Chapel Hill and the Massachusetts Institute of Technology.

Maya Seitz, a freshman, said that no matter the grading policy chosen, what mattered more was that it take into account the various extenuating circumstances students are dealing with right now, whether that’s being in financial crisis, having to serve as a babysitter for their siblings, or dealing with family members that are sick or medical workers.

“Even if we choose a pass-fail system, even if we choose a double-A system, or if we keep the regular system, cheaters and freeloaders are going to flourish. Either way, that’s kind of unavoidable,” she said, “I think our focus should be on supporting students who most need it.”

As a music performance major, Seitz also knows what it’s like to not have her classes translate well into a virtual setting.

“It is really difficult… the in-person experience is very, very important. For example, I have to take lessons with my viola professor, and we have to do it through Zoom — which is just not optimal because Zoom’s sound quality just isn’t superb. It doesn’t capture all of the overtones of the instrument,” she said.

Seitz even ordered a microphone online to improve the quality of her lessons — but it can’t be shipped to her because it’s coming from an area under a shelter-in-place order, she said.

Dylan Redfield, a senior computer science and government and politics major, reacted positively to the university’s decision, saying that it accommodates as many students as possible.

There are two very different groups of people to consider in choosing a grading policy, Redfield said: students who may need to boost their GPA’s for future grad school applications, and students who risk a disruption to their four-year plans due to the unprecedented situation.

“I really think that this policy in particular really benefits both those groups,” he said.

As a computer science major, the new policy provides for a “safety net and lack of stress,” since worries of failing a class are always on the back of students’ minds, Redfield said.

[Read More: President Loh on COVID-19: “The world is not going to go back to the way it has been”]

Cindy Clement, an economics professor at this university, said she’s worried about what her ECON200 microeconomics lecture class might look like in an online setting. She understands that students are worried too — and wants to make sure that they can continue learning off-campus.

But a pass-fail system might take away their motivation to learn in the first place, she said.

“My goal as a teacher is to motivate [students] to give them reason to want to learn more than they otherwise would,” Clement said. “Lots of times, a grade is an incentive.”

“We cannot expect life to go on as normal, so if the pass-fail grading system would help to channel these unforeseen circumstances, I would certainly favor it,” Naharro-Calderón said. “We hope for the best, and we will try to adjust to this environment as events unfold.”

Chiles noted that a mandatory pass-fail system could be unfair for upperclassmen who want to boost their GPAs before sending off resumes to employers. Students should be able to decide for themselves, on a class-by-class basis, whether pass-fail would be best for them, he said.