Maryland football vs. No. 12 Indiana: How to watch and what to watch for 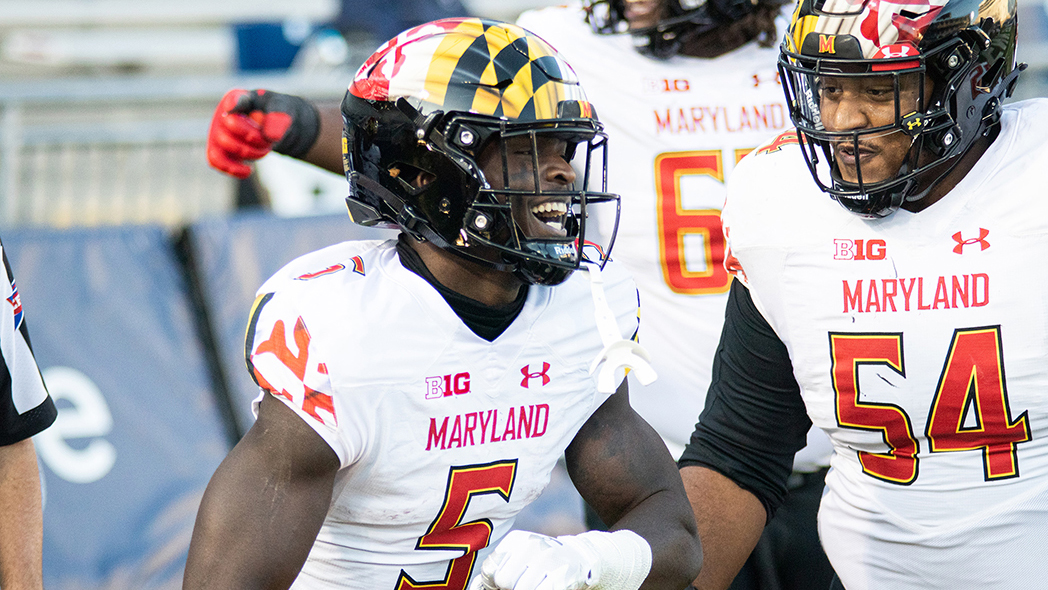 How rusty are the Terps?

It’s been 21 days since Maryland last played a football game. The team had a long stretch of time in quarantine without practicing. The Terps were riding a wave of momentum on offense and defense after they demolished Penn State in their previous game. Will it take time for the offense and defense to get back on track? No one knows for sure. For reference, Wisconsin is the only other team in the Big Ten who had a three-week layoff due to a COVID-19 outbreak and the Badgers didn’t miss a beat in their first game as they demolished Michigan 49-11.

Penix Jr. has been a revelation this season for the Hoosiers with 16 total touchdowns through five games, which has helped Indiana start its season with a 4-1 record. While he didn’t face the most impressive defenses in his first four games, he did put up five touchdown passes and 491 passing yards against an Ohio State defense stocked with future NFL players in his most recent game. The Terps are going to need to limit Penix Jr. to have any chance at pulling off the upset.

Will the Terps continue to feed Rakim Jarrett the ball?

In his most recent game against Penn State, Jarrett broke out with 5 catches for 144 yards and two touchdowns. The two touchdowns came off slant routes in which Jarrett simply outran the entire Penn State defense. Prior to the Penn State game, Jarrett had six catches for 68 yards against Minnesota. The Terps need to continue to increase Jarrett’s role on Saturday if they want to pile up the points on offense because there aren’t many cornerbacks that can contain the former five-star recruit.

Three things to watch for Indiana

How will the Hoosiers bounce back after a tough loss?

Indiana rode a 4-0 start to a top ten AP Poll ranking and had become the talk of college football. Then, they faced Justin Fields and Ohio State and suffered a close loss that severely hurt their chances at reaching the Big Ten Championship Game. Will the Hoosiers be able to put last week’s game behind them and be ready to face Maryland? This is a potential trap game that they can’t afford to lose.

Michael Penix Jr. has been the focal point of Indiana’s offense but this team needs Whop Philyor and Ty Fryfogle to produce if they want to win. So far, the duo have looked like future NFL players with 61 catches for 985 yards and nine touchdowns. Look for Penix to target Philyor and Fryfogle early and often on Saturday.

The Indiana defense has looked pretty good statistically in 2020 as they rank 18th in total defense through five games. However, their opponents have scored at least 21 points in four of their five games. Taulia Tagovailoa has been prolific in Maryland’s last two games and Maryland has lit up the scoreboard in those games. The Maryland offense versus the Indiana defense will be the focal matchup of this game.