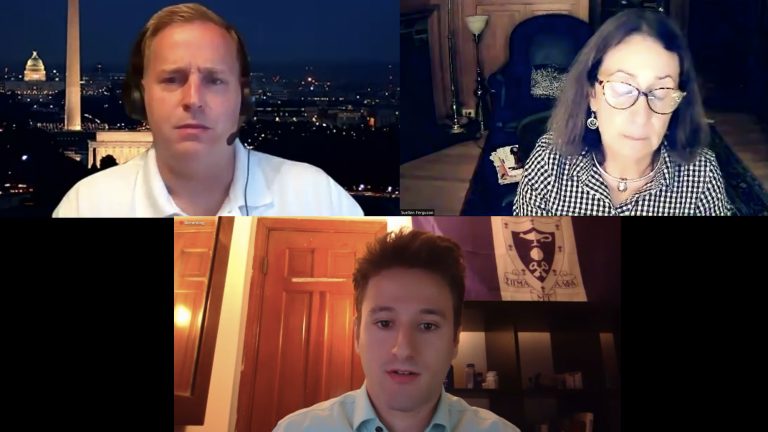 After nearly two hours of deliberation, the College Park City Council passed an emergency ordinance during its meeting Tuesday night to increase fines to a $1,000 maximum for any person who violates the city’s coronavirus health guidelines.

The county and state executive orders — one of which dictates residents must not engage in actions that jeopardize public health and the other mandating that landlords identify violators if asked by officials — originally charged violators $50 and $75, respectively.

And, despite strong pushback from local landlords, the city has now increased the fine, in hopes of fewer violations.

The first decree joins a list of other recent guidelines upheld by the city’s public services department, like the social gatherings, noise and nuisance ordinances — the passing of which caused crowds of students to voice their grievances at a September 2019 meeting. Now, breaking any of these ordinances could qualify for the $1,000 penalty.

The second allows officials to request the names of residents in a certain property to make sure they do not exceed the legal number of occupants. For every day that the landlord refuses to disclose the information, they could be fined an additional $1,000, said Suellen Ferguson, the city’s attorney.

Though the idea of raising the fine has been brought up in the past, the pandemic has heightened the need for a greater penalty, said Ryan. Fifteen requests have been made for resident names since July 1. Of those 15, eight have received the infraction and fine.

According to Ryan, there were two recent properties where police were notified or found evidence of a gathering at a property and, upon confrontation, had the door shut in their faces and their requests ignored by landlords.

Lisa Miller, who owns one of the properties that was flagged for violations, refuted Ryan’s claim. She said that the police notice stated there were fewer than 10 people, and there were no noise or nuisance complaints — the police just wanted the names of the tenants.

“This law that you’ve put in place does not say it’s because of the pandemic and will sunset. You’re putting it in place forever forward, saying for any reason that you decide [it’s] important to get names, you can do that,” Miller said.

District 3 Councilman John Rigg made a motion to change the emergency ordinance to include a sunset, meaning it will only apply during the time the city is in a state of emergency due to the coronavirus pandemic. After that, the council will vote again to determine whether to keep it in place.

But to Rigg, it seemed improbable that given the current climate, landlords would deny a simple request for tenant names. He expressed that now is not the time for someone to deny requests.

But some landlords, including Miller, took offense to the newly proposed changes.

One such complainant was Vernon Cunningham, who has offered students housing in College Park for 53 years. He said he was truly offended to have his morals questioned and be told he has no regard for the safety of his residents. Additionally, he added that his residents are grown adults and therefore he couldn’t control their behaviors.

However, residents and council members said that it really came down to enforcement and having landlords follow reasonable laws amid a pandemic. City resident Mary King had a simple question to ask the council.

“Why should anyone respect any ordinances when you don’t respect them enough to enforce them and have appropriate sanctioning?” King said.

CORRECTION: A previous version of this story mischaracterized the duration of the increased fines. The higher fines will be in place as long as the city of College Park is in a state of emergency due to the coronavirus pandemic. This story has been updated.