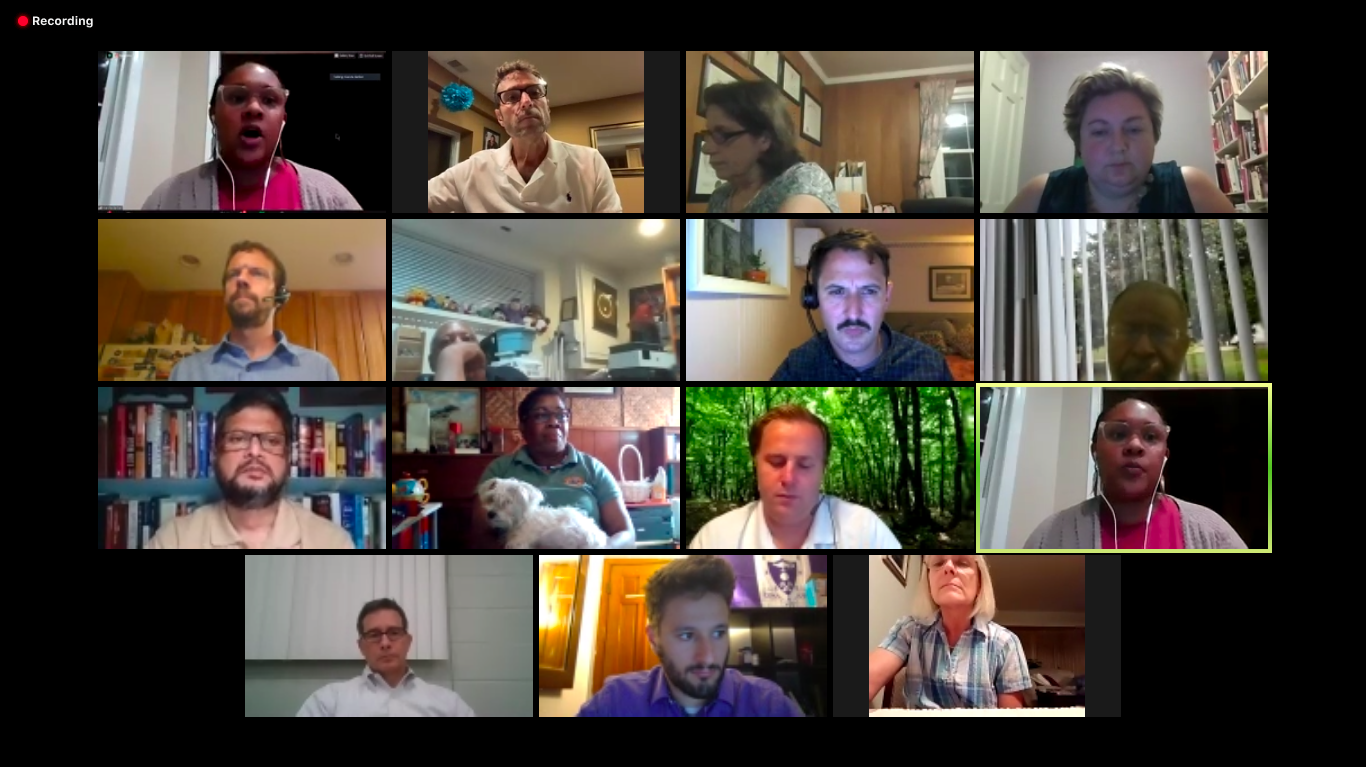 The College Park City Council met over Zoom on Sept. 1, 2020 to discuss an upcoming special election. (Clara Niel/For The Diamondback)

The city of College Park will hold a special election for a District 2 council member seat on Nov. 8, the City Council decided at its weekly meeting Tuesday.

District 2 Councilman P.J. Brennan announced his resignation in July after he and his husband found a home outside the district. He will officially depart Sept. 30.

Ultimately, the council decided to hold the election on a Sunday — a proposal the board approved due to concerns that voters could have other commitments on weekdays.

“Driving is easier, and it’s easier to schedule your time on a Sunday,” board member Jack Robson said.

District 1 Councilman Fazlul Kabir expressed his support for a Sunday election, reminding people the weekly city council meetings are held on Tuesdays. Many residents attend the meetings, he said, and even though the times wouldn’t conflict, he said he thought it would be better to move the election to Sunday.

“Residents can get a chance to attend the meeting, and many of us will be following the election closely as well,” Kabir said.

Now, there will be no need for extended voting hours, and polls will be open from 9 a.m. to 6 p.m. at the College Park Community Center.

Still, the board hopes residents will vote by mail due to the money they spent sending out mail-in ballot requests. The city will mail 3,400 ballot request forms to registered voters in District 2. To receive an actual voting ballot, the resident must send back the request.

During the meeting, District 4 Councilwoman Denise Mitchell asked why the election couldn’t be mail-in only. Robson noted that a polling location needs to be open in the event that residents don’t receive a ballot in the mail. The board discouraged the council from allowing early in-person voting, to prevent more in-person contact than necessary.

The board also discouraged the council from using ballot-marking devices — a touch screen voting system that assists voters with special needs — in the election. Finding a voting software vendor could be difficult, with the presidential election happening just five days before, city clerk Janeen Miller said. A final decision was not made on whether to use the devices.

If the devices are not used, two of the city’s election supervisors will be present at the polling location to ensure a simple process for those with disabilities. To keep the process as impartial as possible, the supervisors won’t be from District 2, Robson said.

“It’s very important that we do everything we can to try to make sure that people with disabilities can vote and in a way that’s confidential and accessible,” Mayor Patrick Wojahn said.