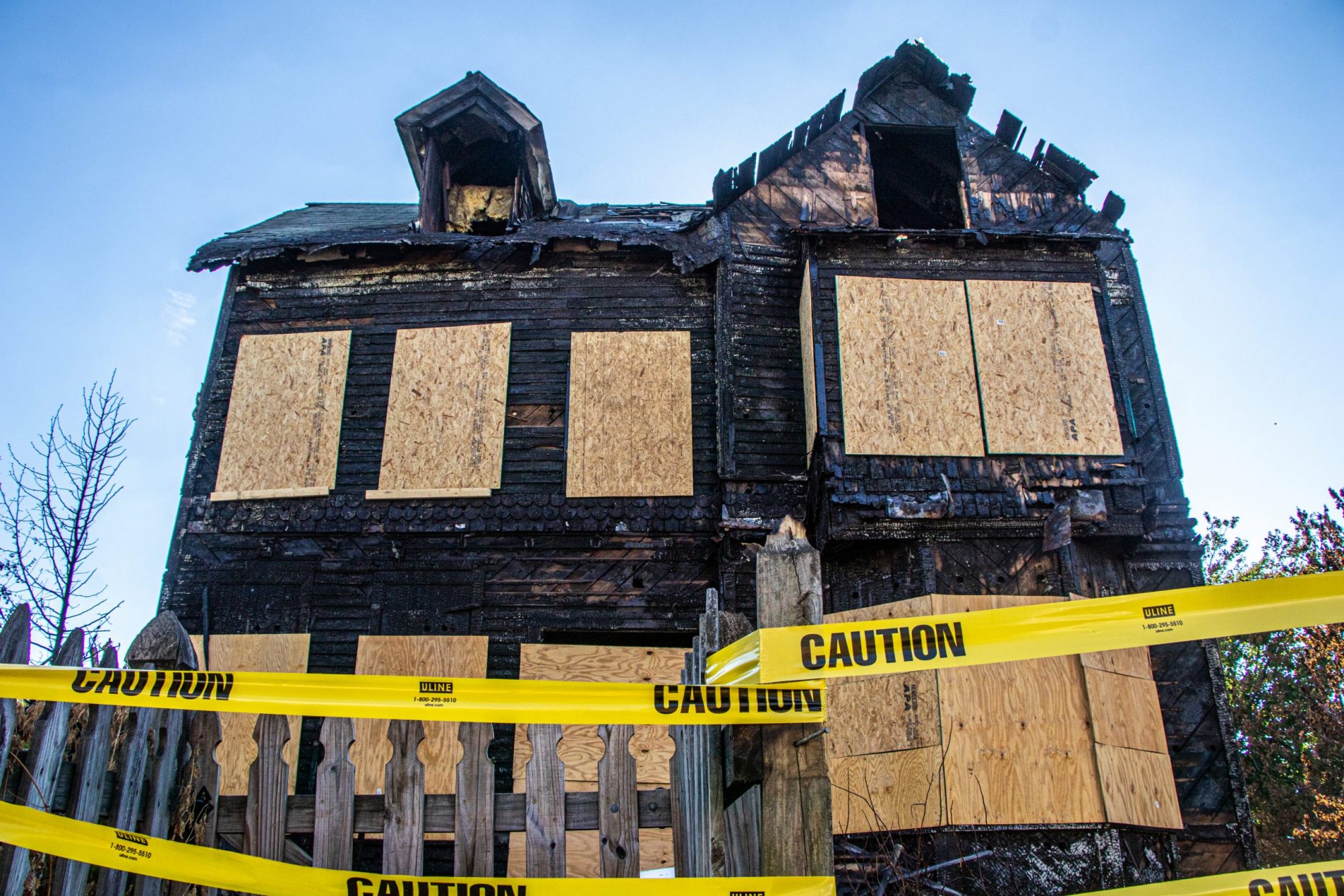 The Atkins family could smell their 119-year-old Hyattsville home burning before they saw the fire. They could see the flames licking up the side of their home.

The family fled to safety, but they lost their two cats and were left with $460,000 worth of damage, Donelan said. But the community responded in full, helping out on the scene and raising over $46,000 for the family’s immediate expenses.

Jim Groves, a family friend, arrived at the site of the tragedy after he heard the news. The house was completely engulfed in flames, he said. After the fire had spread to the main part of the home, Groves said it “went up like a chimney.”

Groves was among many community members who came out on the day of the fire to help the Atkins family salvage their possessions from the fire and water from the firefighters’ hoses that had soaked the house, family friend and GoFundMe organizer Rebecca Gitter said.

Gitter said people donned hip waders to retrieve Joe’s variety of instruments from the basement of the home, where much of the water had pooled.

And the next day, 57 community members gathered at the remains of the Atkins home, outfitted with masks in the 96 degree heat, to sort through whatever possessions they could find, Gitter said. They hung up sheet music one page at a time to dry on clotheslines, trying to do what they could to salvage them, she said.

“It was pretty amazing. And it was really like a large gathering of people from lots of different places. Some people I knew really well from the community and other people were people I’ve never met before, that they heard about and wanted to stop by,” Gitter said.

The large number of community members who couldn’t physically aid but wanted to somehow help the Atkins family inspired Gitter to create the fundraiser, she said.

The GoFundMe campaign has raised more than $38,000 above their goal.

Gitter said the response was not surprising, since the community is so supportive and tight-knit, but she was surprised to see people donating such large amounts — even young people who work minimum wage jobs.

Joe Atkins and his family are staples of the Hyattsville community, Gitter said. Joe plays in multiple bands, including the Wild Anacostias, a zydeco band, which is very popular in Hyattsville, Gitter added. The GoFundMe page is filled with messages of support for the Atkins family, sharing messages of how they’ve affected the community.

“They are very well-known in the community,” Gitter said. “Joe would do anything for anybody.”

A community favorite is Joe’s yearly Mardi Gras party, which he dubbed “Tardy Gras” because the party is held once the weather warms up, Gitter said. The parties are full of music and fun, with a parade through Hyattsville, she said.

The fire culminates what has been a very difficult year for the Atkins family: Dana Grabiner, Joe’s late wife and mother to their children Sam and Dasha, died last fall.

Grabiner was also involved in the community, Gitter said, and she was also a part of the Hyattsville art scene, as well as playing in the Wild Anacostias with Joe. The Atkins family had also just put down their dog the day before the fire, Groves said.

“We are all OK. Definitely shaken but definitely OK. The experts don’t know what started this fire, but only that old wood burns – fast,” Joe wrote in a message on GoFundMe. “There are so, so, so many ways that this could have gone worse. We could be lying in burn wards or planning funerals and yet we are not.”

Gitter described the family’s situation as “heartbreaking,” but she said she was encouraged to see the community support them in this difficult time.

“I think the community has and will continue to come together for them for whatever they need,” Groves said. “Whatever it is, he just needs to say the word, and you will have 30 to 40 to 50 people there in a matter of minutes.”

The Atkins family certainly felt this support, describing in their GoFundMe message how this tragedy has made them realize how much they have rather than what they lost.

“Someday this tragedy will be nothing but a memory, and we’re looking forward to creating new joyful memories with each of you when we can all get together again. Our spirits are hardly diminished, instead buoyed by the love of all of you,” Joe wrote.