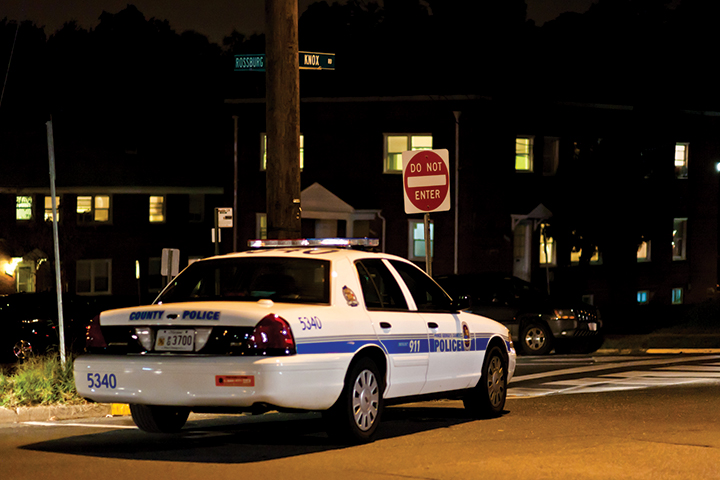 The College Park City Council discussed sending letters to the Prince George’s County sheriff and police chief, requesting that they evaluate their policy on “no-knock” warrants, at its virtual council meeting Tuesday night.

District 4 Councilwoman Maria Mackie, along with city staff, drafted the letters in part in response to the death of Breonna Taylor, a 26-year-old Black emergency room technician who Louisville police shot and killed in March while executing a no-knock warrant. Such warrants allow police to enter premises without first knocking or identifying themselves as law enforcement.

Since Taylor’s death, Louisville officials have banned no-knock warrants, and several jurisdictions have made moves to follow. Prince George’s County still allows them.

“It’s a letter that will be beneficial to our police force and our citizens,” Mackie said.

But District 3 Councilman Robert Day made an amendment to postpone the letter, which council members eventually voted to approve, 7-1.

Day raised concerns that the whole council hadn’t worked on the letter long enough, and that it isn’t “as timely as it needs to be.” Day acknowledged that Taylor’s death was horrible, but he emphasized that it happened over four months ago and not in College Park.

Instead, Day recommended the council wait to discuss the issue with the “four cities group,” which includes College Park, Greenbelt, New Carrollton and Berwyn Heights.

No-knock warrants have  faced scrutiny in Berwyn Heights in the past: In July 2008, then-Mayor Cheye Calvo’s home was raided after drugs were mailed to his address without his knowledge. Police shot and killed his two dogs during the incident, and the situation led to a “substantial revisions” in the way no-knock warrants are executed in the city, according to District 3 Councilman John Rigg

“I think that’d be the proper time to submit this, so that it has a little more bite and we have the push behind it that we need,” Day said. “I don’t think it’s the right time to do this.”

County officials formed the task force after county police Chief Hank Stawinski resigned following allegations of racism in the department under his leadership. The task force is made up of residents and public officials and will be reviewing the department’s operations, including hiring, training and its use of force policies.

It is set to submit a series of recommendations to County Executive Angela Alsobrooks by no later than Oct. 30.

The Prince George’s Police Department already bans strangleholds and chokeholds, and it requires officers to implement de-escalation practices and exhaust all other means of resolving a situation before firing their weapons.

District 1 Councilman Fazlul Kabir agreed the council should postpone sending the letter, but he recommended council members schedule a time to revisit the letter in the future, rather than postpone it indefinitely. Kabir suggested discussing the letter again before the task force is set to submit its report, so that council members can provide their input.

District 2 Councilman P.J. Brennan also agreed to postpone sending the letter and exploring its contents more. Brennan said the current state of the letter wasn’t “controversial,” as it simply requested the police chief to internally explore the issue.

“I think what would probably be more controversial is the recommendation that might come from the task force,” Brennan said.

Rigg described the topic of no-knock warrants as “tough” for him. These situations are often very volatile and “last-ditch efforts” to execute a search warrant, he said. But, he argued, there is a lot of gray area on the issue and expressed hope that more public dialogue would occur in the future.

“I’m not feeling very comfortable about it right now. I could become more comfortable with more exposure to the issue, so I support the tabling,” Rigg said.