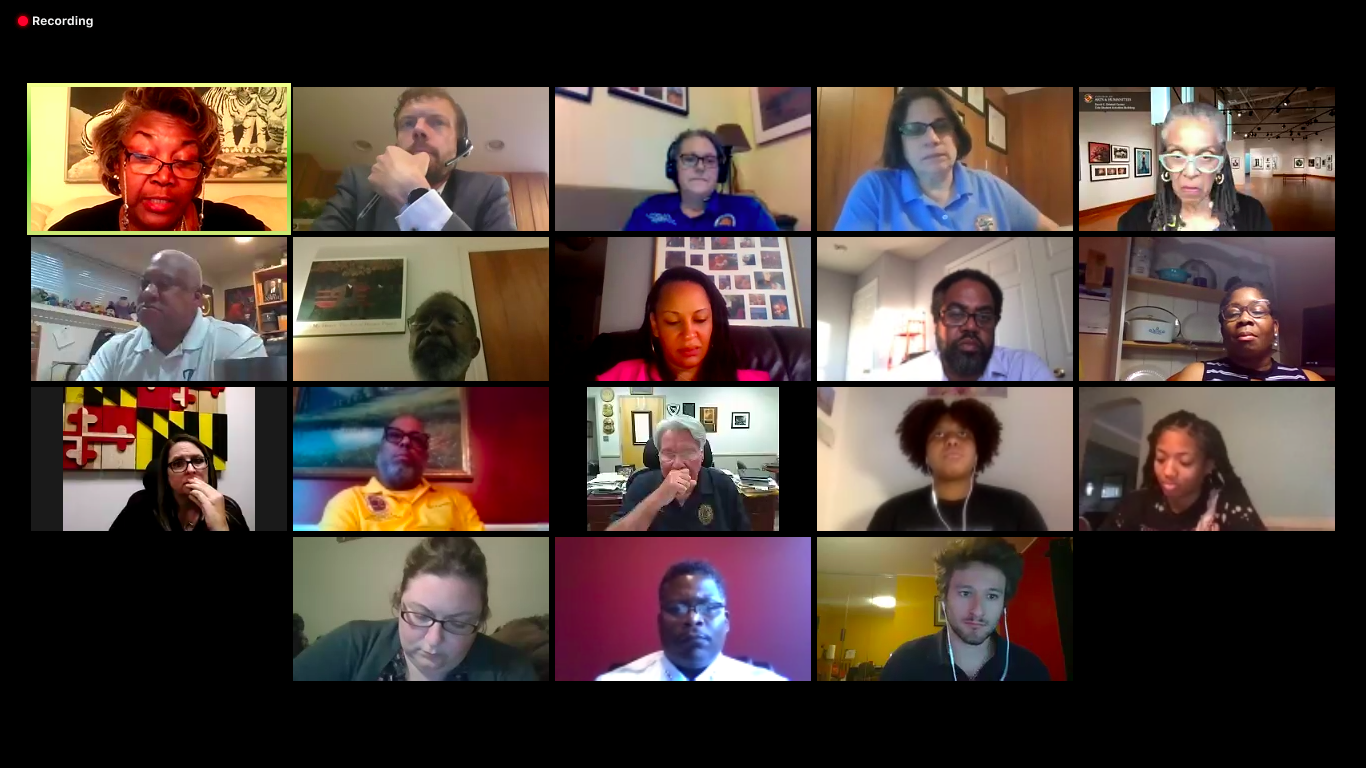 The city of College Park held a virtual town hall Tuesday night to continue discussion on policing and systemic racism in the community.

The discussion followed a June 15 town hall that delved into the relations between the police and the city. Bonnie Thornton Dill, dean of the University of Maryland’s arts and humanities school, moderated the panel, which included another professor at this university, police officers and elected officials.

Floyd’s death, along with many other police-related deaths, has left the public without much confidence in the police’s ability to protect them, Mitchell said.

Nichols emphasized the importance of being honest about issues with policing in order to build better community-police relations. Even with about 18,000 different policing agencies nationwide — which operate in various ways depending on the area’s needs — all need to work for their community, Nichols said.

Mitchell said there was a need for funding in mental health, considering that most of the incidents they are called for are nonviolent and some have to do with mental health.

However, Joseph Richardson, an African American Studies and anthropology professor at this university who researches gun violence and trauma among Black men and boys, questioned the $11 million University Police budget. He argued funds could be better used toward other resources, such as the Maryland Violence Intervention and Protection Program.

Rachelle Wakefield, a rising junior public health science and public policy major, and Taylor Green, a rising senior family science major who works in the university’s diversity and inclusion office, also questioned the police’s role. Both students pressed for funding in other areas that they felt were lacking to keep them safe and promote their mental well-being.

Green and Wakefield mentioned the lack of lights on the campus at night and said many blue lights — lamps on the campus designed to connect passersby with emergency responders — aren’t functioning. Wakefield said she had to walk a mile in the dark to where her car was parked and felt very unsafe given the lack of light and nonfunctioning blue lights. She said she reached out to the administration regarding her concerns, but still feels unsafe.

“We have these issues, but I don’t know if we can trust you at the end of the day,” Wakefield said.

The students also advocated for more funding for the University Health Center and the Counseling Center and pushed the institutions to hire more people of color who can understand them.

And both said that being Black provides extra challenges on top of their leadership responsibilities and academics. For instance, Green said she has to worry about whether the police may stop her because of her clothing when leaving McKeldin Library at night.

The students also mentioned the murder of Richard Collins that looms over them as a constant reminder of the racial injustices on campus. Green passionately expressed her frustration with University Police and how they’ve dealt with Black students.

“Chief Mitchell did mention about the police losing legitimacy and I feel as though, already, as a Black student, you have lost your legitimacy,” Green said.