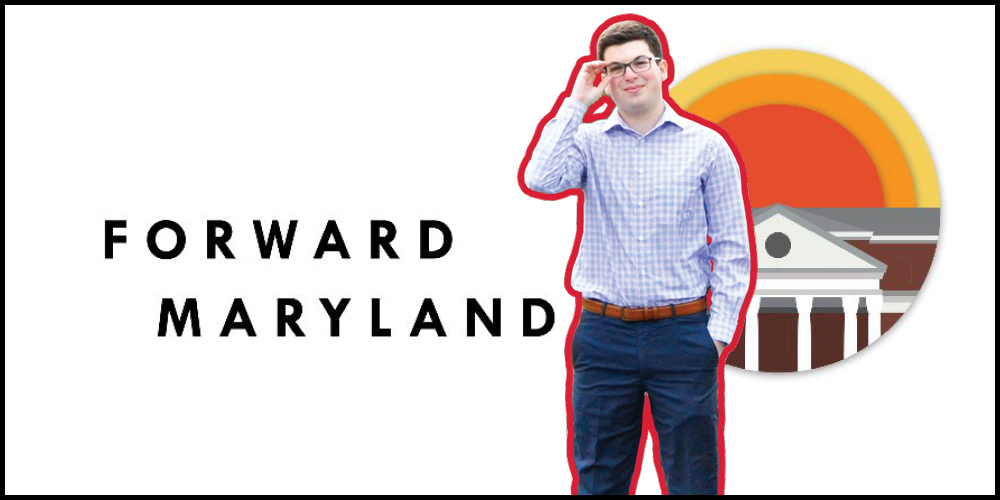 Dan Alpert will be the University of Maryland’s next SGA president, the student governing body announced Sunday.

Alpert, the College Park City Council’s current student liaison, ran on the Forward Maryland ticket with 41 other students. Pitching a platform they identified as “student-centered, action-oriented, data-driven and empathy-led,” Alpert and his running mates said they stayed in touch with the student body throughout the campaign, aiming to work with them rather than for them.

“We always made it very clear that we didn’t just have ideals,” Alpert said. “We had a plan and direction. And so I’m excited to implement those plans into action, to make the change the SGA needs.”

Elections ran from Wednesday until Friday. Of the 4,384 votes cast for president, including abstentions, 57 percent were for Alpert. Kelly Sherman, ImpactUMD’s presidential candidate, took 36 percent of the vote.

Compared with last year’s elections, 95 more votes were cast for presidential candidates affiliated with a party.

Sherman said she was proud of the work the candidates put into the campaign.

“The results are not all what we hoped for,” Sherman said “[But] I’m so glad to have the opportunity to work with everyone on this campaign and just get to know so many amazing student leaders and different ideas that they might have.”

Sherman said she reached out to Alpert, and they scheduled a call for later this week to talk about how some of ImpactUMD’s ideas could be incorporated in the body next year.

Kane Zambelli, who was elected to serve as chief financial officer, said he’s hoping to involve ImpactUMD candidates who weren’t elected in next year’s SGA.

The body’s election commission temporarily delayed the release of the results Saturday, citing the need to investigate multiple appeals it had received that morning. At least one of these appeals was related to the final financial reports that had been released earlier that day, the commission said.

In the final campaign violation tally released Sunday afternoon, Forward Maryland finished 25 points away from disqualification. The party received 50 points in rule violations for an omission made from its financial report and 25 points for campaign posts that lacked election dates, according to the tally.

This year marks the first time that candidates had to campaign solely online. After the coronavirus pandemic drove the university to go online last month, members of the opposing parties debated over Zoom and campaigned largely on social media.

Despite sharing similar stances on many issues — including the importance of expanding mental health services during the pandemic — the two parties clashed during Monday’s debate on differences in their plans for promoting sustainability on campus. The opposing candidates for chief financial officer also exchanged barbs on the advantages attached to their varying backgrounds.

Some of the most heated exchanges of the night, though, revolved around the impeachment investigation into David Rekhtman, the body’s current speaker of the legislature and vice presidential candidate for ImpactUMD. Rekhtman at one point described the investigation as a “smear campaign” by Forward Maryland — an accusation Alpert denied, calling it “horribly disgusting.”

At the second-to-last SGA meeting, though, the Committee on Ethics and Accountability decided they would not proceed with the impeachment.

Among other actions promised in its platform, Forward Maryland plans to add an undocumented student liaison and a liaison for first generation and low-income students to the SGA, as well as create an intercultural council and a data committee.

Additionally, it aims to boost the amount of funding devoted to mental health resources on campus, attain paid sick leave for student workers and lobby lawmakers to simplify the FAFSA process.

Nabila Prasetiawan, who was elected vice president, said the party will continue to reach students through its town halls.

“Coalition building is important, whether we are online, or if we’re in person,” the sophomore philosophy, politics and economics major said. “It’s really important that we’re uniting the campus and making sure everyone feels safe and welcome.”

Zambelli said that, moving forward, he wants to make sure that all organizations receive the funding that they need. He’s also looking forward to seeing what Alpert will do — when the president-elect promises action, Zambelli said he takes it.

“I don’t like politician types generally, but Dan is the one exception to the rule,” the freshman finance and communication major said. “Dan actually really means doing things, as opposed to talking about doing things.”

Alpert said he’s already planning for the future — the party’s next task will be to figure out how to fulfill its promises even if the university continues online next semester.

“We’ll continue to move forward. It’s what we are all about,” Alpert said. “It’s not a sunset, it’s a sunrise, and we’re going to keep moving forward.”

CORRECTION: Due to a reporting error, a previous version of this story incorrectly stated that legislators decided not to proceed with the impeachment. The SGA’s Committee on Ethics and Accountability made this decision. This story has been updated.