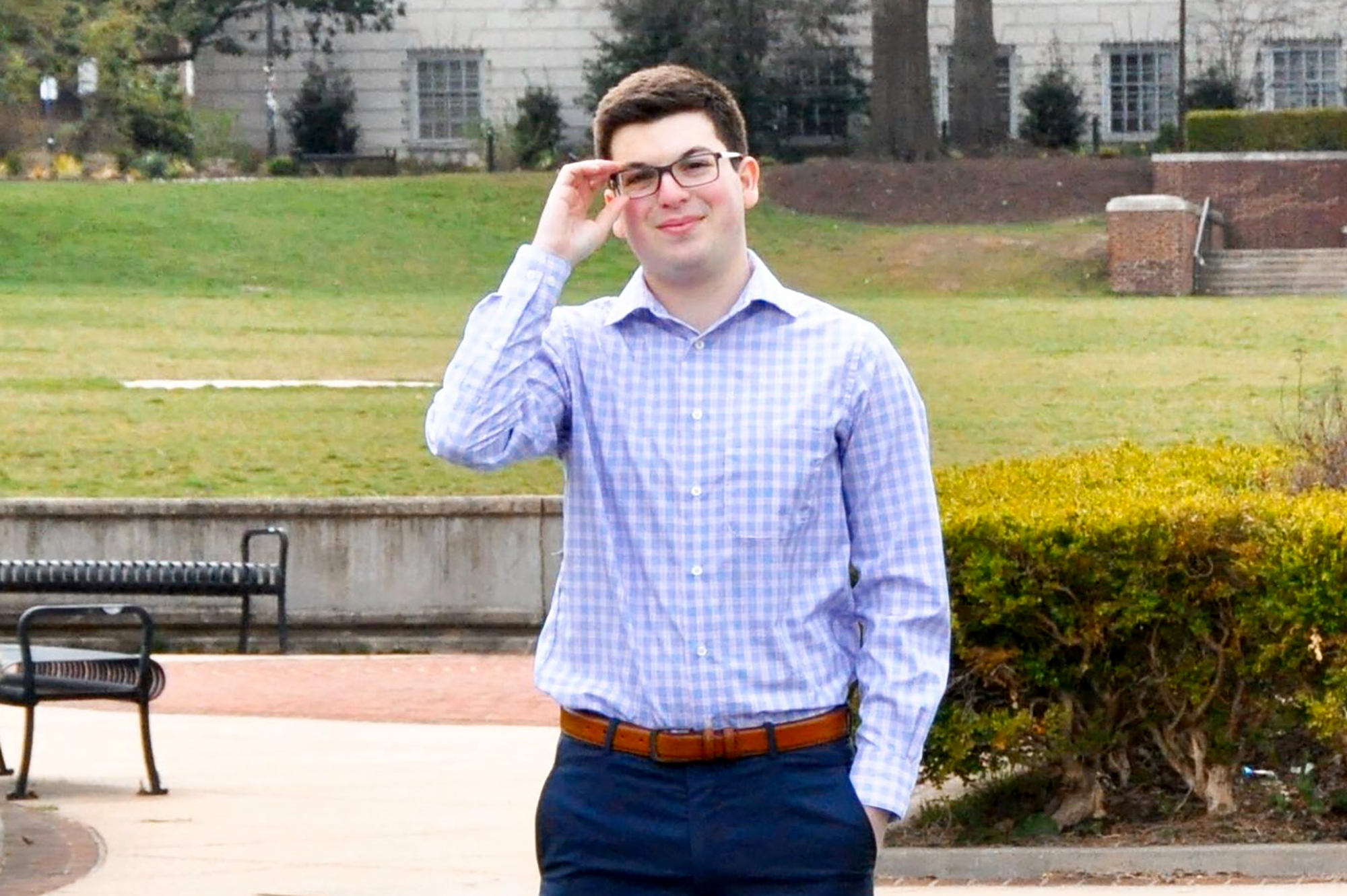 Junior marketing‌ ‌major‌ Dan Alpert is running to be the University of Maryland's Student Government Association's next student body president on the Forward Maryland tickets. (Photo courtesy of Dan Alpert)

Dan Alpert is a busy man.

Throughout his college career, the University of Maryland junior marketing major has held numerous leadership positions in various organizations — from Student Fee Coordinator for the Student Government Association to vice president for the Interfraternity Council. Most recently, you could catch him representing the university’s more than 30,000 undergraduates as the student liaison to the College Park City Council.

And now, he’s running to represent them as SGA president.

“I love SGA. If not, I wouldn’t be running for president,” Alpert said.

Along with 41 other students — together representing 150 student organizations — Alpert is campaigning on the Forward Maryland ticket. Their platform is based on four core values: being student-centered, action-oriented, data-driven and empathy-led.

So far, Alpert said, Forward Maryland has focused on working with the student body — not just for it. He said he and his running mates believe the best way to get things done is to reach out to students rather than waiting for students to come to them.

For instance, he highlighted the work of Kane Zambelli, who is running for chief financial officer on the Forward Maryland ticket. Zambelli has so far reached out to the treasurers of 11 clubs and finance committees — not to ask for their endorsement, but to hear any concerns they have. But because of Zambelli’s actions, Forward Maryland has gained endorsements from some student groups who have never taken a side in an SGA election before, Alpert said.

With the support of Zambelli and Forward Maryland’s vice presidential candidate, Nabila Prasetiawan, Alpert has also reached out to student groups from the Black Engineers Society and the Beekeeping Club to share what the student governing body can offer them.

“We want to set our intention straight,” Prasetiawan said. “This is what we want to give to you.”

During his freshman year, he got involved with the Resident Hall Association as hall president for Centreville Hall. From there, he became a resident assistant — a position he has held for two years. Currently, he’s an RA at Worcester Hall.

As student liaison for the College Park City Council, Alpert said he did his best to make student voices heard — including when an ordinance was introduced to restrict social gatherings in College Park.

Even though the ordinance was passed by the city in the end, city mayor Patrick Wojahn said Alpert managed to get some words in.

“He worked with us on some changes to the ordinance that made it … more acceptable to the student body,” Wojahn said. “He really engaged with us on it in making some good suggestions that we incorporated into the final words.”

Through it all, Alpert has prioritized the needs of others over his own personal interests, said Max Alpert — Dan’s brother. Dan is motivated by helping others, and that’s how he has always been, said Max, a senior communication major.

From becoming chapter and regional president of their Jewish youth group to just getting the dishes done at night, Max says his brother’s drive is “something I’ve never seen before.”

“He doesn’t go to sleep until what he wants to be done is done,” Max said.

But that shouldn’t discount Dan’s “fun” side, Max said. Although Dan can appear “way too serious” sometimes, Max said, he cares about making the work he does enjoyable for everyone involved.

Josh Lang, a senior criminology and criminal justice major at the university and Alpert’s friend since preschool, agreed with Max about Dan’s work ethic. As president of the Help Center — a peer counseling and crisis intervention hotline at the university — Lang says he and Alpert have talked extensively about how to make mental health resources more accessible to students.

The two of them worked alongside each other in high school too, as leaders in a Jewish youth organization. Lang remembers the ferocious work ethic Alpert displayed, which was paired with a light-hearted sense of humor that made even the most stressful environments bearable.

When they went back to visit the organization after graduating, Lang said the impact his friend had made on the younger students was all too clear — something that made him reflect upon their time in preschool together, when they were known as Batman and Robin.

“I knew this funny kid that used to dress up as Robin — we would jump off the bed, pretending we were superheroes — and now here I am, watching him and all these young kids are looking up to him,” Lang said. “He just carried the room.”