Looking back at Kaila Charles’ memorable career at Maryland 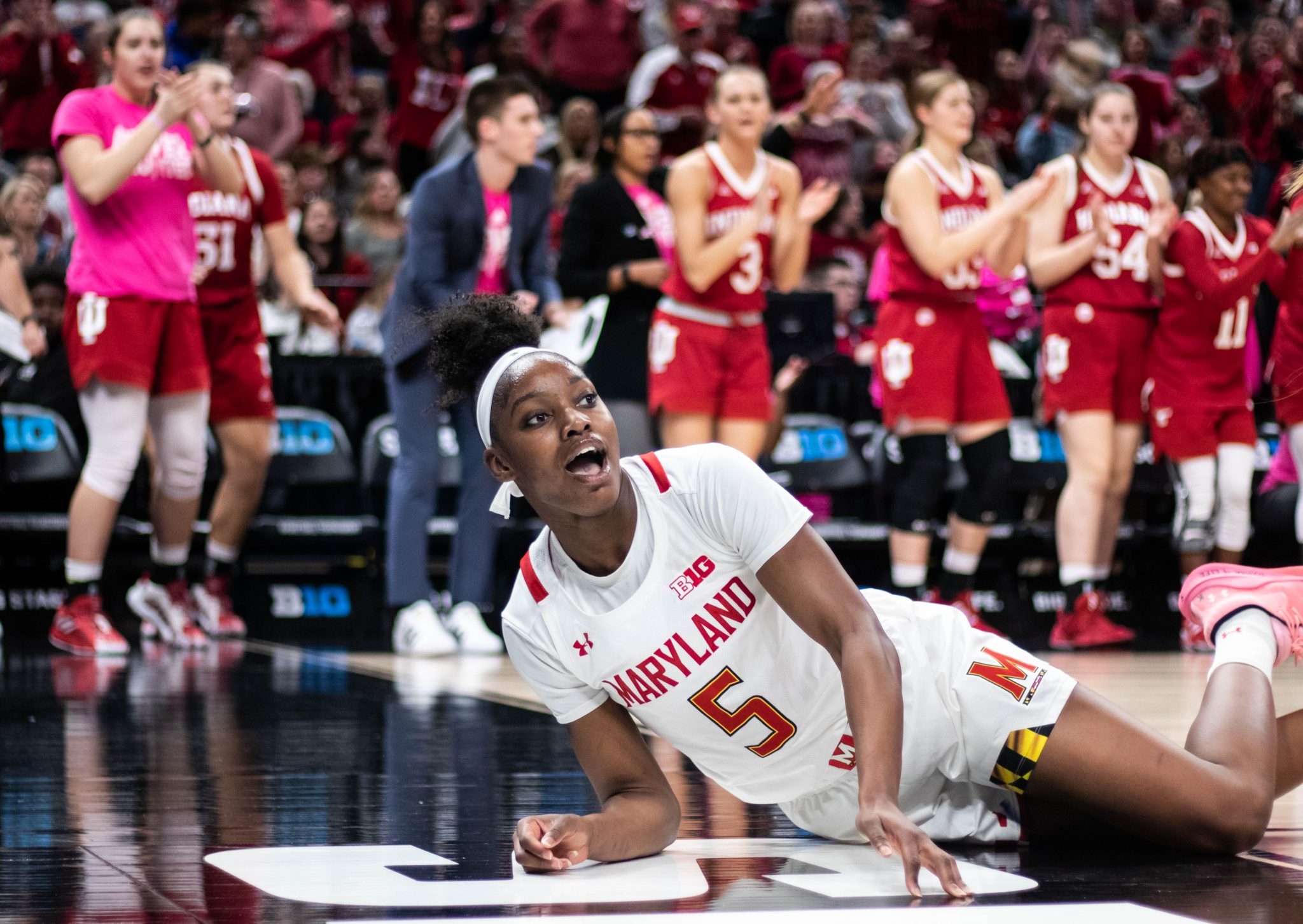 Maryland Women’s Basketball star Kaila Charles was selected 23rd in the 2020 WNBA Draft by the Connecticut Sun on Friday night.

With her time playing for Maryland officially behind her, it only felt right to take a look back at her college career. Charles was a key piece of a team that was a perennial Big Ten title contender during her four years in College Park. Throughout a career that saw her finish 6th all-time in scoring at Maryland, she had many highlight moments.

Perhaps the biggest highlight of Charles’ college career came during her junior season when Maryland faced off against Minnesota in a Big Ten matchup. Heading into the fourth quarter, the No. 8 Terps trailed the unranked Golden Gophers by nine points in what was starting to look like an upset. The Terps rallied and Charles came up big late, recording a steal and a layup, in the closing seconds to secure the victory. She scored a game-high 31 points and six of the Terps final nine to knock off the Gophers.

Down seven with a minute left ➡️ @__KC5 buzzer beater

Despite the Terps losing in the Big Ten tournament championship to Iowa later in the season, Charles’ performance in the game is one to remember. She turned in a career-high 36 points against the Hawkeyes while shooting 50 percent from the field.

Her previous career-high had come in her sophomore season when a 32 point outburst helped the Terps trounce No. 12 Ohio State 99-69.

Charles continued her success during the 2019-2020 season, leading the team in both points and rebounds. She came up big in ranked matchups against Michigan, Indiana, and Iowa, scoring at least 20 points and adding at least nine rebounds in each victory. Down the stretch when the Terps needed someone to make a play, more often than not that burden fell on Charles’ shoulders.

Her season-high came in the Terps’ first game of the new decade, as her 28 point outing helped Maryland take down Ohio State. It was a much-needed win, as Maryland had dropped its most recent tilt against Northwestern. Maryland lost its next game of the season against Iowa, but then rattled off 17 consecutive victories to end the season.

Moments like that just seemed routine for Charles, who led Maryland all the way to the top of the Big Ten during her senior year, as they won both a share of the regular-season conference title and the Big Ten tournament title.

Charles will begin her WNBA career with some friendly faces alongside her, as fellow former Terps Brionna Jones and Alyssa Thomas also play for the Sun. As the standard of consistency for four years for Maryland, Charles will hope to continue her success at the next level.