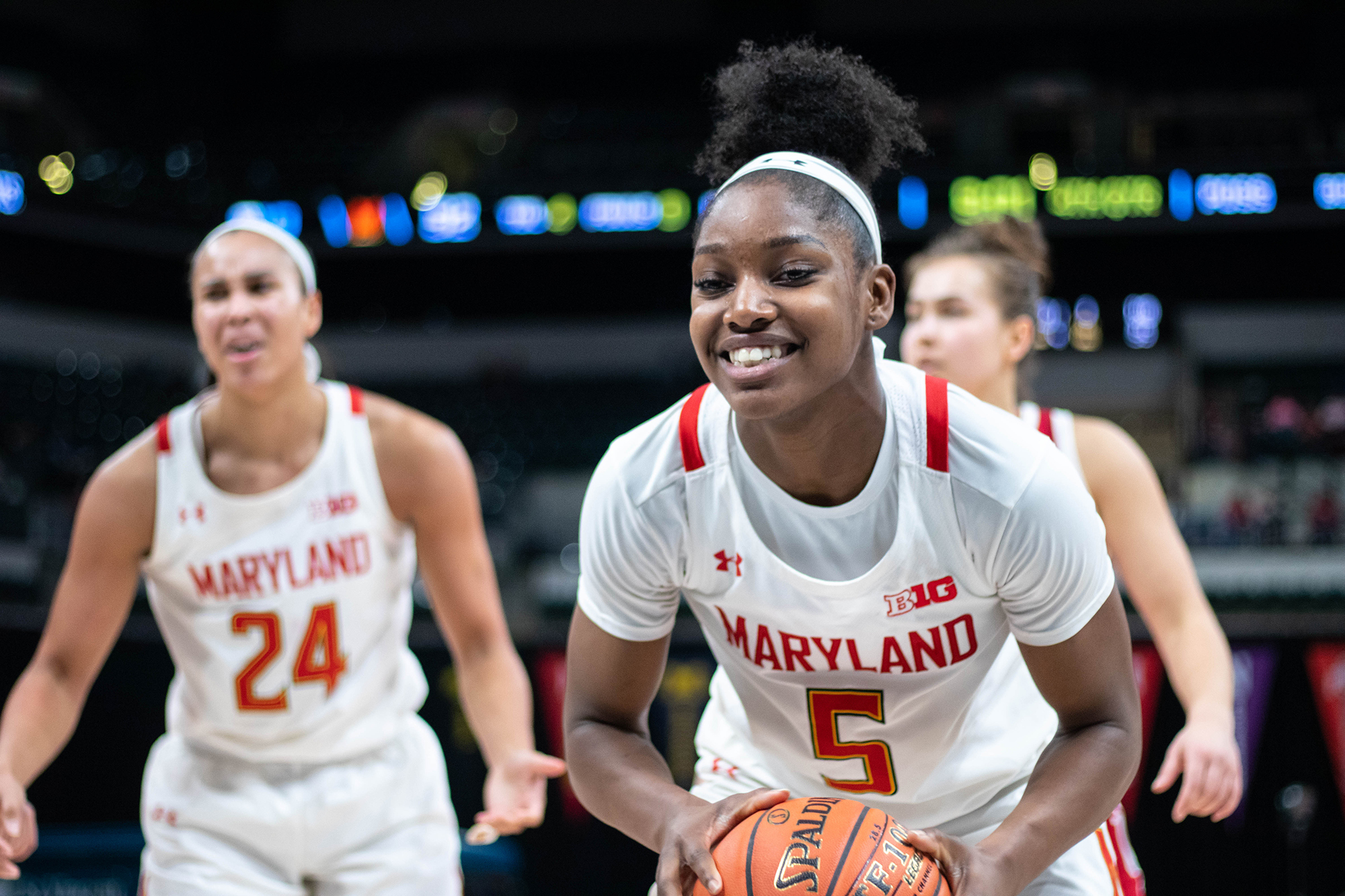 Senior guard Kaila Charles is heading to the Connecticut Sun after being selected 23rd overall in the second round of the 2020 WNBA draft on Friday.

A five-star prospect and the No. 22 overall player in the class of 2016, Charles became one of the most accomplished players to come through Maryland’s storied program. Despite having her final NCAA tournament canceled due to the COVID-19 pandemic, she ended her Maryland career as a three-time All-Big Ten First Team selection, tied with Alyssa Thomas for the most starts in school history with 135 while placing in the top-10 for career points and rebounds.

Maryland enjoyed consistent success throughout Charles’ four seasons. She helped the Terps become Big Ten regular season champions three times, conference tournament champions twice and reach the Sweet Sixteen in the NCAA tournament in her freshman year. Charles finishes her collegiate career with a 115-20 record, going 58-10 in conference play over her four-year career — one of the best stretches in program history.

Charles set several single-season records as well. Her 17.9 points per game and 275 rebounds as a sophomore ranks first and fourth all-time for a second-year player. She also led Maryland in scoring each of her last three seasons — and grabbed the team’s most rebounds twice.

At 6-foot-1, Charles is a strong rebounder for her size. She averaged just under seven rebounds for her college career and grabbed only eight fewer offensive rebounds than defensive ones as a senior, an elite margin for a shooting guard/small forward who played alongside 6-foot-5 forward Shakira Austin.

Despite her high motor, athleticism and leadership, Charles failed to show a reliable three-point stroke during her time in College Park. She went just 10-for-45 from behind the arc as a Terp — although she did display a serviceable midrange jump shot. Her free throw shooting also dropped by 11 percent from her junior to senior season.

While remaining quarantined in her Glenn Dale, Maryland, home, Charles said she’s continued to train at a nearby basketball court with her brother in preparation for her first season at the next level.

Charles joins former teammate Brionna Jones and Thomas on the Sun. Jones and Charles played together in the 2016-2017 season when the Terps went 32-3 and won the Big Ten’s regular season and tournament titles.

Fellow seniors Stephanie Jones and Blair Watson were not selected in the draft despite drawing some interest throughout their final season.