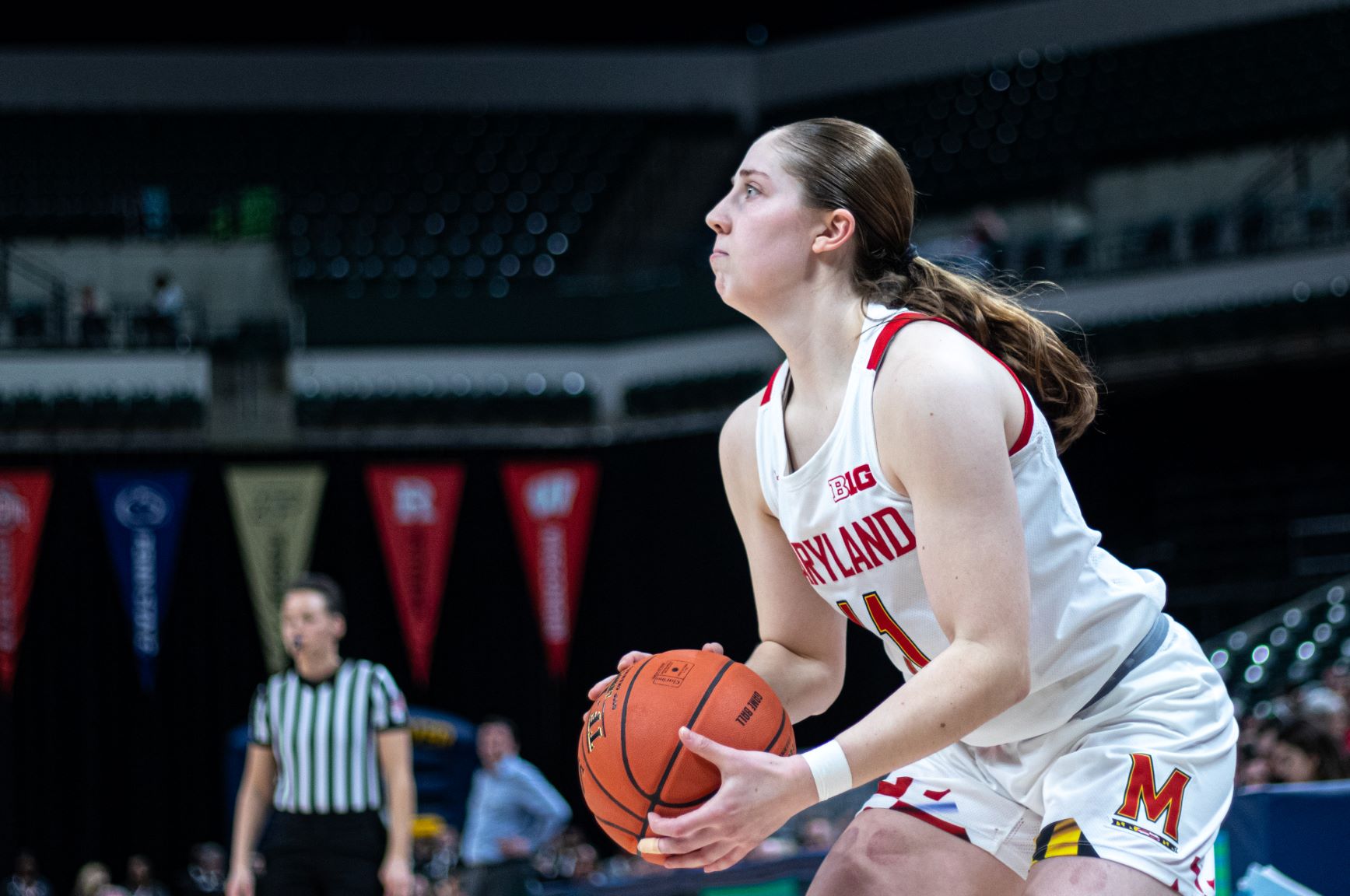 Guard Taylor Mikesell lines up for a shot during Maryland women's basketball's 82-65 victory over Ohio State in Bankers Life Fieldhouse in Indianapolis, IN. on March 8, 2020.

Maryland women’s basketball guard Taylor Mikesell is entering the transfer portal, the sophomore announced via her Instagram on Thursday.

“First of all, I would like to say thank you to the University of Maryland for allowing me to fulfill my dream of playing D1 basketball,” Mikesell wrote in her post. “But, after much thought, prayer, and consideration, I feel it is in my best interest to enter the transfer portal and explore my options at this time.”

Mikesell started all 66 games of her Maryland career and was the team’s most prolific 3-point shooter during that span. She set the program single-season record for triples made with 95 as a freshman and had a chance to break it in her second season before the NCAA tournament was canceled due to the COVID-19 pandemic.

Although Mikesell is a natural shooting guard, season-ending injuries to point guards Channise Lewis and Zoe Young forced her to initiate the offense more. Even though Big Ten Freshman of the Year Ashley Owusu displayed point guard abilities beyond her years, coach Brenda Frese utilized her mostly off the bench.

Mikesell’s scoring fell 2.2 points per game from her freshman season as a result. Her minutes, field goal percentage, rebound and assist numbers also all dropped, but she did tally 18 more steals and 27 less turnovers.

“We really appreciate Taylor’s hard work in her two years,” Frese said in a statement. “Taylor contributed to a lot of wins here at Maryland and she was part of two Big Ten championships. We wish her nothing but success as her journey continues.”

Mikesell earned several individual awards and honors as a Terp. She was the Big Ten Freshman of the Year and voted an All-Big Ten First Team member by the media in 2019, but she only earned an All-Big Ten Honorable Mention as a sophomore.

She joins forwards Shakira Austin — who announced her commitment to Ole Miss via Twitter on Wednesday — and Olivia Owens as players that have entered the portal since the end of the season.

The Terps will welcome Angel Reese, — the No. 2 overall recruit in the class of 2020 — former Harvard guard Katie Benzan and former Mississippi State junior forward Chloe Bibby to next season’s roster.

“I would like to say thank you to my coaches, professors, and TerpNation for supporting me every step of the way. Most of all I want to say thank you to my teammates for becoming my sisters for life,” Mikesell continued in her post. “I love each and everyone of you and I’m so thankful for everything you’ve done over the past 2 years.”