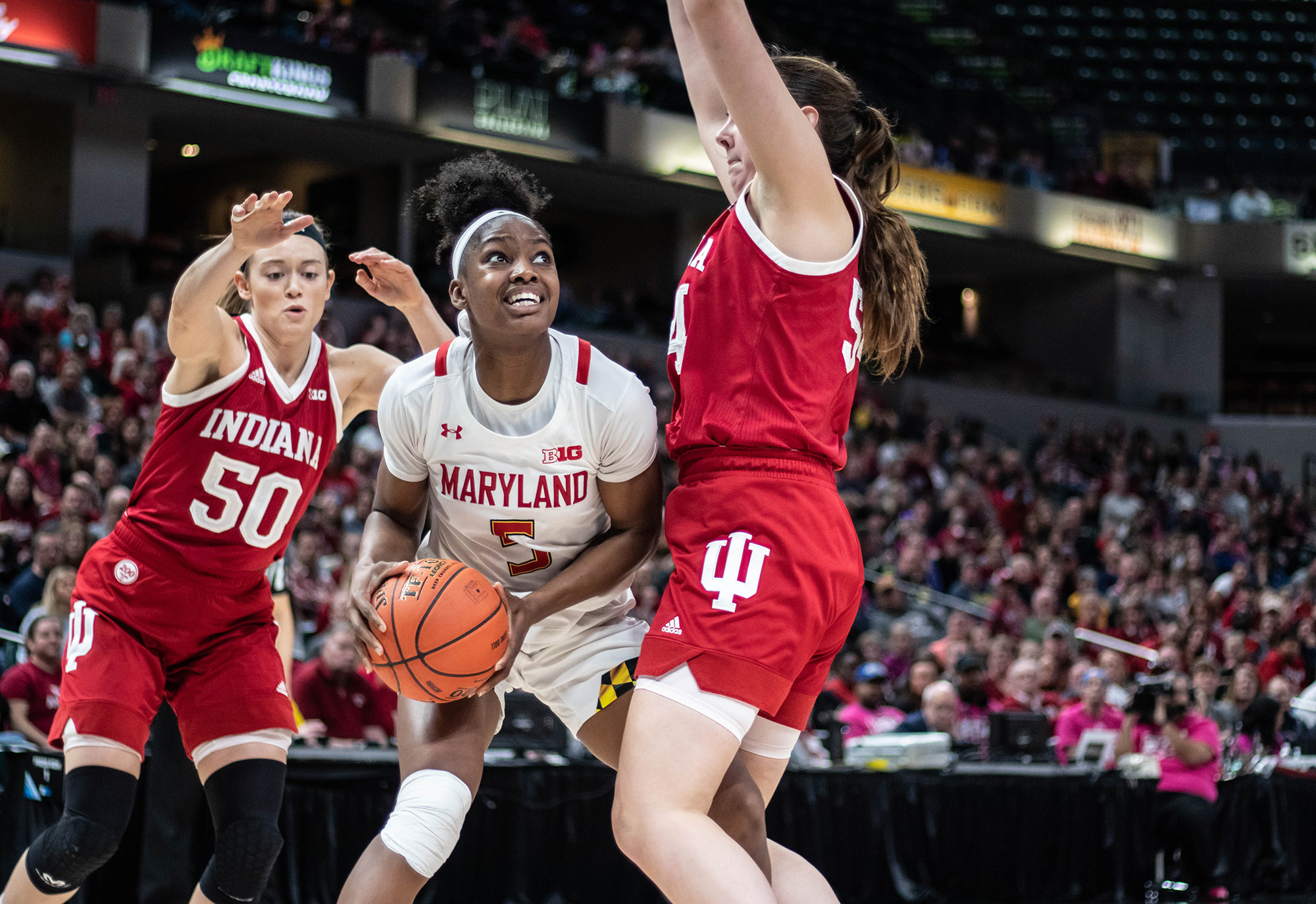 Later tonight, Maryland guard Kaila Charles will likely hear her name called by WNBA commissioner Cathy Engelbert during the league’s draft. While most mock drafts do not have Charles going in the first round, the general consensus is that she will be selected in the second round.

The good news about Charles going to the Liberty: They were one of the worst teams in the WNBA last season, meaning she has a good chance of getting a lot of playing time early. The bad news: She’ll have to battle for playing time with Sabrina Ionescu, who New York will most likely take with the first pick in the draft.

The Liberty could still be a good landing spot for Charles, even with Ionescu in the fold. New York had just two players average double figures in scoring last year, and it just traded one of them in Tina Charles. Kaila Charles’ ability to score was on full display while she was at Maryland, notching 1,984 career points for the Terps.

Out of the seven guards listed on the Lynx’s official roster, only one of them averaged double-digit points last season. This would spell good news for Charles, as her scoring could see an immediate impact for Minnesota.

The writers for BBall Index were wary of Charles’ lack of a three-point shot but still believe she would be the best player available for the Lynx at this spot.

The Athletic: Round 2, Pick 18, Phoenix Mercury

The Mercury currently have two of the best guards in the WNBA in Skylar Diggins-Smith and Diana Taurasi. However, Phoenix’s backup guards have not been too impressive in their careers. Charles could slot in as one of the team’s reserve guards while learning from two of the best players in the league. Plus, Charles could be a long-term fit for the Mercury given Taurasi’s age and injury problems last season.

Charles staying home in the DMV to start her professional career with the reigning champions would be a great sight to see, especially because the Mystics are in need for more guard depth after former Terp Kristi Toliver signed with Los Angeles in free agency.

Washington still has a talented bunch of guards on its roster, but Charles could supply good depth minutes, particularly early in the season as coach Mike Thibault figures out the rotation.

Newsday only mocked the first round of the draft but did have Charles as a name to watch in the second round.