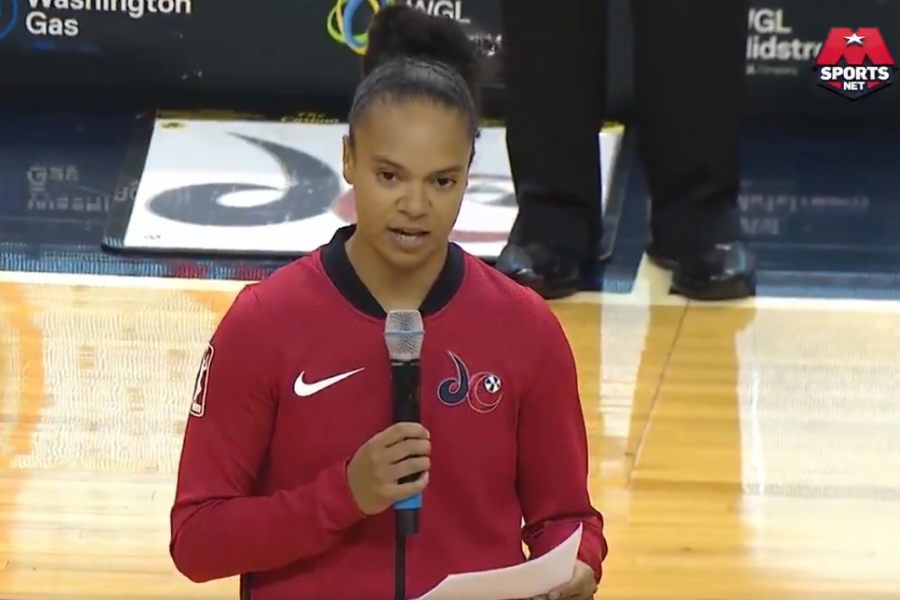 After spending three seasons with the Washington Mystics, former Maryland guard Kristi Toliver is headed back to Los Angeles.

On the first day of WNBA free agency, Toliver agreed to a deal with the Los Angeles Sparks, a team she previously spent seven seasons with.

Toliver leaves the Mystics as a WNBA champion, helping lead Washington to its first championship. She shined in the playoffs, averaging just over 14 points per game, 5.2 assists per game and 1.7 rebounds per game. In the winner-take-all game five of the WNBA finals, Toliver stepped up, scoring 18 points while also chipping in four assists and four rebounds.

Toliver was a WNBA All-Star two out of the three years she spent with the Mystics, earning the honors in 2018 and 2019. Her only other all-star appearance was in 2013 with the Sparks.

Toliver was a starter for six of her seven seasons with the Sparks and received All-WNBA accolades in 2013. She also won her first WNBA title with Los Angeles in 2016.