No. 9 Maryland basketball v. No. 20 Illinois: How to watch and what to watch for 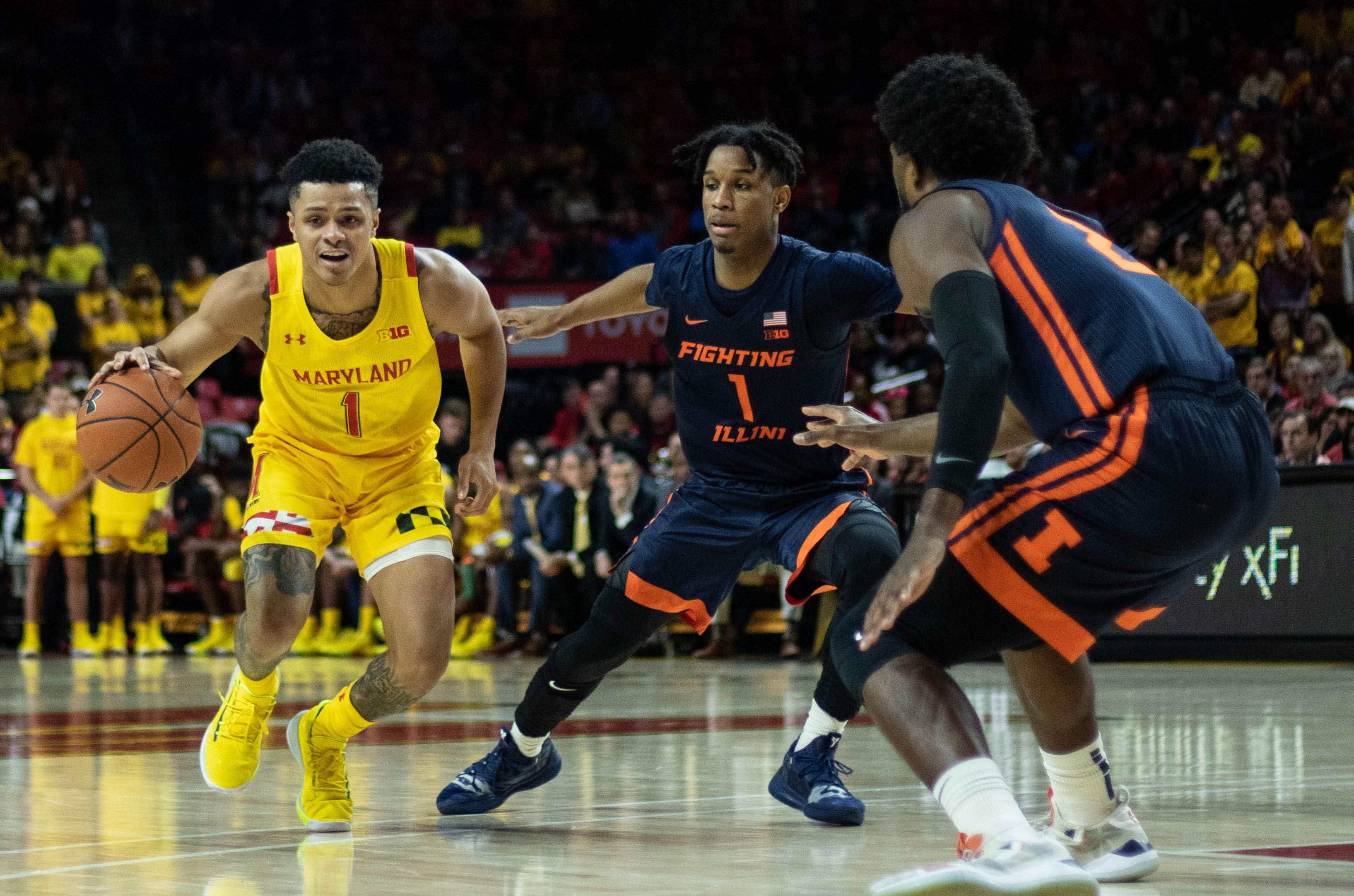 What to watch for Maryland: Road struggles

Road wins have been hard to come by for the Terps, who are 2-4 away from Xfinity Center this season. Maryland is a perfect 13-0 at home, but is carrying a two-game road winning streak going into tonight’s matchup in Champaign. But for a team averaging 71.5 points per game this season, Maryland has averaged 62.3 points per game in true road games. In four of those games, the Terps shot under 36% from the field. This is concerning going up against the Fighting Illini, which is tied with Maryland atop the Big Ten standings. This is arguably the biggest game of the conference season thus far.

What to watch for Illinois: Kofi Cockburn vs. Jalen Smith

Cockburn is Illinois’ second-best scorer, averaging 14 points per game this season. He’s also their big man down low, the enforcer who has been among the best centers in the conference. He had just eight points in Illinois’ one-point loss in College Park in December. Jalen Smith had 14 points in that game and is on his way to a potential All-American season, but he faces another tough task with Cockburn — someone who is bigger in size and very physical — down low. Expect a good battle in the paint tonight.