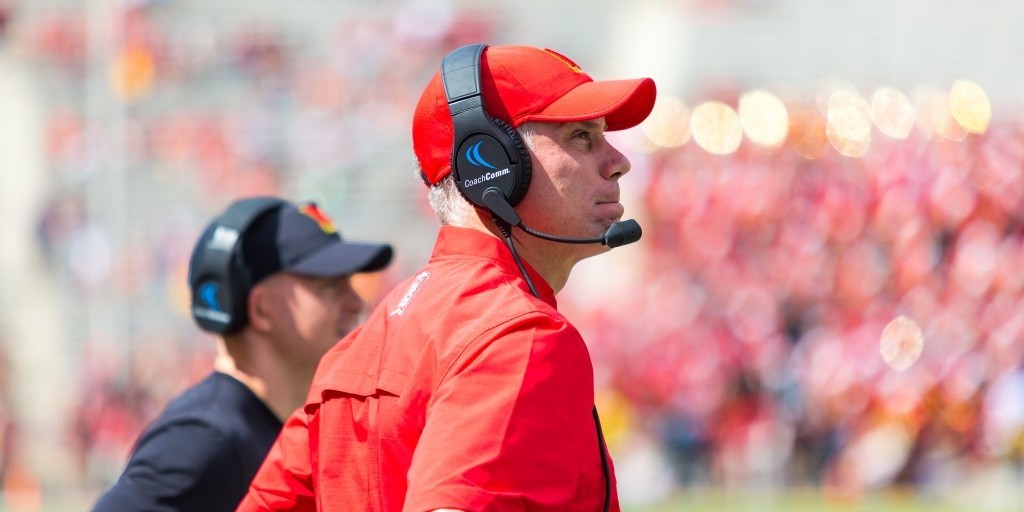 Former Maryland football coach DJ Durkin — who was fired in 2018 after a lengthy period on administrative leave following the death of offensive lineman Jordan McNair — is joining Ole Miss as an assistant coach, the program announced Thursday.

The Rebels hired Lane Kiffin as their head coach in December, and he’s adding Durkin to his staff for the former coach’s first full-time coaching position since Maryland dismissed him.

[Read more: Maryland fires coach DJ Durkin, one day after Board of Regents recommended he stay]

Athletic director Keith Carter said in a statement that the program conducted a thorough background check as part of the standard hiring process for all new coaches, talking with “several highly respected college football coaches, administrators and school officials about their experiences working with him.”

“We received consistently strong feedback about Coach Durkin’s strong character and work ethic and his positive impact on the communities and institutions where he was previously employed,” Carter’s statement read. “Once we had the chance to spend time with Coach Durkin, we were even more convinced that he is exactly the type of accomplished coach with strong football credentials who is also a proud and committed family man that will make him a great addition to our new staff.”

Most recently, Durkin served as a consultant for the Atlanta Falcons. Before that, Durkin headed to Alabama in December 2018 to work with the Crimson Tide “from a professional development standpoint,” coach Nick Saban said in a statement at the time.

Maryland placed Durkin on administrative leave in August 2018, about two months after McNair’s death, when reports surfaced of an alleged “toxic culture.” That sparked the second of two investigations into the program — one looking into the details of the May 29 workout when McNair suffered heatstroke, and another into the program’s culture.

On Oct. 30, 2018, the University System of Maryland Board of Regents recommended university President Wallace Loh to reinstate Durkin, impressed by the coach’s apparent passion and care for his players. Former Regents Chair James Brady said Durkin was unfairly blamed for wider dysfunction in the Terps’ athletic department.

After vocal backlash toward the decision from politicians, students and athletes, Loh reversed course one day later and fired Durkin.

Before Durkin became Maryland’s second head coach since joining the Big Ten, he worked as a defensive coordinator at Michigan and Florida. Durkin played football at Bowling Green, then returned as a coach. He also worked three seasons at Stanford.

With the Terps, Durkin managed a 10-15 overall record in two seasons, leading his team to a Quick Lane Bowl loss in 2016. Since Durkin was fired “without cause,” the university owed him 65 percent of his remaining base salary and supplemental income. Securing a full-time job with Ole Miss does not affect his buyout, a team spokesperson confirmed.