After two costly drops vs. Minnesota, Dontay Demus has refocused for Maryland football 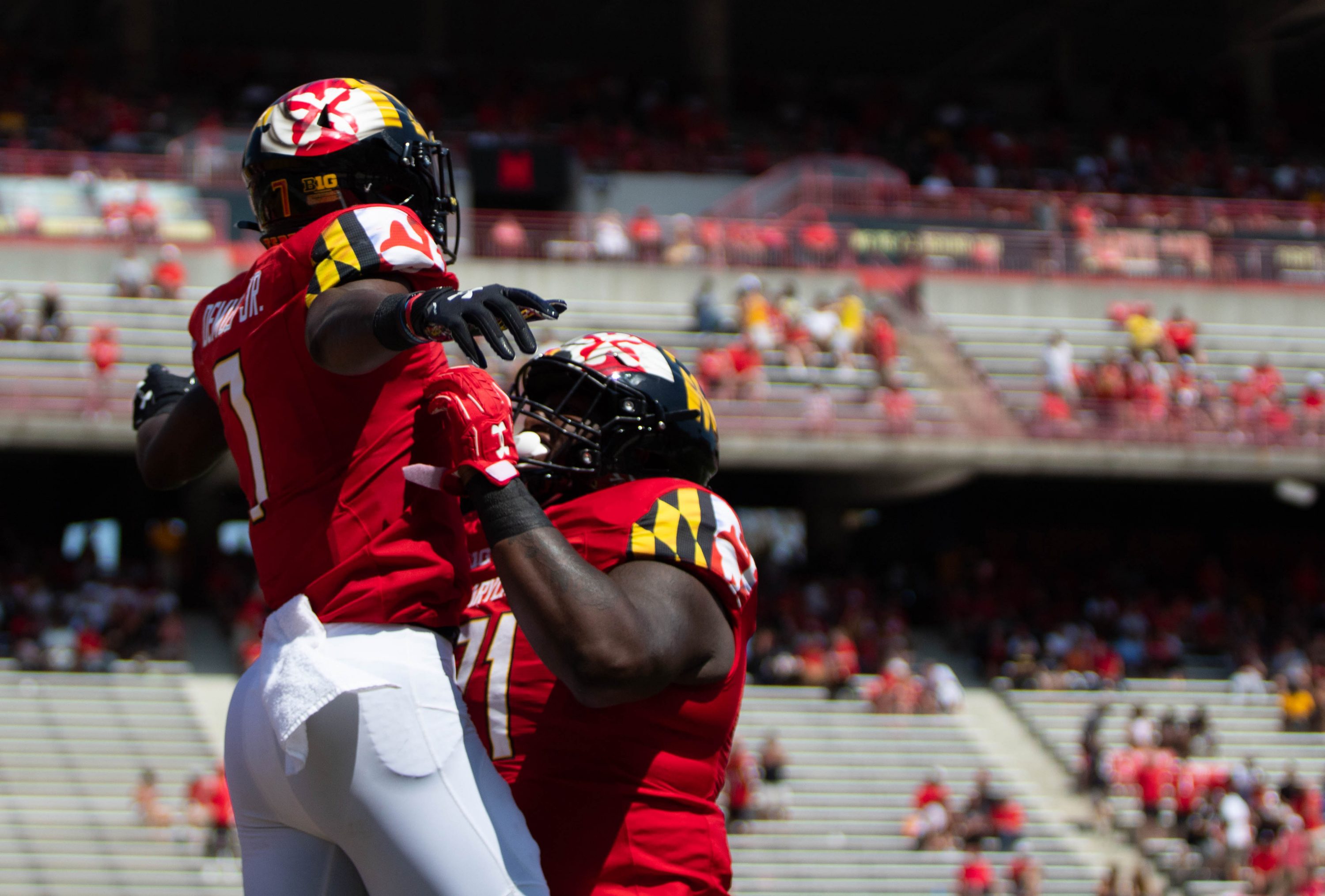 Shortly after the second ball tipped off his hands and turned into Minnesota’s second interception Oct. 26, Maryland football wide receiver Dontay Demus sat on the bench, covering his face. Next to him, running back Anthony McFarland ruffled his teammates’ hair before patting him on the shoulder.

And later, quarterback Tyrrell Pigrome approached Demus, urging the wideout to keep his head up.

“I’m always coming back to you,” Pigrome said. “You can drop three of them in a row. You’re open, you’re going to get the ball.”

Demus has gotten the ball plenty this year, leading the Terps with 32 receptions. With four touchdowns and 491 receiving yards, he’s been an integral part of Maryland’s passing game, which appeared inexperienced during spring camp and thinned even further once Jeshaun Jones tore his ACL in August.

The sophomore, who often has been the Terps’ best target despite two costly drops against the Golden Gophers, won’t let that game define his campaign. Nor will his teammates.

“Dontay’s trying to become a leader on this team,” offensive lineman Ellis McKennie said. “Rebounding from a game like he just had is something that’s important, and I’ve seen him take the right steps to be able to rebound in the right direction.”

The first ball that slipped out of Demus’ grasp gave Minnesota great field position less than a minute into the game. The Golden Gophers converted that into a touchdown not long after. And midway through the second quarter, when the usually sure-handed Demus couldn’t corral Pigrome’s pass once more, cornerback Coney Durr returned the ball to the house.

Both miscues played small roles in the 52-10 loss, and they likely weren’t the difference. Minnesota outplayed Maryland in far too many facets for it to fall squarely on Demus’ shoulders. Still, Demus admitted his first drop might have played into his second.

“I was in my head a little bit,” Demus said. “I’m a good player, they look at me to make plays, so it’s like, frustrating and all that stuff. But can’t look back on it.”

When the Terps watched film of those plays the following Monday, Demus came to grips with the mistakes. He said his focus was to improve, see what he did wrong and correct it, rather than “get mad about what happened or just get in my feelings.”

He takes heart in knowing what he can do — Demus pulled in three receptions for 100 yards and two touchdowns against Howard and added another 10 catches and 105 yards in a loss to Purdue. It’s performances like those that counteract the difficulties he faced against the Golden Gophers.

“He’s like a lot of the young players, a true sophomore, that has the ups-and-downs and the inconsistencies that come with being a young player,” coach Mike Locksley said. “We’ve worked through it. I’ve seen him respond the right way. He gets it. He’s one of those guys that really cares and really wants to do well for his teammates and for himself.”

Demus flashed his potential this year, leading the team in every receiving category. Before Minnesota faced Maryland, coach P.J. Fleck noted how the 6-foot-3 pass-catcher is an “explosive playmaker.”

And while Demus’ performance in that contest didn’t correspond with the ability he has shown throughout the season — or the skillset he believes he possesses — he isn’t letting it nag at him.