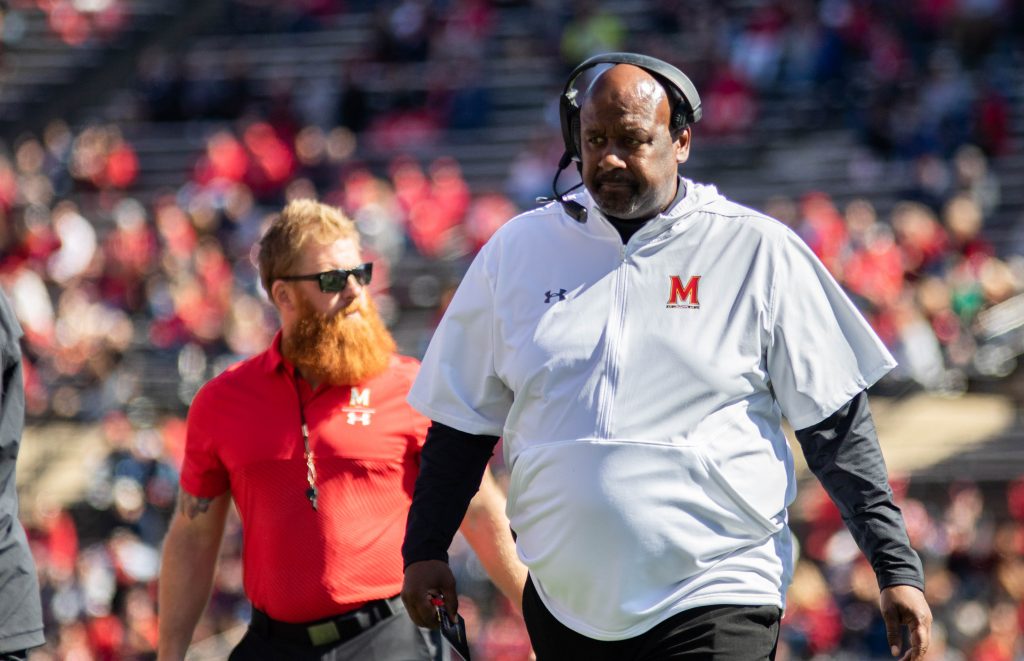 MINNEAPOLIS — Minnesota’s 12-play, 63-yard drive — starting with nine minutes left in the third quarter and ending with a touchdown about eight minutes later — was everything that Maryland football’s offense isn’t.

While the Terps have been reliant on big plays to generate scoring, the Golden Gophers seemed content to nickel-and-dime their way downfield. A second-and-8 turned into a 19-yard pass, the largest chunk play of the drive. A third-and-7 became a first down through the air, too. And when a third-and-9 became a fourth-and-1, Seth Green’s six-yard rush from a wildcat formation converted it with ease.

Running back Rodney Smith finished off that possession with a 1-yard touchdown, an exclamation point on a 103-yard day. But Smith wasn’t alone in the backfield, part of a group that ran for 321 yards and four touchdowns.

For Maryland, which had struggled mightily against the pass in its previous Big Ten onslaughts, Minnesota’s commitment to chewing clock and yardage alike was both new and disheartening. The Golden Gophers possessed the ball for about 25 more minutes than the Terps in Saturday’s 52-10 beatdown, leaving Maryland coach Mike Locksley with a bitter taste in his mouth.

“I really felt like they out-physicaled us,” Locksley said. “I mean, they’re big. But there’s still no reason for us to not be able to control the gaps, have guys running to the football. You know, they didn’t try to throw the ball. So we needed to be able to load the box and get the ball tackled, and we didn’t do a good job.”

Before facing Minnesota, Maryland hadn’t allowed more than 198 rushing yards in a game this season, with teams instead passing for over 300 yards on four occasions. Locksley has said throughout the season he would prefer to not let the opposition establish its running game, because in his mind it’s the quickest way to lose.

But the Golden Gophers managed to whittle away with steady gains, capitalizing on an average gain of six yards on first down to keep third-down attempts reasonable — coach P.J. Fleck’s squad converted seven of its 11 third downs, as well as two fourth downs.

“It’s tough, because when you look up, it’s second-and-5 and then it’s third-and-2, and it’s another first down,” Locksley said. “It’s mentally demoralizing.”

The Terps’ offense struggled to even get on the field, being held to 46 total plays and just 13 in the second half, a far cry from the average of 70 plays through the first seven games this year. Minnesota, meanwhile, ran 76 plays to a familiar tune: 22 passing, 54 rushing.

The Golden Gophers picked up 190 yards on the ground from first-down plays at an average clip of 6.6 yards per carry compared to Maryland’s 3.5 yards per carry in the same situations. They managed a season-high 498 total yards of offense while the Terps posted 210.

In Locksley’s view, it all goes back to the idea of how Minnesota “out-physicaled” his team, a term he used throughout his postgame press conference.

“You try to stop them as much as you can on first and second down, get them into a third-and-long situation,” cornerback Marcus Lewis said, “but it was obviously tough for us.”

As injuries mounted in Maryland’s secondary, teams have noticed opportunities to spread out and pass. In four games so far, the Terps’ opponents have attempted 40 or more passes. And by using spread formations, those foes have successfully forced Maryland’s most seasoned defender, Antoine Brooks, away from the box and into coverage.

Minnesota showed those spread formations, too. But it didn’t pass — it didn’t need to. Instead, Fleck’s offense lined up with receivers galore and ran anyway, which Locksley said was the first time he’d seen an offense do that to his defense in 2019.

More worrisome, though, were the number of solo tackle attempts on ball carriers rather than a swarming defense enveloping a runner.

“That means guys aren’t getting off of blocks,” Locksley said, “and guys aren’t running to the football.”

Locksley noted the Golden Gophers’ size, and it is considerable — the listed weights of their starting offensive line averages at 340 pounds, while Maryland’s starting five linemen clock in at an average of 307. But in his view, much of the debacle at TCF Bank Stadium came down to effort and physicality, two facets a team can’t afford to lose in against an undefeated squad.

“We have a lot of weapons across the board — a three-headed monster in the backfield, a lot of talented receivers and we even had a pick six today,” Minnesota quarterback Tanner Morgan said. “We can do it from any way and just continue to change our best and get better.”

And on Saturday, the Terps ran head-on into that. They left on the receiving end of another beatdown.