For Mike Locksley, building Maryland football back up is a “marathon and not a sprint” 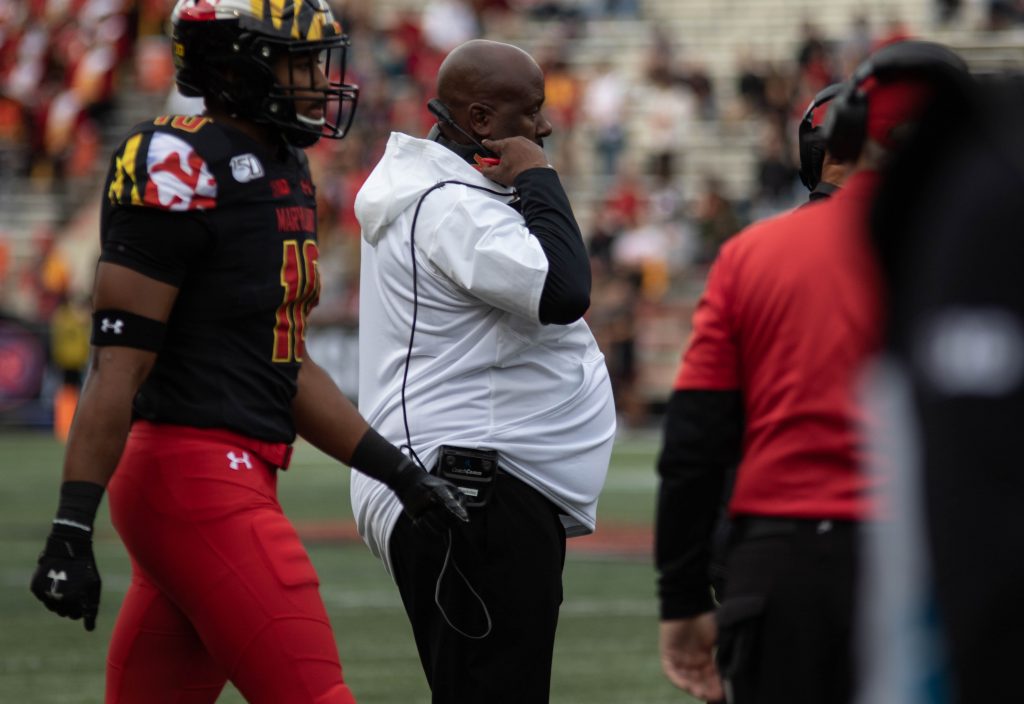 There tends to be a finicky balance early in any coaching stint, when a win-now mentality and a first-year coach go head-to-head. It’s a duo frequently considered mutually exclusive.

There are obvious exceptions. Ryan Day, the 40-year-old Ohio State coach, is undefeated in his first full year as head coach. Jim Harbaugh, in his first year at Michigan in 2015, went 10-3 and won the Citrus Bowl. Paul Chryst won early and often with his Wisconsin team.

But football in Columbus, Ann Arbor and Madison go beyond Day, Harbaugh and Chryst. There’s a framework in place, an allure to a Big Ten program that’s won and won consistently, less top-down overhaul necessary for a new head coach.

With Maryland football, a program recently embroiled in tragedy and turmoil, coach Mike Locksley’s return introduced expectations and excitement to a team devoid of it. Locksley brought with him a Broyles Award as the nation’s top assistant coach while at Alabama and a strong recruiting history.

Rome wasn’t built in a day, though. And at 3-4 with much of the Big Ten gauntlet still ahead, football in College Park won’t be either. In Locksley’s first full stint as the Terps’ head coach, there’s an obvious desire to win. But alongside that, there’s an aim to lay the groundwork for future success.

“The big thing is realizing it’s a marathon and not a sprint,” Locksley said. “Winning isn’t something we talk a lot about. It’s really the process and the habits and behaviors that help you win.”

Instillation of those behaviors, such as learning to practice and prepare for games, started shortly after Locksley arrived. But, as electric as the first two weeks of the season were — scoring a combined 142 points against Howard and then-No. 21 Syracuse — there have been ample low points. Evidence that this team is still in the early stages of an attempted turnaround abounds.

A 20-17 loss to Temple exhibited difficulties finishing the job late in a close game, a theme that popped up once more last week in a 34-28 loss to Indiana. Locksley felt his squad “played to the scoreboard” in losses to Penn State and Purdue, going behind early and losing heart.

“Good teams don’t play to the momentum or the circumstances of the game,” Locksley said, “they just play the next play, regardless of what’s happened in the previous plays.”

These are unsurprising issues for a team forced to rely on inexperienced options following a slew of injuries. True freshmen cornerbacks Lavonte Gater and Deonte Banks have seen significant time on the field because of injuries to Tino Ellis and Marcus Lewis. Ellis is out for the season with an upper-body injury, while Lewis has since returned. Along the offensive line, Spencer Anderson, Austin Fontaine and Jaelyn Duncan are also raw.

Despite the inevitable mistakes that come from learning on the fly, Maryland hopes those players will be better equipped as full-time starters in the future.

“They just got thrown in, but they’re going to have a lot of experience under their belt that they probably wouldn’t have had,” tight end Chigoziem Okonkwo said. “We know it’s a hard thing to do to jump in there as a true freshman.”

There are still opportunities on the schedule to scrounge wins — perhaps nicking a game off undefeated Minnesota, or an up-and-down Nebraska team — but reaching six wins for bowl eligibility appears to be an upward battle.

It’s not an ideal position to be in, particularly for older players such as offensive lineman Ellis McKennie, in his last season in College Park. But this campaign, despite losses likely compounding, can set the stage for Locksley’s program down the road.