“That was the difference”: Indiana’s touchdown before halftime sank Maryland football 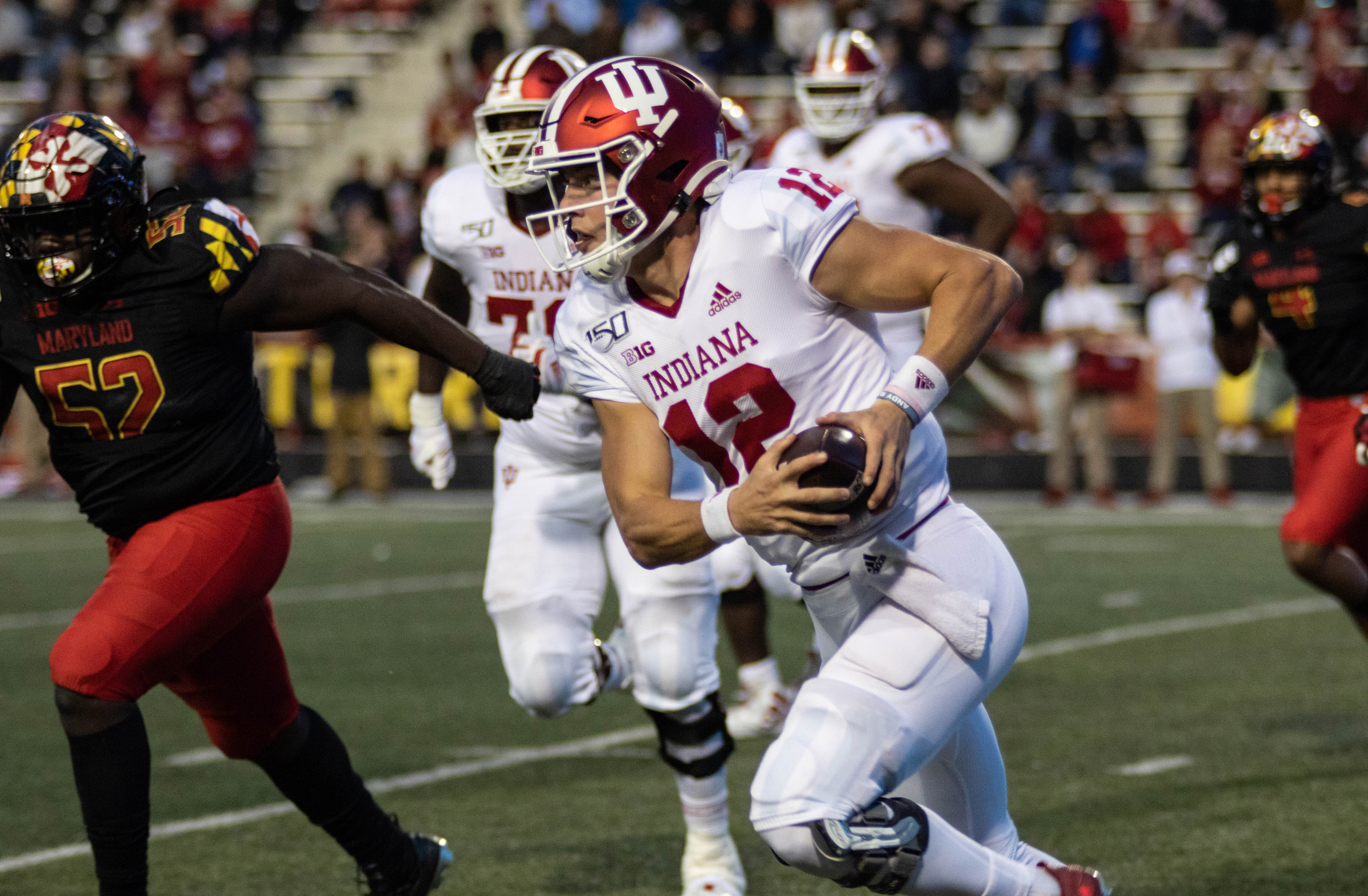 Indiana coach Tom Allen was on the sideline in College Park two seasons ago, in another close matchup against Maryland football, and saw the momentum swing entering the locker room.

Back then, with 37 seconds left before halftime, a 2-yard touchdown pass from Max Bortenschlager to D.J. Moore gave the Terps their first lead, erasing a 14-point first-quarter deficit in an eventual 42-39 win.

So on Saturday, with the roles reversed, Allen understood the importance of wide receiver Nick Westbrook’s diving grab in the corner of the end zone, with 24 seconds on the clock before intermission.

“Man,” Allen told Westbrook, “you may just have won us the game.”

There were still another 30 minutes to play, and after the 26-yard touchdown pass from quarterback Peyton Ramsey, Indiana still held just a three-point advantage. But stealing a score before halftime was key in Saturday’s back-and-forth affair, especially as Maryland’s malleable first-half defense tightened up in the second half.

Coach Mike Locksley and Maryland can point to any number of plays as the bane of its contest — two turnovers on the Terps’ final two possessions, or even earlier, when they allowed touchdowns on the Hoosiers’ opening two drives. But for Indiana, Saturday’s 34-28 win came down to those last-minute points before halftime.

“They were the difference,” Ramsey said. “Nick made a great catch. I truly don’t know how he caught that ball. It was huge getting those points, kind of having some momentum going into halftime.”

And as the second half slowed down — it took the Hoosiers until near the end of the third quarter to add onto their lead, and a late field goal sealed it — Ramsey’s connection with Westbrook proved all the more meaningful.

While Indiana had grabbed a 14-7 lead after its first two drives, Maryland manufactured its own bursts of momentum in the second quarter. First, running back Javon Leake broke away for a 60-yard score, turning an interception into points and tying the contest. Then, after a Hoosiers field goal, the Terps grabbed the lead via quarterback Tyrrell Pigrome’s 15-yard touchdown pass to wideout Dontay Demus.

But on the very next drive, when a stop could have given the ball back to Maryland for its own chance at points before halftime, the defense buckled.

After converting two short-yardage third downs, Ramsey ran down the field with his arms outstretched, meeting Westbrook in the end zone with a hug. Deonte Banks — one of two freshman cornerbacks seeing considerable time due to injuries at the position — was in man coverage. There was no way to defend against Ramsey’s heave or Westbrook’s diving snag, though.

“We were in great position, the receiver made a hell of a catch and the quarterback made a perfect throw,” Locksley said. “It’s our job to find a way to get these guys to be able to make these plays because people are making them on the other side of the ball against us.”

After the game and the third 500-yard offensive performance Maryland’s defense has surrendered this season, safety Antoine Brooks said much of the woes in the secondary come down to a lack of focus or poor communication, exacerbated by the moving parts due to Tino Ellis’ season-ending injury or Marcus Lewis’ absence against Rutgers and Purdue.

Ramsey, who entered in the second quarter for the injured Michael Penix, finished 20-for-27 with 193 yards and a touchdown. But his lone touchdown — to take back the lead entering the break — proved to be the paramount play of Indiana’s win.

“That play right before half,” Allen said, “that was the difference.”