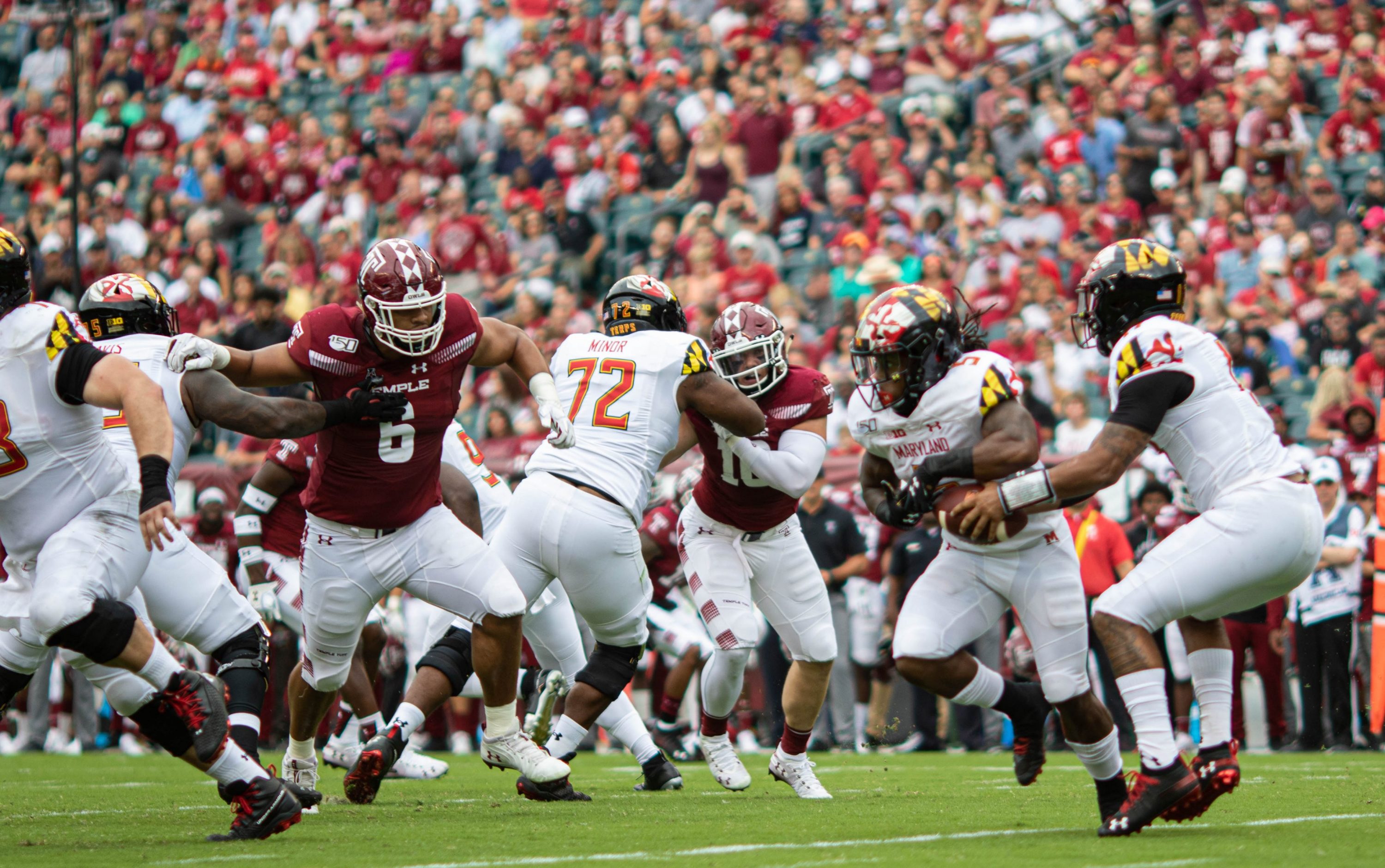 While Locksley didn’t announce a starting quarterback for the Terps’ matchup at No. 17 Minnesota on Saturday, he seemed to hint at Jackson returning under center if this week went smoothly. McFarland will be in the mix once more in the backfield.

Jackson suffered his high ankle sprain just before halftime against Rutgers and missed the past two weeks as a result. Meanwhile, McFarland’s injury has been lingering since he suffered it against Temple on Sept. 14. The redshirt sophomore running back missed his first contest in last week’s 34-28 loss to Indiana.

“Both those guys are back at full 100 percent,” Locksley said. “They practiced yesterday, they are at 100 percent in terms of their expectations to play this Saturday.”

Although Jackson is healthy and back at practice, Locksley won’t rule out Tyrrell Pigrome as this week’s starter against the undefeated Golden Gophers.

In Jackson’s absence, Pigrome passed for over 400 yards and rushed for another 100 in his two games as the starter. However, he threw two costly interceptions in both matchups — a pick-six before halftime against Purdue and a game-ending interception on Maryland’s final drive against Indiana.

“It’s good to have both [Jackson and McFarland] back as weapons for us from an offensive standpoint,” Locksley said.

Junior running back Javon Leake filled the void left by McFarland last week and made the most of his opportunity. The Greensboro, North Carolina, native rushed the ball 23 times for 158 yards and two touchdowns, although the performance was marred by a critical fumble late in the game.

Leake knows that he and McFarland pack a formidable one-two punch and is excited for the possibility of flying under the radar now that his backfield mate has returned.

“He’s a real special player,” Leake said. “Just having him on the field, doing what he does, they’re definitely going to be focused on him.”

McFarland’s role is defined, but Locksley was non-committal when it came to Jackson. While his ankle brace is gone, he still needs to prove his health in a full practice.

The Terps’ head coach seemed to indicate that if Jackson has a good week in practice, then he will likely get the starting nod. But Locksley also noted that Pigrome and third-string quarterback Tyler DeSue were getting reps with the first-team offense.

“We haven’t made a determination on the starter yet,” Locksley said. “That’ll probably be closer to a game-time decision. As we get through practice, we can make sure that [Jackson] is 100 percent back.”