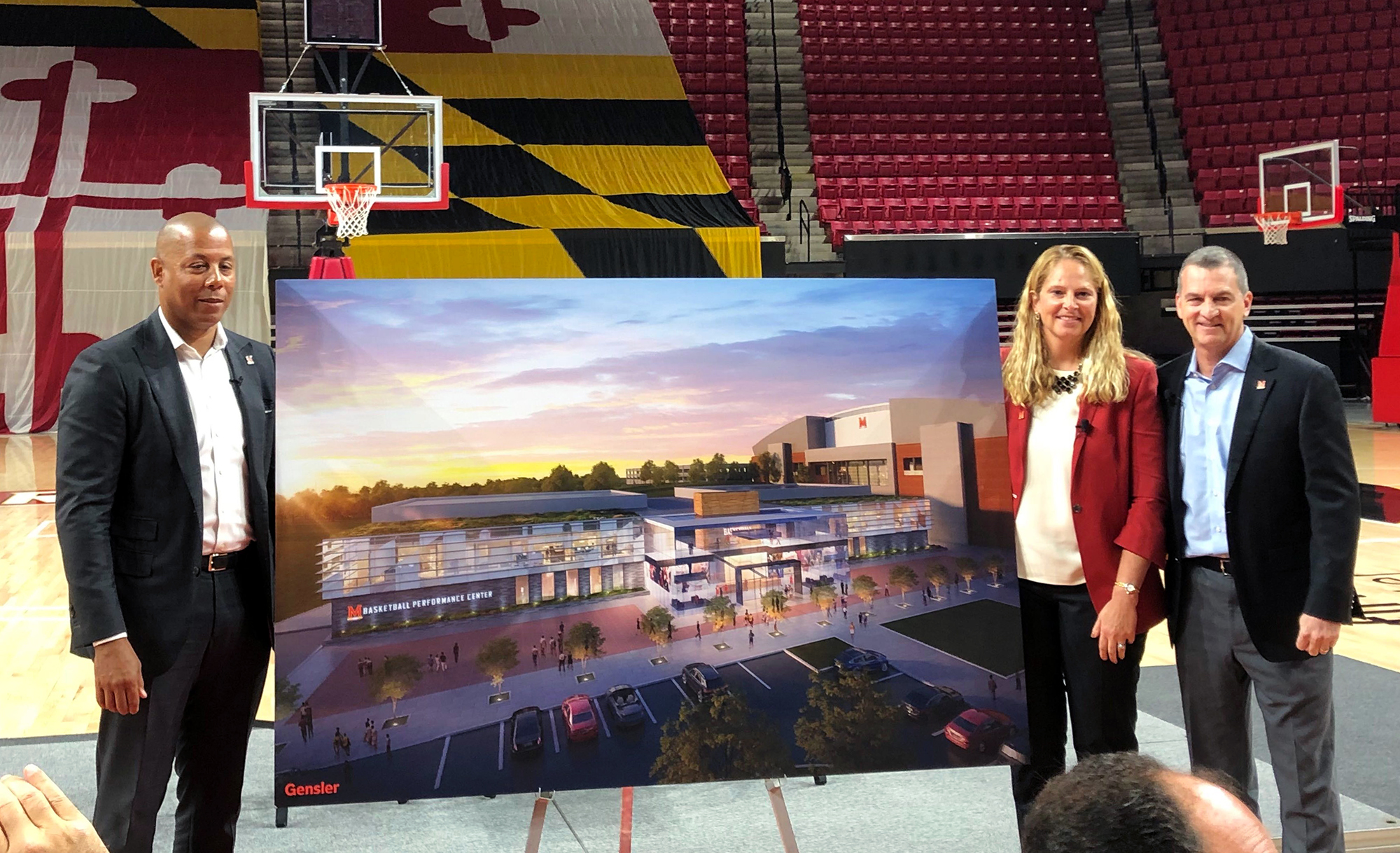 Surprise, surprise — the University of Maryland is building another multi-million dollar sports complex, this time for basketball.  While the redevelopment of Cole Field House is projected to wrap up next year, the university will soon begin another long-term construction project to serve athletes and coaches instead of the larger campus community.

This isn’t surprising, of course. Overspending on sports facilities has become so prevalent at universities nationwide that the Washington Post deemed it an “arms race.” Despite our athletic department’s attempts to justify it, the facility is just another example.

During the announcement of the new facility Tuesday, men’s basketball coach Mark Turgeon himself called athletic facilities development “an arms race,” as well but still asserted the new facility is necessary.

The justifications that Turgeon and the department have for this “need,” however, are deeply underwhelming. He referenced one instance in which his team missed practice last winter due to commencement, and women’s basketball coach Brenda Frese lamented about how both teams prefer to practice in the afternoon, but have to compromise due to space.

It’s hard to believe scheduling conflicts and a missed practice are anywhere near enough justification to raise and spend $36 million on a new training facility. Some athletic department representatives suggested that inconvenience wasn’t the only reason. One spokesperson pointed out only one other Power 5 program doesn’t have a separate training facility. But if this university’s basketball needs were the project’s only motivator, this shouldn’t be relevant anyways.

The point isn’t just to look larger and wealthier to opponents at other schools. Athletic programs are often competing over the same high school recruits, and outdoing each other in fancy training facilities is one way to beat out — or at least stay on par with — other schools. One extreme case is Clemson University, whose $55 million football facility includes bowling alleys, a miniature golf course, and a barber shop. These amenities have little or nothing to contribute to players’ performance, and exist primarily to appeal to high school recruits who might prefer a school with extra perks. Recruitment is certainly a driving factor for this university’s decision to build a basketball facility, with the website dedicated to the project even referencing the “competitive edge” the department hopes to gain in attracting new players.

Recruiting good players is a reasonable priority for our athletic department. But the university doesn’t need to be diverting its efforts to hyper-commercialized facilities built to attract recruits. Although private donations will fund the facility, this university is walking a thin moral line in presenting it as necessary. It shouldn’t be asking for donations for frivolous symbols of status, but should encourage donors to spend on projects that will serve the general campus community, like eliminating the persistent and dangerous mold problems, adding much needed AC units to dorms or improving accessibility.

Athletic programs in general should be working toward dropping this financially wasteful competition. But every time another extraneous facility such as this is built, more pressure is added to the race. It’s shameful to watch this university compete in such a petty competition to win the affection of young athletes, and further fuel the cycle of unnecessary commercialization in college athletics.